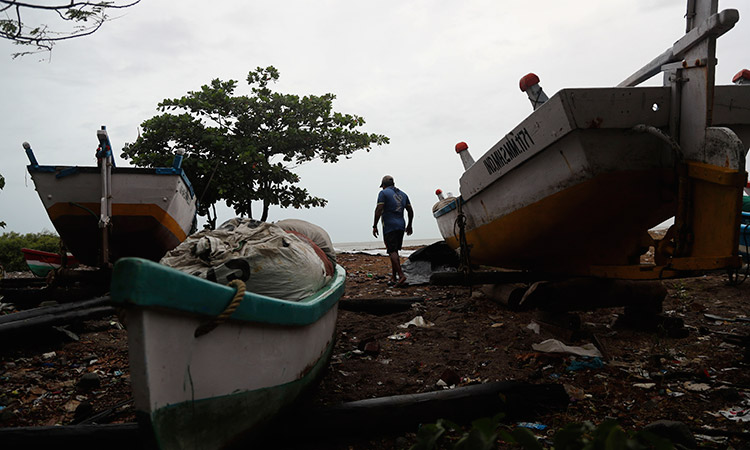 A fisherman walks near boats anchored on the shores of the Arabian Sea in Mumbai, India, on Wednesday. Rafiq Maqbool/AP

A cyclone made landfall on Wednesday south of India's financial capital of Mumbai, with storm surge threatening to flood beaches and low-lying slums as city authorities struggle to contain the coronavirus pandemic.

Some 100,000 people were evacuated from low-lying areas in Maharashtra and neighbouring Gujarat, according to the Press Trust of India news agency. Both states, already among the hardest hit by the coronavirus pandemic, activated disaster response teams, fearing extensive flooding could further impair overwhelmed health systems.

Flight operations have been stopped at Mumbai airport till 7 pm, according to a well-known Indian TV channel.

At least 100 missing in Zimbabwe after cyclone

In the state capital Mumbai, the home of Bollywood, India's largest stock exchange and more than 18 million residents, high winds whipped skyscrapers and ripped apart shanty houses near the beach.

Mumbai hasn’t been hit by a cyclone in more than a century, raising concern about its readiness. In the hours before the storm hit India's shores, drivers and peddlers deserted Mumbai's iconic Marine Drive, fishermen yanked their nets out of the wavy Arabian Sea and police shooed people away from beaches.

As the cyclone wended its way up India's western coast, homes in city slums were boarded up and abandoned, and municipal officials patrolled the streets, using bullhorns to order people to stay inside.

Cyclone Nisarga was forecast to drop heavy rain and sustained winds of 100 to 110 kilometres (62 to 68 miles) per hour through Wednesday afternoon after slamming ashore near the city of Alibag, about 98 kilometres (60 miles) south of Mumbai, India's Meteorological Department said.

The state of Goa, south of Maharashtra, already received 127 milimetres (5 inches) of torrential rain — about a week's average, the agency said. A man sit on a bench as it rains by the shores of the Arabian Sea in Mumbai, India, on Wednesday. AP

"If hospitals and clinics are damaged by the cyclone, the city won’t be able to cope with the large number of COVID-19 cases, and social distancing measures will become virtually impossible to follow,” Bidisha Pillai, chief executive of Save the Children in India, said in a statement.

Some 200 COVID-19 patients in Mumbai were moved from a field hospital built beneath a tent to another facility to avoid the risk of strong wind gusts, officials said.

N. Pradhan, director of India's National Disaster Response Force, said in a video statement that evacuations were nearly complete and that social distancing norms were being followed in cyclone shelters.

"Let us fight this danger like we are standing up to the corona pandemic and are on our way to defeat it. Likewise, we will prevail over this situation too!” Maharashtra's top official, Chief Minister Uddhav Balasheb Thackeray, tweeted.

The cyclone also threatened to worsen prospects for an economic turnaround as a 9-week-long coronavirus lockdown began to ease this week. India has reported more than 200,000 cases and 5,800 deaths due to the virus, and epidemiologists predict that the peak is still weeks away. An official makes an announcement to stay indoors before cyclone Nisarga makes its landfall, in Mumbai, India. Reuters

Maharashtra, which accounts for more than a third of India's cases, has seen the rate of infection slow in recent days, beneath India's national average.

Some special trains departing from Mumbai that for weeks have carried millions of economic migrants who lost their jobs in lockdown were rescheduled, and newly restored domestic airline travel postponed.

Such storms are less common in the Arabian Sea than on India's east coast, usually form later in the year and do so over a longer period. But Nisarga may represent the ways in which the warming of oceans due to climate change is already altering lives, experts said.

The frequency of cyclones in the Arabian Sea is predicted to increase, said Adam Sobel, a climate scientist at Columbia University.

The temperature of the top layer of the sea, from which the cyclone draws its energy, is "unusually high,” said K.J. Ramesh, former chief of India’s Meteorological Department. Much more frequent and intense cyclones have been appearing over a shorter time in recent years due to climate change, he said.

"Forecasting such storms becomes a challenge,” he said. 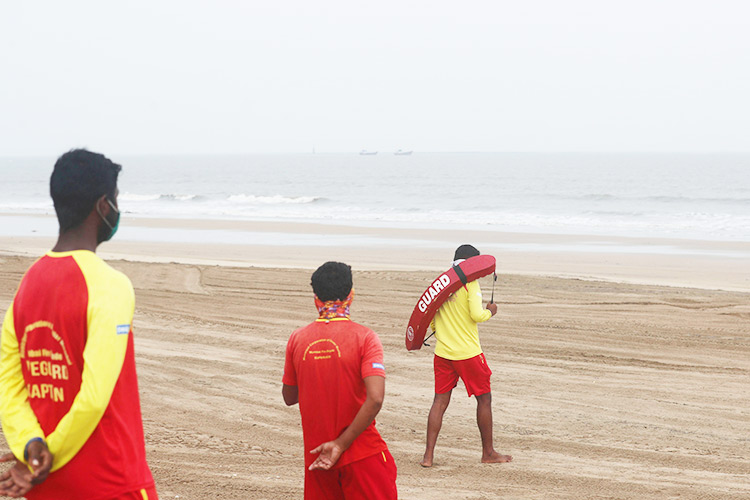 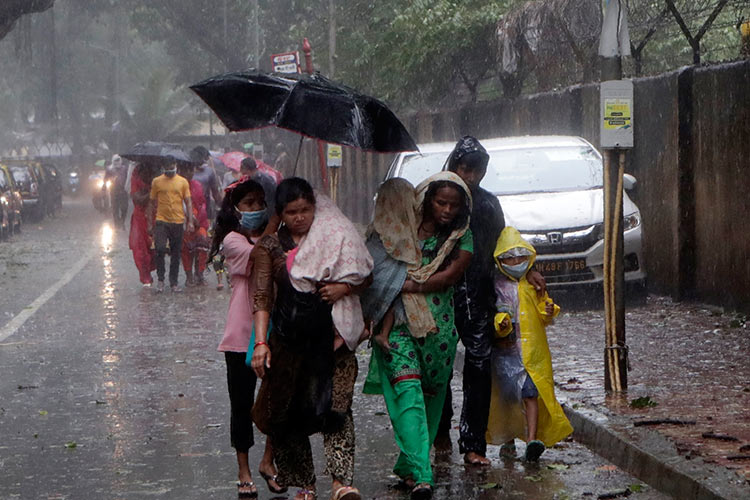 Two people were reported dead on Wednesday as coronavirus-hit Mumbai appeared to escape the worst of Cyclone Nisarga, the first severe storm to threaten India's financial capital in more than 70 years.