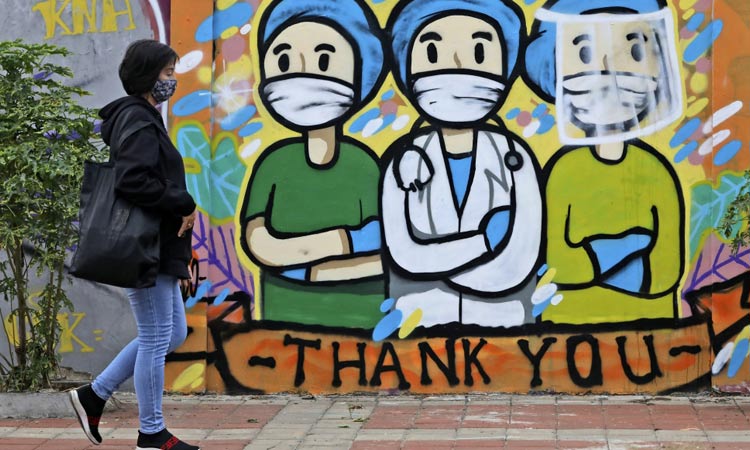 A woman walks past a mural honouring health care workers during the new coronavirus outbreak in Jakarta, Indonesia. AP

A 100-year-old Indonesian woman has recovered from coronavirus, making her the country's oldest survivor of the deadly respiratory illness.

Kamtim, who like many Indonesians goes by one name, was discharged from hospital this week after a month of treatment in her hometown Surabaya, Indonesia's second-biggest city, officials said. 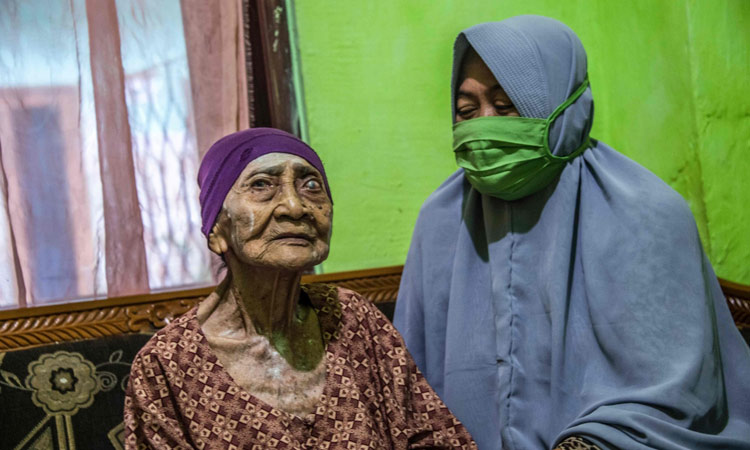 Kamtim, 100, sits in her living room with her daughter-in-law Siti Aminah in Surabaya, East Java, on Monday. AFP

East Java Governor Khofifah Indar Parawansa said she hoped Kamtim's story would give a boost to at-risk residents — the illness is especially dangerous for older people and those with chronic conditions.

"I hope her recovery can motivate elderly people during the pandemic," Parawansa added.

Born in 1920, Kamtim was taken to hospital last month after showing symptoms and she was later confirmed to have contracted the virus.

Siti Aminah, the woman's daughter-in-law, chalked up her recovery to "discipline and persistence".

"Every day I checked her condition with nurses and they always told me that she was very strong and diligent about taking her medicine," Aminah told AFP. "She was very motivated to get better."

It was not clear how the home-bound woman contracted the virus.

"She probably got it when people from the neighbourhood came around to visit since she never goes outside," Aminah said.

On Monday Indonesia has confirmed more than 26,940 cases of coronavirus and 1,641 deaths.

But the sprawling Southeast Asian archipelago of more than 260 million has among the lowest testing rates in the world.

Researchers estimate the true number of virus infections and fatalities is several times the official toll.