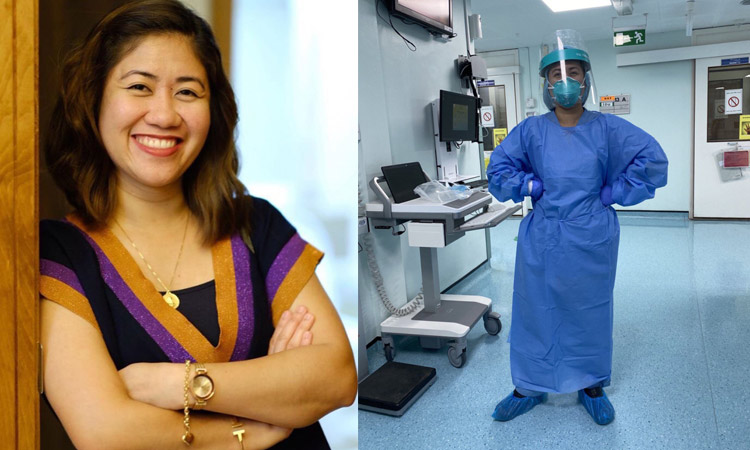 Jessa Dawn Ubag poses for photos at her home (left) and a ward at Rashid Hospital Dubai.

Giving hope is a major part of nursing infectious disease patients who are also battling loneliness in isolated rooms, according to a Filipina nurse.

"We think we are an instrument of hope to give spiritual, mental and emotional support also to our patients in time of despair. That’s why when Abu Dhabi’s Crown Prince personally appreciated me, I felt he was recognising all nurses for spreading hope," said Jessa Dawn Ubag, 31, a staff nurse at Infectious Disease Unit at Rashid Hospital in Dubai.

She was sharing her experience with WAM, about her video conference with His Highness Sheikh Mohamed Bin Zayed Al Nahyan, Crown Prince of Abu Dhabi and Deputy Supreme Commander of the UAE Armed Forces, in the third episode of the Sheikh’s virtual majlis on May 13.

Sheikh Mohamed appreciated all the frontline medical workers for their sincere efforts to contain COVID-19.

"His words have inspired me and my fellow nurses to spread more hope to patients and community at large. We nurses felt that somewhat are heroes in our own small way. It has inspired me to be a better nurse and a better instrument of hope," said Ubag who has been working at Rashid Hospital for six years. 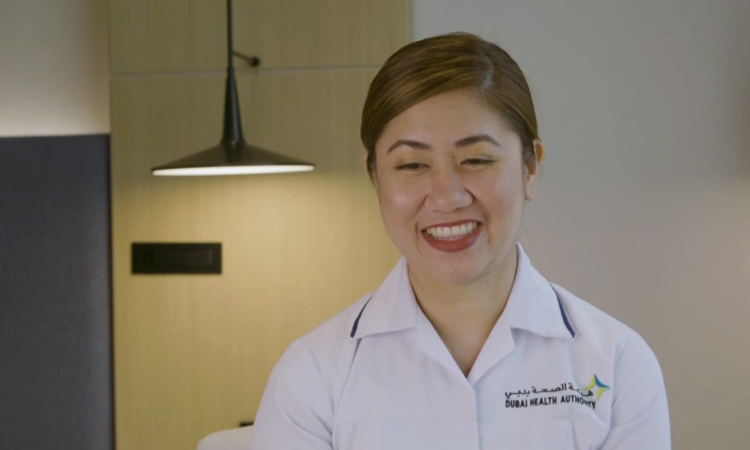 "When patients are in critical condition and put on life-support systems, it is more stressful. We [colleagues] support each other and give a feeling to those patients: ‘You are not alone, we are with you,’" Ubag said.

"When critically-ill patients get well and go home with a smile, expressing their heartfelt thanks, we realise the importance of our human touch in our job."

Taking care of stringent medical treatment regimen is only a half part, the rest is mental and emotional wellbeing of the patient, especially handling their anxieties and fears, the staff nurse said, adding that caring for each patient irrespective of his or her class or creed is the first step in that direction.

"This country treats its citizens and foreigners alike. The idea of tolerance and accepting people of all nationalities from across the globe have created a social environment that resonates well with our professional values of compassion, empathy and caring to others," Ubag explained.

After speaking to Sheikh Mohamed, she felt how such values have effectively communicated from the top leadership to the grassroots of the government and society.

"I got this opportunity despite being a foreigner. I am a Filipina and I felt it was a recognition to the Filipino community in the UAE along with all frontliners," said Ubag who is from Dumaguete City, Negros Oriental in the Philippines.

While speaking to Sheikh Mohamed, she got an impression that she was "talking to someone who knows me for a long time."

Then she laughed at her own nervousness and fear she had before the conversation. "Within seconds I realised his genuine personality and humility. He made me feel comfortable," she said.

"I admire his sincerity and thoughtfulness to ask about my family and wellbeing here.

"It was a nice experience to hear from him and to know that all our efforts during this pandemic are highly appreciated."

A B.Sc. Nursing graduate from the Philippines, she moved to Dubai in 2014 after working back home for three years. Her older sister is also a nurse in the UK.

"I don’t have any big dreams. I would like to start my own family, that’s my dream," said the single woman. 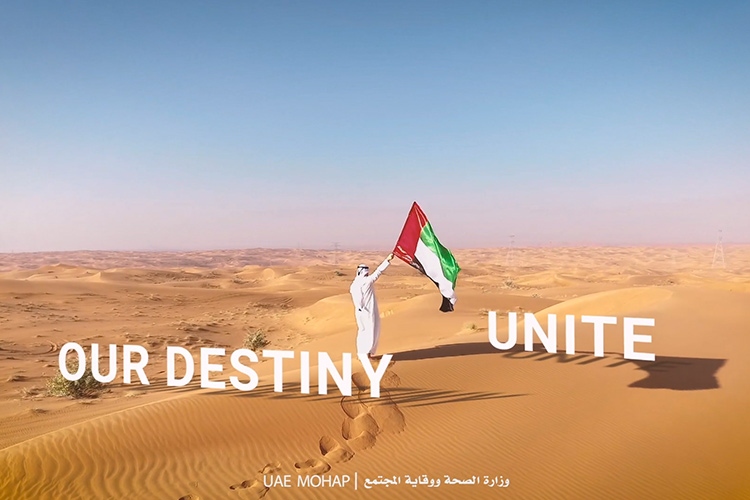 The ministry has highlighted the vital role of the nursing and medical cadres as being the frontline of defence for the health of society in the provision of healthcare, especially in light of the new coronavirus crisis. 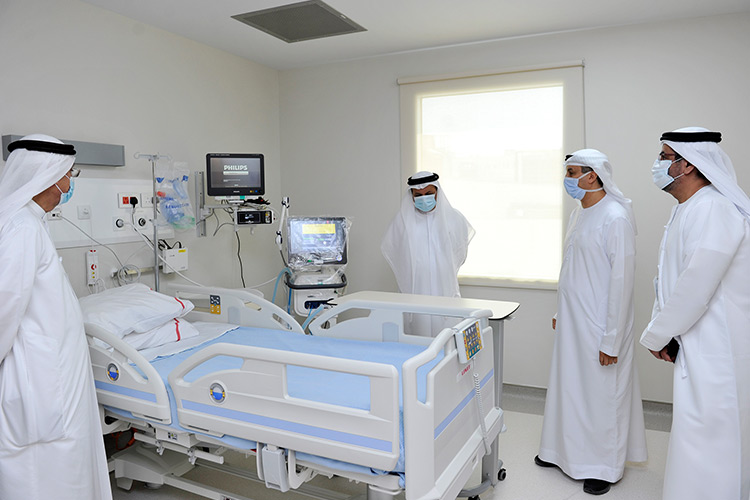 “This period may be reduced to seven days in some cases such as professions in vital sectors or for those who came from low risk countries,” NCEMA added.