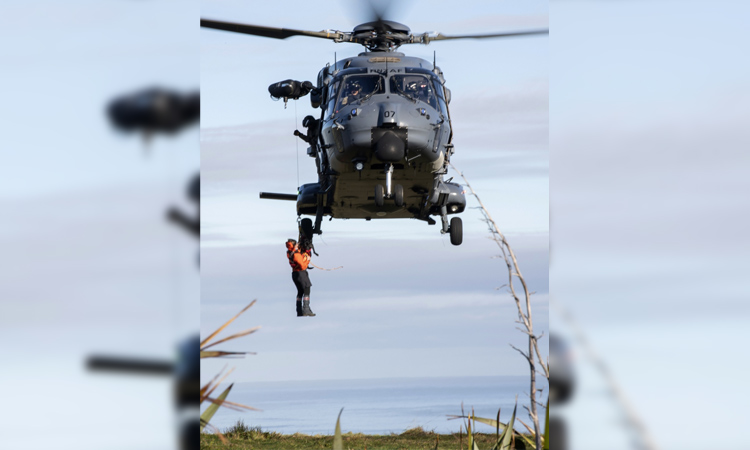 A helicopter hoists a search rescue worker aboard during a rescue operation to find two missing trampers in the Kahurangi National Park in New Zealand. AP

Two New Zealand hikers survived 19 days in a rugged national park home to the shooting location for the "Mines of Moria" in the Lord of the Rings films, drinking puddle water to stay alive, they said on Thursday.

Dion Reynolds and Jessica O'Connor, both 23, set off on a five-day camping trip in Kahurangi National Park on the South Island on May 8 but became disorientated in heavy fog. 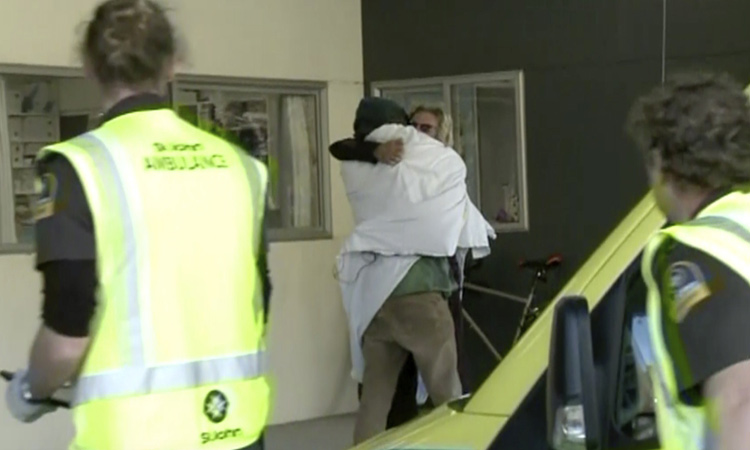 One of the two hikers found alive is wrapped in a white blanket hugs another person as they enter a hospital in Nelson. AP

A military helicopter rescued them on Wednesday after a huge search operation in the area, which was the shooting location for Frodo and the Fellowship's escape from the grim Mines of Moria in Peter Jackson's blockbuster Lord of the Rings films.

Reynolds said they became lost in fog that lasted three days, and boiled water from "a little rocky puddle" to drink as their food supplies dwindled.

"We were very lost at this point," he told Radio New Zealand, saying they eventually decided to make camp and "wait out our injuries."

"It was 13 days with no food but the saving grace was that two minutes' walk across the gully was a fresh mossy stream that was nice and clean for us to drink — that's what kept up alive."

He said a helicopter flew within 50 metres at one point but failed to spot them, prompting the pair to light a fire to signal future searchers. 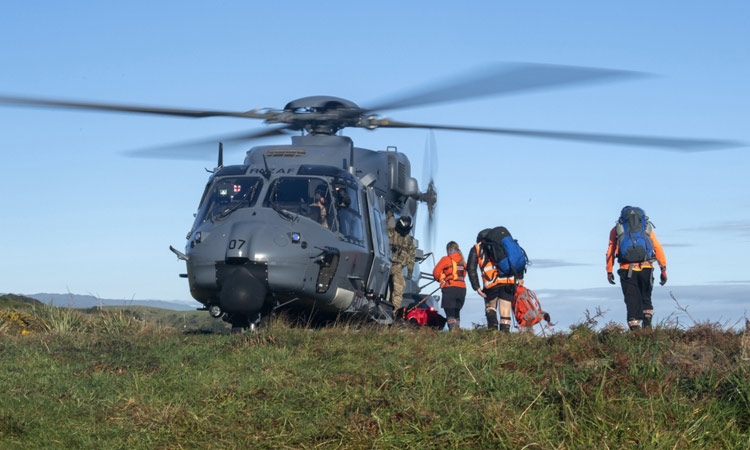 A helicopter waits as search and rescue workers board during a rescue operation to find two missing trampers in New Zealand. AFP

The tactic paid off about a week later, when another chopper saw the column of smoke and found them.

Reynolds said he and O'Connor, both experienced hikers, never gave up hope, although he admitted that at times during the ordeal it was difficult to remain optimistic. "It was a surreal experience, trying to keep positive and keep hope up," he said.

"Jess and I would wake up in the morning and say 'if it's not today (rescue), it's tomorrow', we were lifting each other and we'd make sure neither of us was going to break down."

He said one of the helicopter crew gave him a snack as they flew out of the wilderness, describing it as "the best chocolate bar I've ever had in my life."