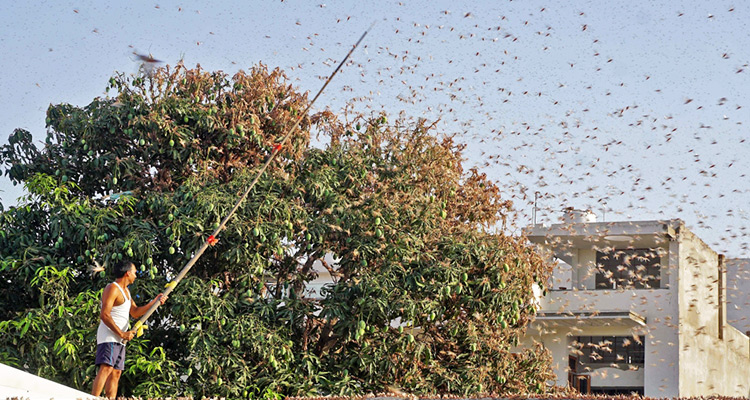 A resident tries to fend off swarms of locusts from a mango tree in a residential area of Jaipur.

Huge swarms of desert locusts are destroying crops across western and central India, prompting authorities Tuesday to step up their response to the country's worst plague in nearly three decades.

Drones, tractors and cars have been sent out to track the voracious pests and spray them with pesticides. The locusts have already destroyed nearly 50,000 hectares (125,000 acres) of cropland.

"Eight to 10 swarms, each measuring around a square kilometre are active in parts of Rajasthan and Madhya Pradesh," the government's locust Warning Organisation's deputy director K.L. Gurjar told a section of the media.

The insects caused massive damage to seasonal crops in both states, devastating many farmers already struggling with the impact of a strict coronavirus lockdown. 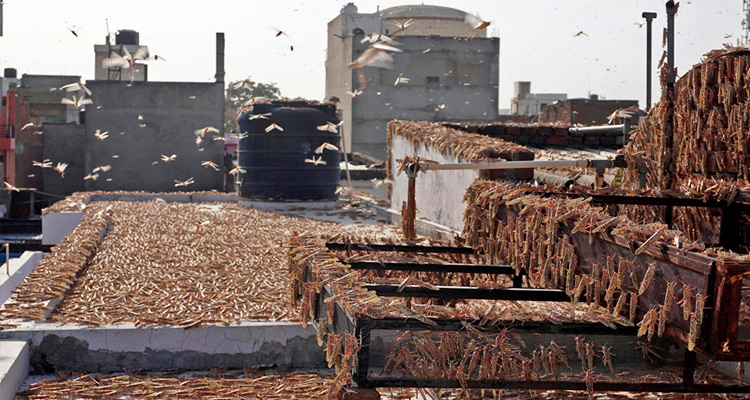 Swarms of locusts are seen atop a residential building in Jaipur.

They destroyed harvests in the agricultural heartlands of neighbouring Pakistan in April, before entering Rajasthan.

Smaller swarms are also active in a handful of states across India, Gurjar said.

A swarm of 40 million locusts can eat as much food as 35,000 people -- or six elephants -- according to UN's Food and Agriculture Organisation.

Residential areas in the state capital Jaipur were overwhelmed by the insects as bewildered locals banged on pots and pans to try and ward off the insects.

Experts warn the situation could worsen with more expected to reach India via Pakistan from the Horn of Africa in June.

Heavy rains and cyclones enabled unprecedented breeding and the rapid growth of locust populations on the Arabian peninsula early last year, according to the United Nations.

India has not seen locust swarms on this scale since 1993 when it experienced a widespread plague, the warning centre said.

locusts destroy crops in some parts of Rajasthan close to the border with Pakistan most years, but it is rare for the insects to move further into the state.

Wind patterns have been pushing the swarms southwest, the locust warning centre said. 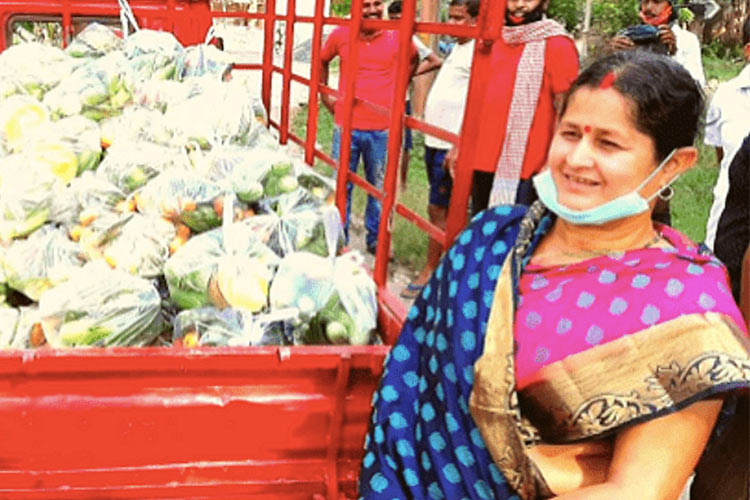