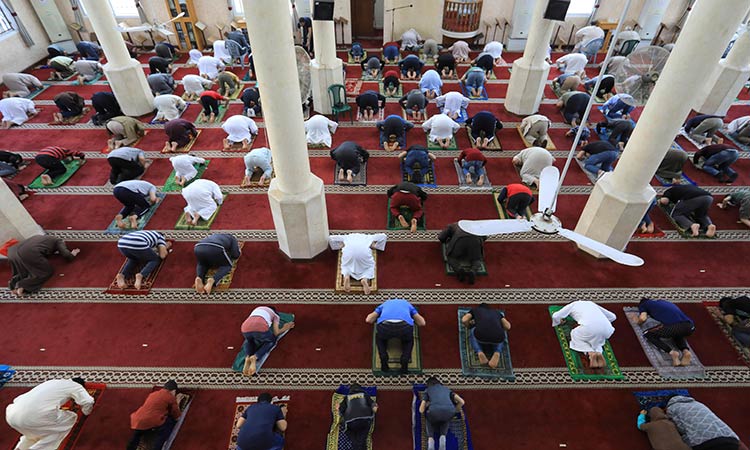 Palestinians perform an Eid Al Fitr prayer despite concerns over coronavirus at a mosque in Gaza City on Sunday. AFP

Muslims around the world began marking a sombre Eid Al Fitr on Sunday, many under coronavirus lockdown, but lax restrictions offer respite to worshippers in some countries despite fears of skyrocketing infections.

The festival, one of the most important in the Muslim calendar marking the end of the holy month of Ramadan, is traditionally celebrated with mosque prayers, family feasts and shopping for new clothes, gifts and sweet treats.

But this year, the celebration is overshadowed by the fast-spreading respiratory disease, with many countries tightening lockdown restrictions after a partial easing during Ramadan led to a sharp spike in infections.

Residents celebrate virtual Eid as they stay at home

Further dampening the festive spirit, multiple countries -- from Saudi Arabia to Egypt, Turkey and Syria -- have banned mass prayer gatherings, a festival highlight, to limit the spread of the disease.

Saudi Arabia, home to Islam's holiest sites, began a five-day, round-the-clock curfew from Saturday after infections more than quadrupled since the start of Ramadan to around 68,000 -- the highest in the Gulf. 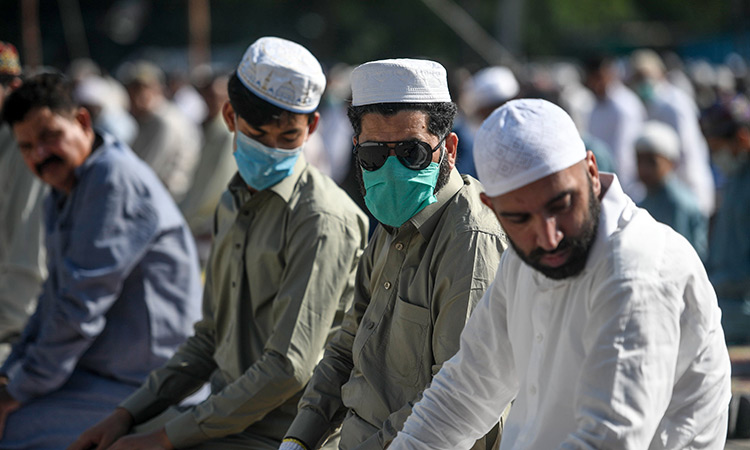 The festival is traditionally observed with mosque prayers.

Eid prayers will be held at the two holy mosques in the cities of Mecca and Medina "without worshippers", authorities said on Saturday, citing a royal decree.

Mecca's Grand Mosque has been almost devoid of worshippers since March, with a stunning emptiness enveloping the sacred Kaaba -- a large cube-shaped structure towards which Muslims around the world pray.

In Lebanon, the highest Sunni religious authority has announced the reopening of mosques only for Friday prayers. Worshippers, however, will be subject to temperature checks and sanitary controls before they enter. 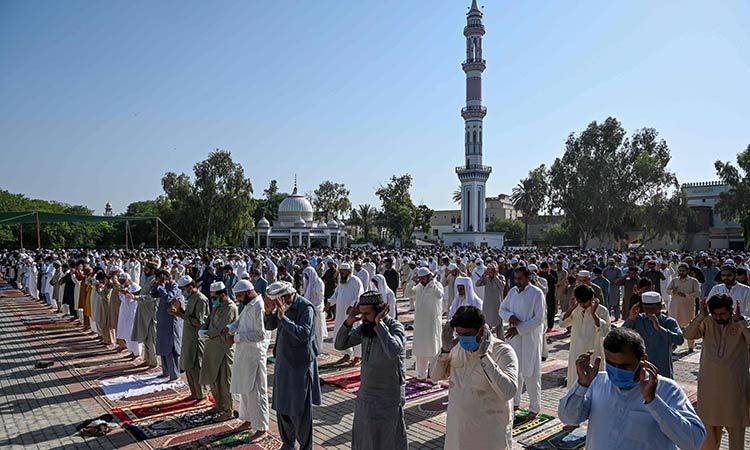 "For over two months my children were homebound," said Ishrat Jahan, a mother of four, at a bustling market in the Pakistani city of Rawalpindi.

"This feast is for the kids, and if they can't celebrate it with new garments, there is no point in us working so hard throughout the year."

Pakistan, which gave into religious pressure by allowing mosque prayers throughout the fasting of Ramadan, is yet to make a decision over mass gatherings during Eid.

In Indonesia -- the world's most populous Muslim nation -- people are turning to smugglers and fake travel documents to get around bans on the annual end-of-Ramadan travel that could send infections soaring.

More than 3,500 Tunisians who travelled home just ahead of the holiday will have to spend it away from their families, forced to quarantine for two weeks in hotels after arriving from abroad.

Atef Maherzi, a doctor repatriated Tuesday from Saudi Arabia, said she would be catching up with family over Skype, foregoing her usual role of host.

"Usually, I'm the mistress of the house, but this time, my husband will receive the guests alone." 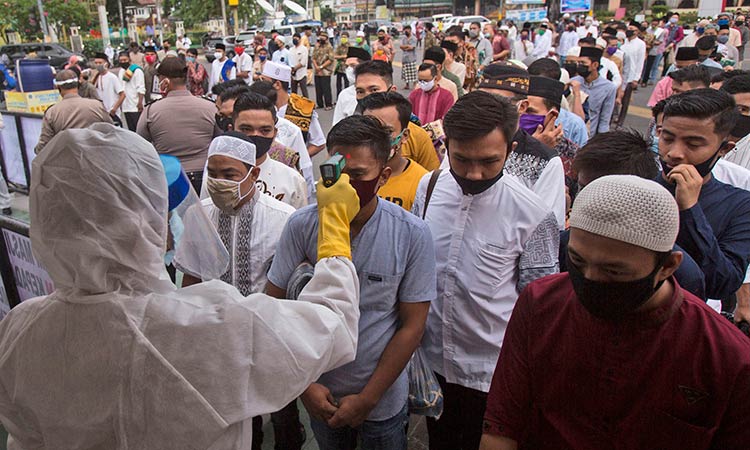 A health worker in a protective suit checks the temperature of worshippers prior to entering Al Mashun Grand Mosque in Medan, North Sumatra, Indonesia, on Sunday. AP

The COVID-19 death tolls across the Middle East and Asia have been lower than in Europe and the United States, but numbers are rising steadily, sparking fears the virus may overwhelm often underfunded healthcare systems.

Iran, which has experienced the Middle East's deadliest outbreak, has called on its citizens to avoid travel during Eid as it battles to control infection rates.

Iran shut schools and places of worship and banned inter-city travel for the Persian New Year holidays in March, but the restrictions were recently eased.

Health Minister Saeed Namaki said that the country was focusing hard on avoiding "new peaks of the disease" caused by people "not respecting health regulations".

The exact date of Eid has yet to be set in the Shiite-majority country, but will likely be Monday, in line with the Shiite community's celebrations in Iraq, as announced by top cleric Grand Ayatollah Ali Sistani.

Sunnis in Iraq will mark the start of the festival on Sunday.