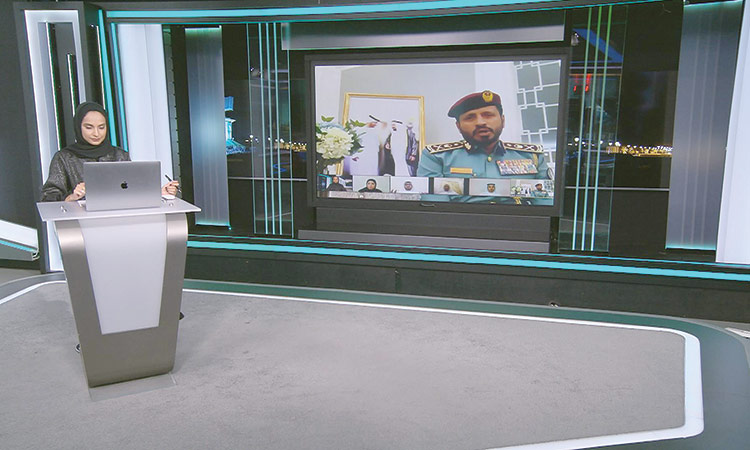 The sterilisation drive in Sharjah has already clocked 330,000 hours and the mission is far from over. The campaign is still ongoing. In fact, Sharjah City Municipality has further intensified the preventive measures against Covid-19 during Eid Al Fitr holidays.

Director General of Sharjah City Municipality Thabet Salem Al Tarifi made this announcement during a press conference hosted by the Sharjah Government Media Bureau, in partnership with the Sharjah Broadcasting Authority, to talk about the various precautionary and preventive measures undertaken by the Emirate during the Eid Al Fitr holidays against the Covid-19 virus.

Addressing the media, Al Tarifi said, “The national sterilisation programme was launched early on in the Emirate of Sharjah. The Sharjah City Municipality, in cooperation with Beeah, the Sharjah environment company, has been relentlessly working to sterilise all roads, offices and establishments as well as residential, commercial and industrial areas in the Emirate. The sterilisation drive has already clocked 330,000 hours and the mission is far from over. The campaign is still ongoing.”

Commander-in-Chief of Sharjah Police Major General Saif Al Zari Al Shamsi stressed that the preventive measures undertaken by the Emirate and the UAE since the outbreak of the global Coronavirus pandemic will continue during the Eid Al Fitr holidays days.

Besides, Al Shamsi explained, a number of other intensive steps are also being taken by Sharjah Police to check the spread of the disease.

These steps include the intensification of 24/7 patrolling by police in the Emirate. As many as 365 police patrols have been deployed to enforce a strict lockdown in the Emirate during the national sterilisation campaign.

The Sharjah Police chief pointed out that since the outbreak of COVID-19, Sharjah Police have been constantly working in cooperation with the Sharjah Municipality to execute the national sterilisation programme in the length and breadth of the Emirate. The presence of police patrols has also been significantly intensified in Sharjah’s industrial areas, which are home to a large number of workers, to ensure they observe precautionary measures enforced by the authorities, Al Shamsi added.

Over the past few weeks and months, he pointed out, the Sharjah authorities have also been running a massive awareness campaign across the Emirate about the disease and how members of the public could protect themselves from it.

Speaking on the occasion, Fahd Al Khumairi, Director of the Registration and Licensing Department at the Economic Development Department, said that the Emirate could allow more economic activities based on an improvement in the situation and in accordance with the advice of the National Emergency Crisis and Disaster Management Authority (NCEMA).

He explained that the Economic Development Department has stepped up inspection of salons, restaurants, cafeterias and shops to ensure that they meet all the precautionary and preventive standards, and the violating facilities are being immediately closed.

He added, “Shopping malls will be thoroughly inspected during Eid Al Fitr to ensure that they meet all the approved precautionary standards.”

Sharjah’s sterilisation operations are distinguished by the use of the latest sustainable and environmentally friendly means that cover emissions from its air and surface disinfection mechanisms, ranging from 40 to 50 metres.

As the streets of Sharjah were being sanitised, the residents expressed their appreciation for the emirate’s efforts to protect them from the spread of the epidemic. On several occasions, they stood on the balconies of their homes to greet the teams working in sterilisation operations.