VIDEO: India sends more health workers to the UAE to join the battle against COVID-19 - GulfToday

VIDEO: India sends more health workers to the UAE to join the battle against COVID-19 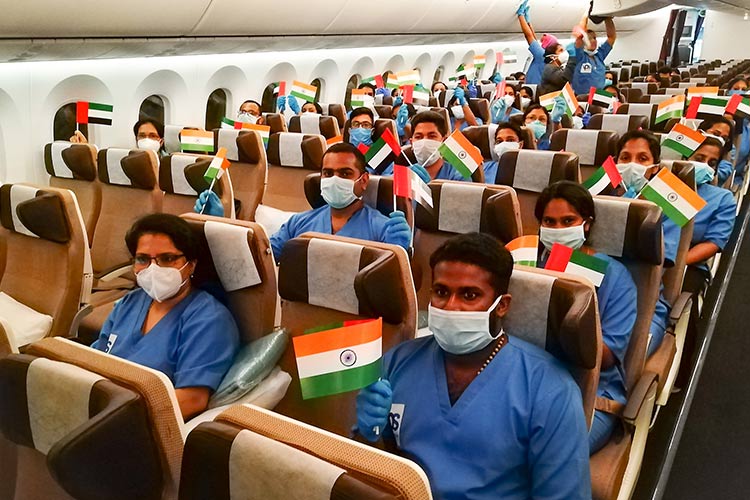 Doctors and nurses pose for a photograph ahead of the take off from Kochi airport.

Another batch of doctors and nurses left the southern Indian port city of Kochi for the UAE on Wednesday to join the ongoing battle against the new coronavirus.

The 150-member critical care team will be working in various COVID-19 hospitals across the UAE, adding to the nation’s existing workforce, according to officials.

An Etihad flight left for Abu Dhabi from Cochin International Airport early morning carrying the team that comprises members from almost all parts of Kerala state.

They reached the UAE’s national capital later in the morning and proceeded to various centres, they said.

Abu Dhabi-based VPS Healthcare conglomerate, which arranged their travel, said it would further strengthen the UAE government’s efforts in combating the virus.

The medical team received permissions from the authorities of both countries before they finalised their travel plans, it said in a statement here.

Of them, 75 are recruits and the rest vacationing employees of the VPS Healthcare, which runs a tertiary care hospital in Kochi and other Indian cities as well.

"They couldn’t return due to the lockdown. All of these doctors and nurses are extensively trained and experienced in critical care,” it said.

VPS Healthcare director (India) Hafiz Ali Ullat extended the group’s deep sense of gratitude to both the governments for giving the chance to serve people in need.

"During this health emergency, we strongly believe it is our responsibility to work hand-in-hand with the government,” the statement quoted him as saying.

"We have been working with the government from the beginning. Sending a medical team is a part of our continuous support during the pandemic.” He said the team were following all the travel guidelines and maintaining social distancing norms even on the flight.

"For many of us, it’s our maiden journey to a foreign country,” it quoted Vinod Sebastian, a senior member of the team, a saying.

"All of us are extensively experienced in critical care. We are very confident and motivated and are taking it up as a challenge.” He had been a frontline volunteer when Kerala faced devastating floods in 2018 and 2019, causing massive damages and taking many lives.

They underwent a COVID-19 test on Sunday, and all were tested negative.

Earlier this month, the Dubai-based DM Aster Healthcare group, which also has a considerable presence back home, had sent a team of 88 caregivers, including doctors and nurses.

They also left Cochin on a chartered flight for the UAE on a request from the Dubai Health Authority facing a shortage of medical professionals in COVID hospitals.

Meanwhile, Kerala chief minister Pinarayi Vijayan said 24 more people have tested positive for the virus in the state taking the total number of infections to 666.

Of them, 161 are under treatment, and four died, while all others have recovered including the first case reported on January 30.

Now, 74,398 susceptible people are under observation, and 533 of them are in hospital quarantine, including 56 hospitalised on Wednesday.

He said the spread of the disease was under control in Kerala until the expatriates started coming back on May 7 on evacuation flights. 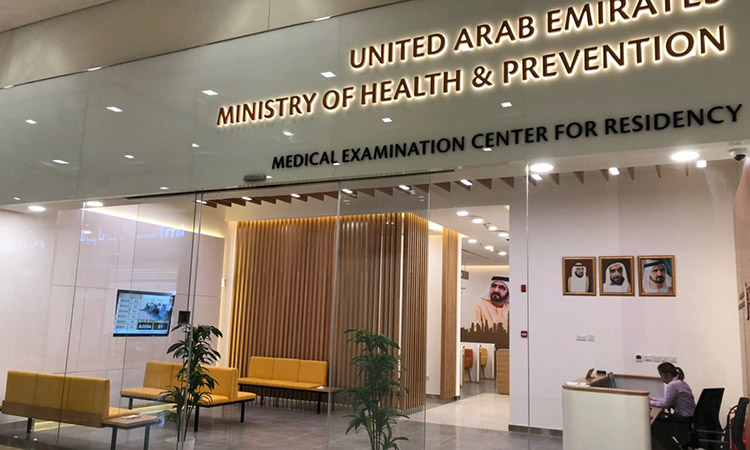 UAE urges citizens to refrain from travelling to India

The UAE has called on its citizens to refrain from travelling to India at present time, following recent concerns on the new coronavirus, COVID-19, outbreaks in a number of countries.