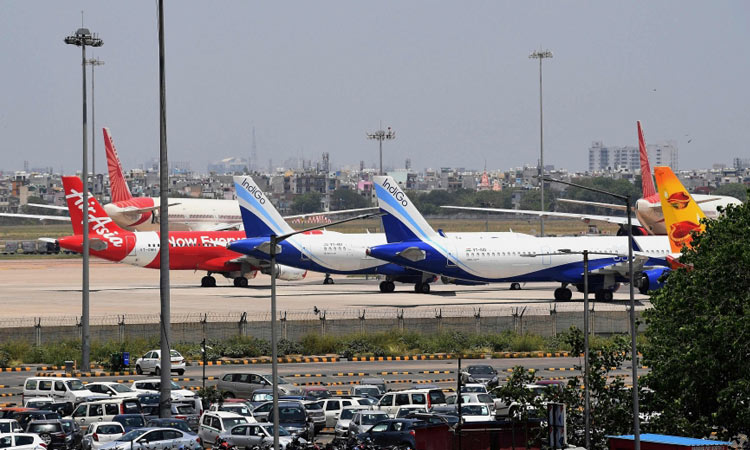 Airplanes are seen at the Indira Gandhi International Airport apron during a nationwide lockdown in New Delhi. File / APF

Domestic air travel will resume in India on May 25 after a two-month shutdown imposed to stop the spread of coronavirus, the aviation minister said on Wednesday, in a further easing of national lockdown restrictions. 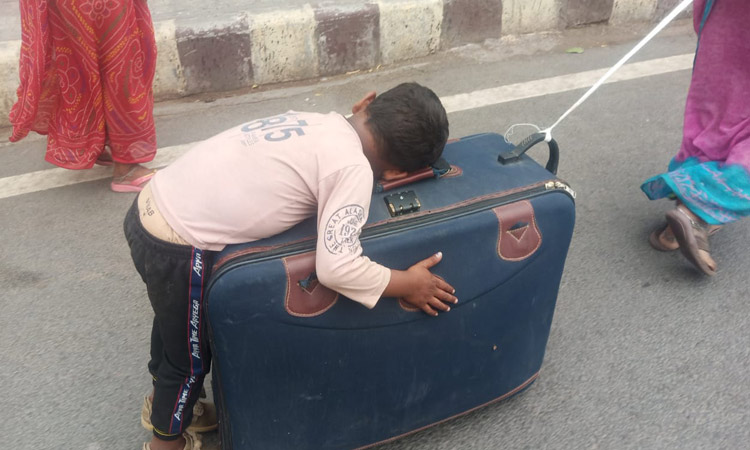 A migrant boy sleeps on a trolley bag being pulled by his mother in a Indian state. Twitter photo

"All airports and air carriers are being informed to be ready for operations from 25th May," Civil Aviation Minister Hardeep Singh Puri said on Twitter. No indication was given when international travel would resume. 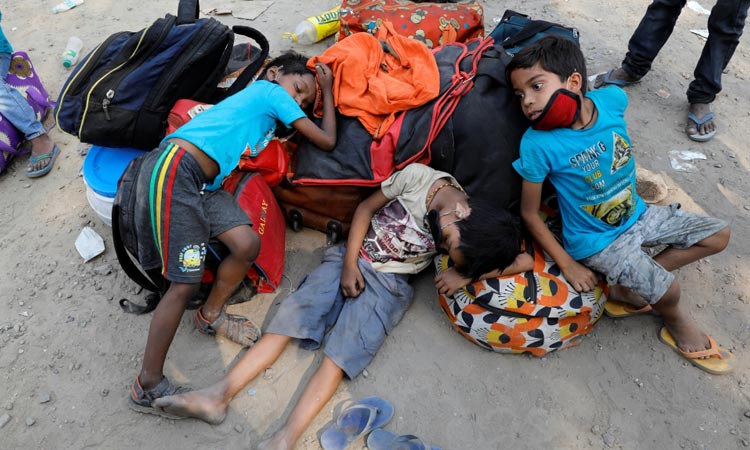 Migrant boys take rest during a lockdown near Mumbai.

Some interstate Indian trains — on a network which normally carries over 20 million passengers a day — resumed a week ago.

The announcement comes the same day as the country of 1.3 billion people reported its biggest daily jump in coronavirus infections, with 5,611 new cases recorded in 24 hours.

It took the total to 106,750, with financial capital Mumbai the worst-hit city, according to government figures.

More than 3,300 people have died — though unofficial estimates are higher — and Mumbai accounts for almost a quarter of fatalities.

Other major cities such as New Delhi and Ahmedabad are also badly affected.

Mumbai authorities are looking to requisition thousands of private hospital beds, with state-run care facilities overwhelmed in the city of 20 million people.

"A plan is under consideration to take over 80 percent of beds in private hospitals for non-COVID cases," Mumbai city spokesperson Vijay Khabale-Patil said. 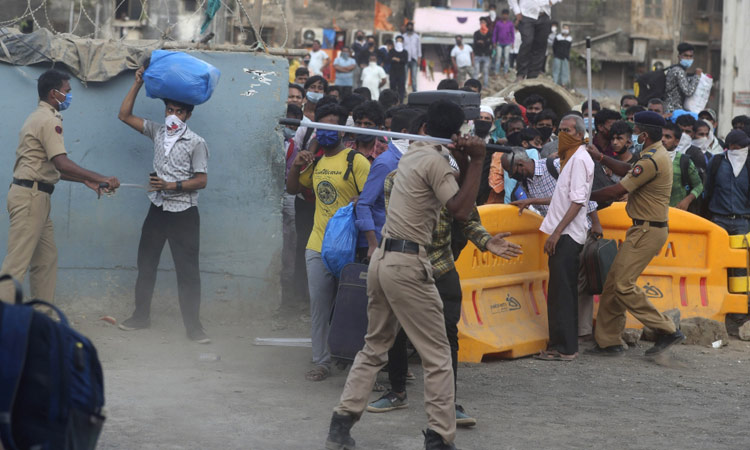 Policemen try to control a crowd of migrant workers from other states who gathered outside a railway station desperate to return to their homes, in Mumbai. AP

With some virus patients reportedly sleeping on the streets outside hospitals waiting for beds to become free, authorities say they need to boost the 5,000 available for critically ill patients.

Mumbai has already had to build makeshift field hospitals and turned several landmarks into quarantine facilities, including a 19th-century horse-racing venue, a sports stadium that was used to host NBA games last year and a planetarium.

There are fears the start of the monsoon next month and the spread of diseases like dengue fever will add to the burden.

It now has more than 10,000 cases and while authorities have confirmed only 160 coronavirus deaths, media reports — citing cemetery records — say there have been almost triple that number at least.

Experts predict the epidemic will worsen in the major cities over the next month and infections are only expected to peak in June or July.