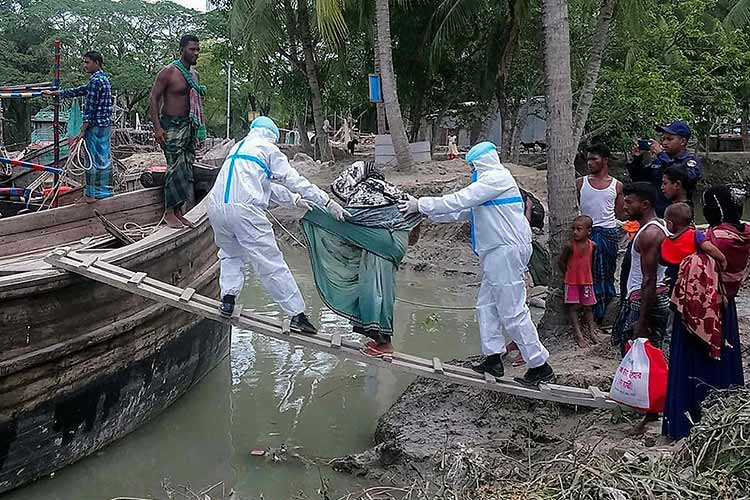 Rescue workers evacuate villagers in Dhalchar village on the island of Bhola as the Cyclone Amphan barrels towards Bangladesh's coast. AFP

"Amphan" is expected to pack winds gusting up to 185 kilometres per hour when it hits eastern India and Bangladesh on Wednesday afternoon or evening, and with a storm surge of several metres, forecasters said.

Bangladesh authorities fear it will be the most powerful since cyclone Sidr devastated the country in 2007, killing about 3,500 people − mostly due to a deluge of sea water sweeping in. 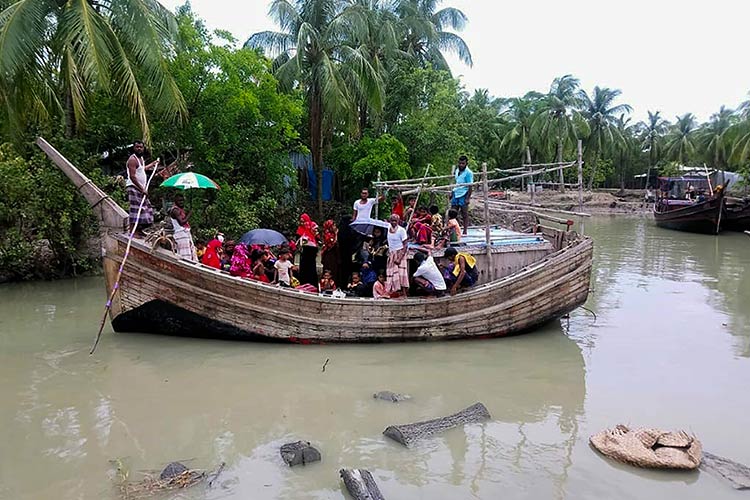 Villagers are evacuated in a boat in Dhalchar village on the island of Bhola.

"We will evacuate up to 2.2 million and try to keep casualties at zero," Rahman told reporters.

To ensure social distancing in view of the coronavirus pandemic, the number of cyclone shelters has been doubled by using schools, with masks compulsory, Rahman said.

"We are also keeping separate isolation rooms in the shelters for any infected patients," he added.

Yamin Chowdhury, an official in Bangladesh's Barisal province, said the coast guard was helping to bring back thousands of people from remote islands.

Fishing boats have been ordered to return to shore and all ports and fish landing stations shut down.

"There is limited space in existing evacuation shelters and people who have been on COVID-19 lockdown might hesitate to leave their less-sturdy homes to go to a central − and possibly crowded − shelter."

She warned of "grim days ahead", with poor sanitation, limited access to safe water and health facilities. 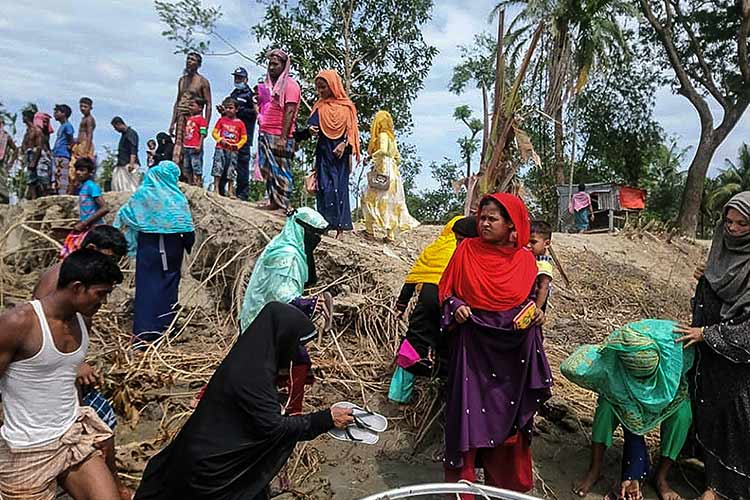 Villagers prepare to be evacuated by rescue workers in Dhalchar village on the island of Bhola. AFP

The coronavirus lockdown had also cut off many people's income and eaten up their cash reserves, she added.

In India, West Bengal state official Manturam Pakhira said more than 200,000 people were being evacuated from coastal districts and the Sundarbans, a vast mangrove forest area.

"Authorities are also supplying masks and sanitisers and making arrangements so that they can maintain safe distance from each other," he said.

Arjun Manna, who works for the World Wide Fund for Nature (WWF) in the Sundarbans, told AFP that loud speakers were urging locals "to wear a mask and maintain social distancing in the shelters".

In Odisha state, relief commissioner Pradeep Kumar Jena told reporters that 20,000 people have been evacuated, with 600 disaster teams "pre-positioned" and contractors standing by with diggers and chainsaws.

"We will evacuate more people depending on the situation. No one will be allowed to stay in huts with thatched roofs in coastal areas," Jena said.

He too said that in order to ensure social distancing, additional temporary shelters have been identified, with the state ready to house 1.1 million people if needed.

"We have made arrangements for soap, water tanks for hand washing and face masks. We are also educating people about the need to cover their mouths," he said.

Indian Prime Minister Narendra Modi tweeted that he was praying for everyone's safety after chairing a virtual meeting on preparations Monday.

Bangladesh's low-lying coast, home to 30 million people, and India's east are regularly battered by cyclones that have claimed the lives of hundreds of thousands of people in recent decades.

While the storms' frequency and intensity have increased − blamed partly on climate change − deaths have fallen thanks to faster evacuations and more shelters. 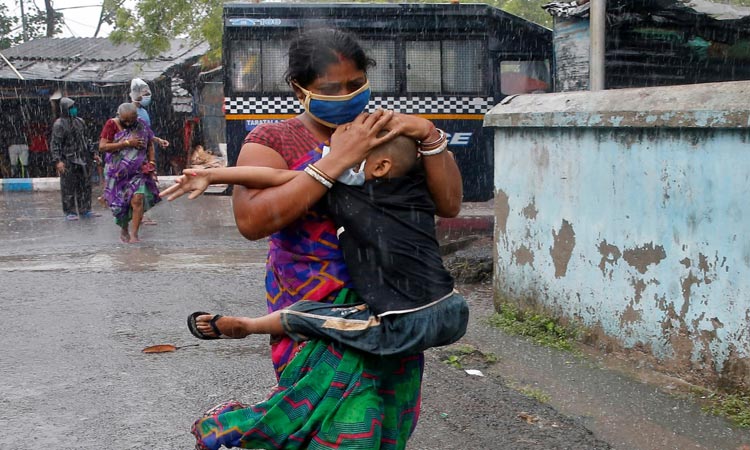