Russia says virus cases under 9,000 for first time since May 1 - GulfToday 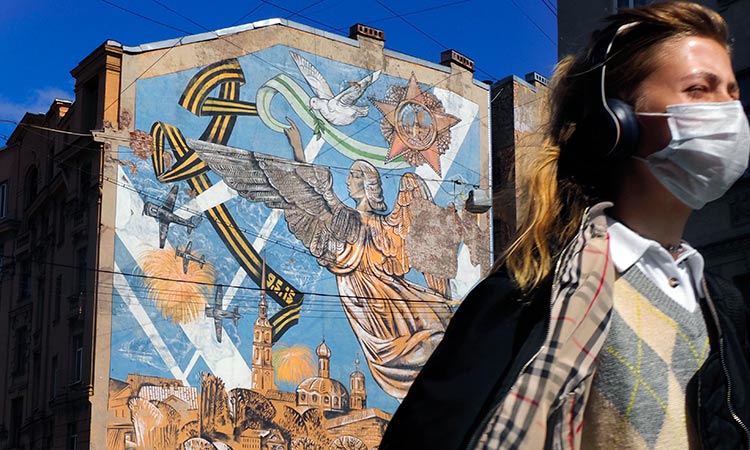 A woman wearing a face mask walks past a graffiti of the Soviet Union in the World War II, in St.Petersburg, Russia. AP

Russia said Monday under 9,000 new coronavirus cases had been recorded for the first time since early May as anti-virus restrictions ease and officials say the situation is stabilising.

Health officials reported 8,926 new infections in the last 24 hours, bringing the country's total to 290,678, the second-highest in the world after the United States.

It was the lowest number of new virus cases since May 1, when Russia announced 7,933 cases.

Russia's consumer health watchdog chief Anna Popova said this weekend that the growth in new cases was slowing and the country has "moved towards the level of stability that we've all been waiting for". 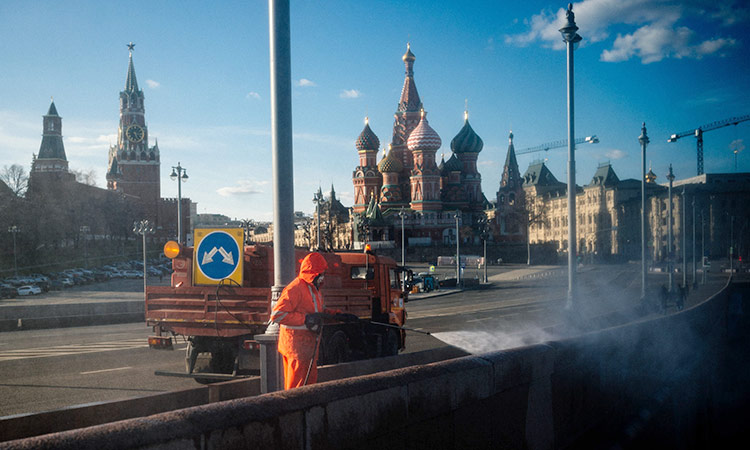 A municipal worker cleans and disinfects a bridge near the Kremlin in downtown Moscow during a strict lockdown. File/AFP

Health officials also announced 91 new deaths, down from Saturday's figure of 119 that was the highest daily toll yet.

Russia's total fatalities now stand at 2,722, a rate considerably lower than in many other countries hit hard by the pandemic.

Critics have cast doubt on Russia's low official mortality rate, accusing authorities of under-reporting in order to play down the scale of the crisis.

Russian health officials say one of the reasons the count is lower is that only deaths directly caused by the virus are being included.

Deputy Prime Minister Tatiana Golikova over the weekend denied manipulation of numbers, saying hospitals had a financial interest in identifying infections because they are allocated more money to treat coronavirus patients.

Authorities also say that since the virus came later to Russia, there was more time to prepare hospital beds and launch wide-scale testing to slow the spread. 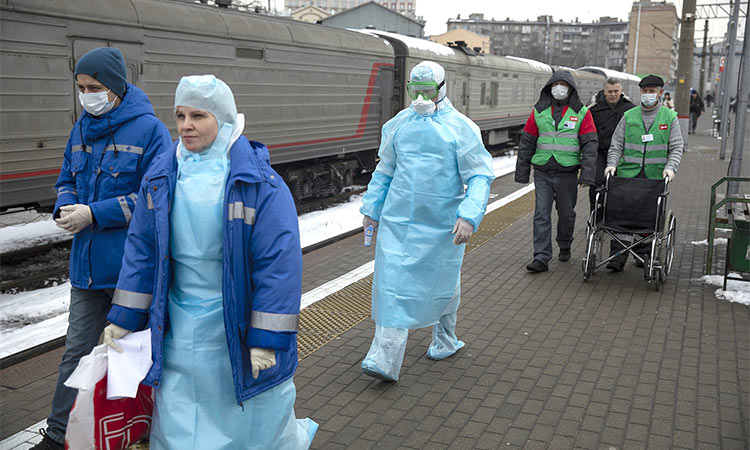 The mortality rate has slowed in recent days however, and remains much lower, in relative terms, than many other countries. The nationwide death toll rose to 1,280 after 58 people died in the last 24 hours, Russia's coronavirus crisis response centre said.