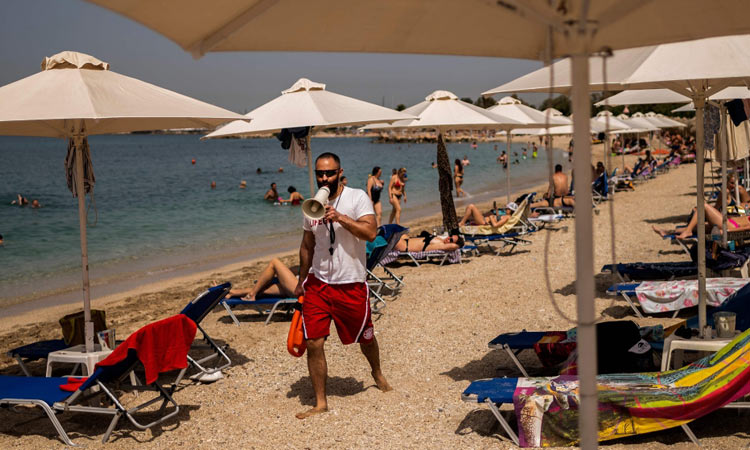 A lifeguard informs the public about the restrictions during the official reopening of beaches to the public in Athens on Saturday. AFP 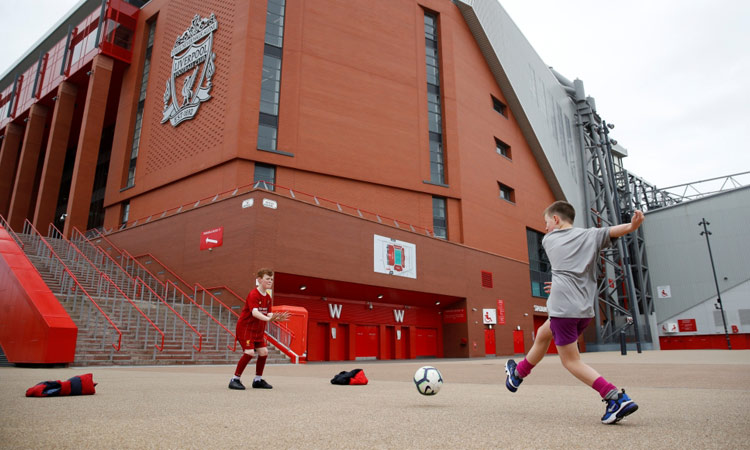 The reopenings are a tentative step towards a return to normality in some of the countries worst affected by the pandemic, which has killed more than 307,000 people, infected over 4.5 million, wrought vast economic havoc and brought life to a halt.

There are also signs that countries are relaxing border controls imposed months ago to stop the spread of COVID-19. 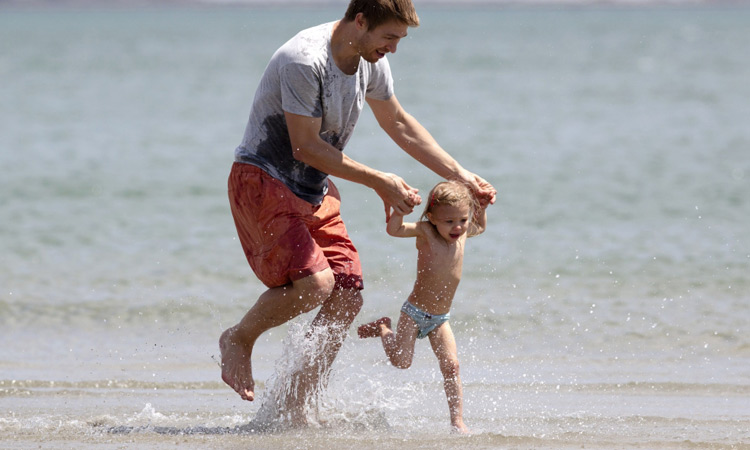 A man and his daughter splash in the ocean at Revere Beach during the coronavirus pandemic. AP

Italy, for a long stretch the world's worst-hit country, announced on Saturday that EU tourists will be allowed to visit from June 3 and a 14-day mandatory quarantine period will be scrapped. 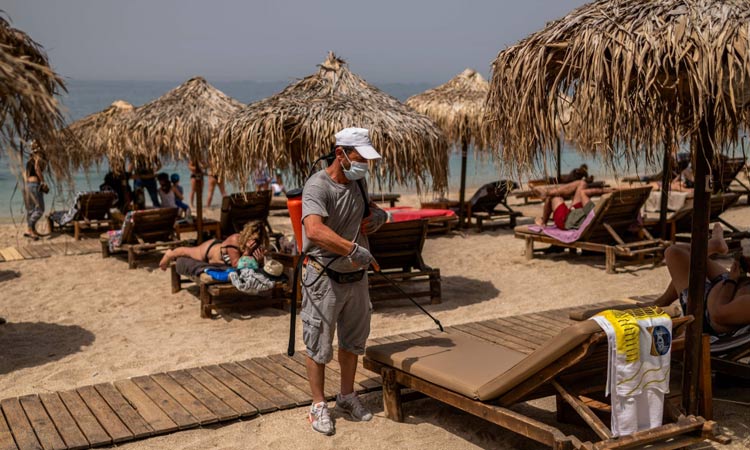 A man wearing a face mask disinfects a sunbed during the official reopening of beaches to the public in Athens. AFP

Such fears have delayed the return of team sport, and on Saturday all eyes were on the Bundesliga's opening games, which were played to vacant, echoing stadiums.

"It's sad that matches are played in empty stadiums, but it's better than nothing — the more we keep to health rules, the sooner we can return to normality," said 45-year-old Borussia Dortmund fan Marco Perz, with a beer in hand as he prepared to watch the game on TV. 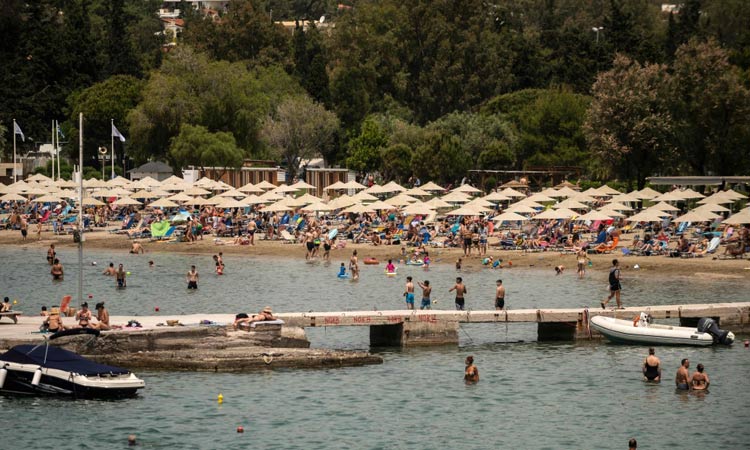 People enjoy a sunny day on a beach during the official reopening of beaches to the public in Athens. AFP

He celebrated the goal by dancing alone —making no contact with team-mates, who clapped him on – to comply with the strict hygiene guidelines which allowed the league to return.

"The whole world will be looking at Germany, to see how we get it done," said Hansi Flick, the boss of league-leaders Bayern Munich.

Russia has announced its own football league will return next month and has pushed ahead with plans to lift restrictions despite recording its highest daily death toll on Saturday, with 119 fatalities.

Spain's Prime Minister Pedro Sanchez said the government would seek to extend the country's state of emergency for "about a month," until the transition out of lockdown is completed. 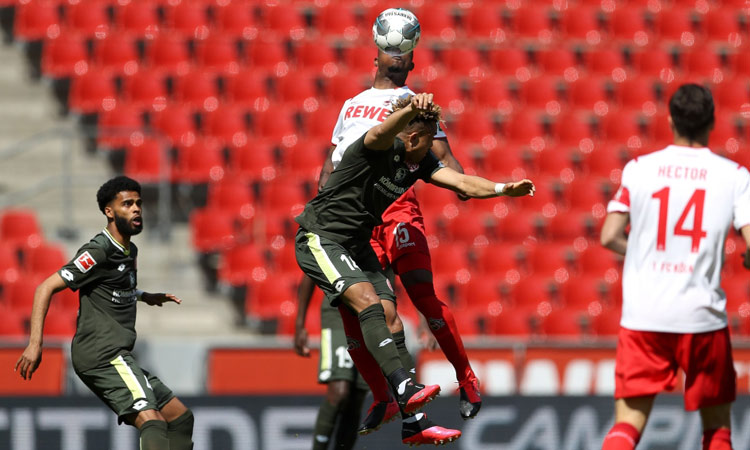 In France, the first weekend after the most strict measures were lifted saw many venture out into the spring sunshine — and hit the beach.

In the French Riviera city of Nice, keen swimmers jumped into the surf before 8am (0600 GMT).

"We are like drug addicts — we were impatient because we swim here all year round," said retiree Gilles.

With the northern hemisphere's summer fast approaching, governments are moving to help their key tourism industries salvage something from the wreckage.

Parasols and sunloungers have popped up on coastlines in Italy and Greece, which opened its beaches on Saturday. 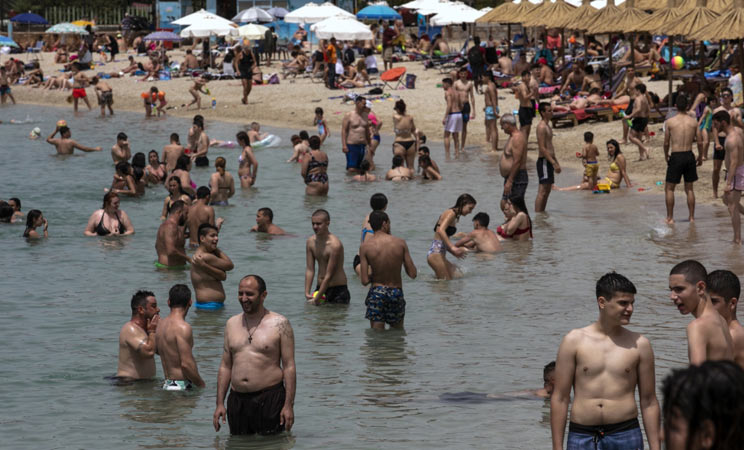 Swimmers enjoy the sea at an open to the public beach, at Alimos suburb, near Athens. AP

Pedri Alatras, a worker at the Kavouri beach near Athens, said disinfecting lounge chairs after each customer was a burden.

"I also have to wear gloves when it's almost 40˚C, it's exhausting but we have to respect the measures," he said on Saturday, when temperatures hit 38˚C.

The sun sparked alarm in parts of England, with officials warning people to stay away from newly reopened beauty spots due to fears of overcrowding.

Malls reopened in the Philippines' capital Manila but saw only a trickle of customers, while in Vietnam, hundreds queued for tourist boats at the newly reopened UNESCO heritage site of Ha Long Bay.