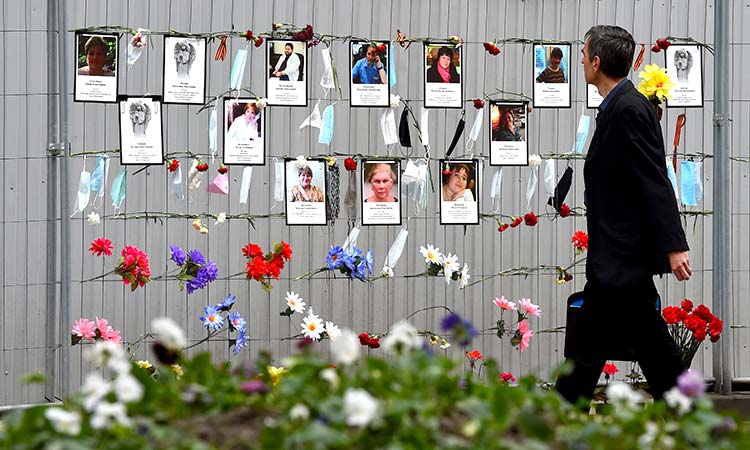 A man walks past a makeshift memorial for medical workers set up outside the St. George Hospital in Saint Petersburg. AFP

The fire broke out in an intensive care unit and was put out within half an hour. It could have been caused by a faulty ventilator, the Interfax news agency reported, citing anonymous sources.

Police in St. Petersburg, Russia's second-largest city, have launched a criminal investigation into the fire.

It was not the first deadly fire in a coronavirus hospital in Russia. On Saturday, a fire in the Spasokukotsky Hospital in Moscow killed one patient.