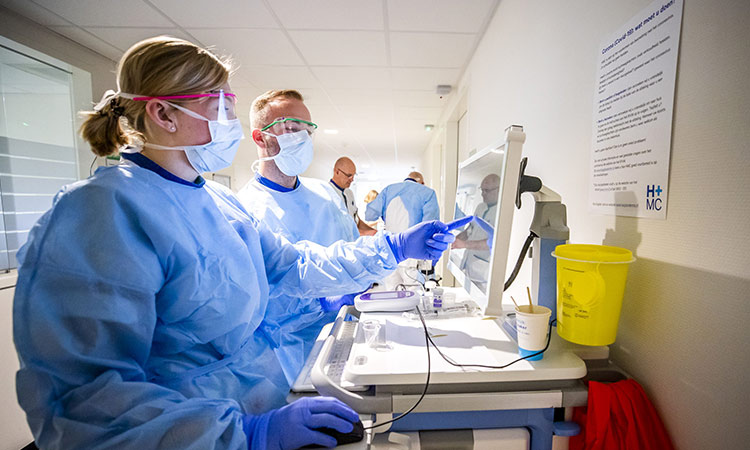 Moreover, 2020 has been designated by the World Health Organization as the “Year of Nurses and Midwives.”

Year 2020 is also the bicentennial birth anniversary of British Florence Nightingale, the Mother of Modern Nursing, also known as the “Lady with the Lamp” because while she generously guided her colleagues during the 1853-1856 Crimean War, she tirelessly visited and served with a lamp each night the sick and dying soldiers of the Ottoman Empire, Great Britain, France and Sardinia who fought together against Russia.

The 2020 theme is “Nurses: A Voice to Lead--Nursing the World to Health” which highlights the huge and demanding role of nurses from man’s conception to the grave.

On the occasion, the Ministry of Health and Prevention (MoHaP) released on Monday a statement praising the immeasurable contribution of “the nursing cadres in the provision of healthcare services, especially in light of the (current) crisis which reflects the pivotal role of medical and nursing staff as being the frontline of defense for the health of society.”

MoHaP also announced the availability of university Nursing scholarships to high school Emirati graduates not only  to boost the numbers of locals in the profession which is more of a vocation; but also encourage them to take an active role in the formulation and implementation of national health policies.

Gulf Today had reported several weeks back about the global requirement of more nurses as the world lacks at least over a million of these healthcare professionals to meet everyone’s health needs.

Interviewed on Monday, Mohammed Bin Rashid University of Medicine and Health Sciences (MBRU)-College of Nursing and Midwifery dean Prof. Kevin Gormley said: “Nurses and midwives are often the first and sometimes the only health professional that people see during periods of ill health and the quality of their initial assessment, care and treatment is vital.”

“They are very much a part of their local community--sharing its culture, strengths and vulnerabilities--and can shape and deliver effective interventions to meet the needs of patients, families and communities,” he added.

Gormley traced the progress of the Nursing profession from 2010 to the present, saying they are no longer  mere assistants to physicians: “For example, the care of patients with non-communicable diseases, such as diabetes and chronic obstruction pulmonary disease, is now routinely managed in many countries by nurses, with doctors available when necessary.

Advances in the curriculum of the Nursing course, alongside post-graduate studies which forward-looking institutions like MBRU provides, have developed practitioners who can now run and manage clinics by themselves.

“They now undertake procedures and prescribe medications. Technology and Informatics has expanded the role of nurses and delivery of care,” Gormley also said.

The former Adult and Mental Health nurse who specialized in neurosurgery and trauma at the Royal Victoria Hospital in Belfast, Northern Ireland

believes “nurses need to be resilient and empowered with decision-making and leadership qualities.”

Saying that COVID19 had opened the gates for the overdue appreciation to nurses, Gormley continued: “Nurses leaders should be able to demonstrate competency in the fundamental principles of effective public health and emergency preparedness, including effective crisis communications.

“Nurses will play an important role as advocates for vulnerable population and client groups to ensure they have access to care and there is fair and equal distribution of resources,” he said.

Gormley believes nurses and midwives are essential to the future of healthcare in the UAE and that MBRU will remain to be “instrumental.” 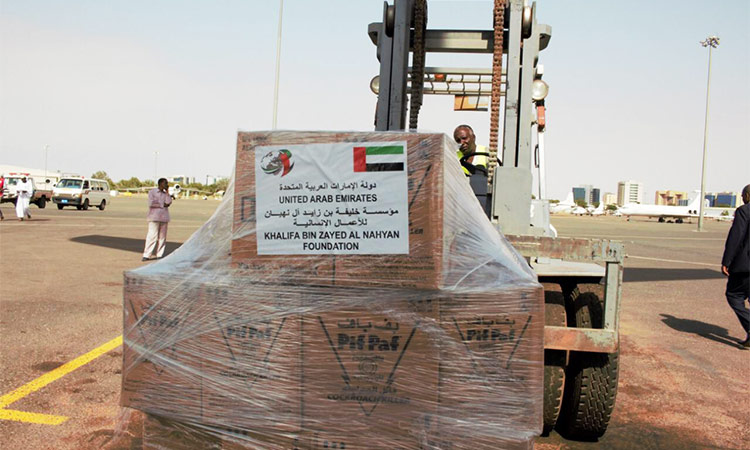 The UAE is committed and shall continue sharing to the world its experiences as it remains open to others’ and learn from these as well, to solve the yet-to-be-globally extinguished SARS-CoV2.

Collective efforts a must to develop vaccine

Leading experts, officials, and researchers participating in an E-Symposium organised by Abu Dhabi-based Trends Research & Advisory stressed on the need for collective global efforts to develop a vaccine to combat the COVID-19 pandemic.