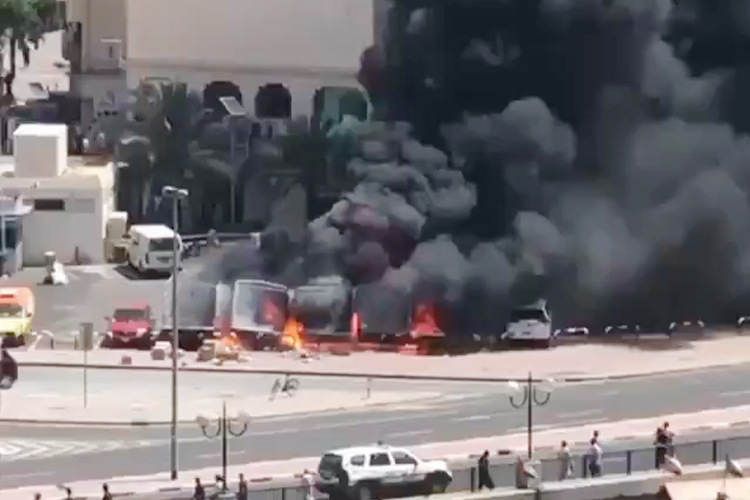 Smoke billows from the burning trucks in Dubai.

The firefighting teams of the Civil Defence controlled a fire that erupted in a car park in Dubai.

According to an official source at the Civil Defence, the operations room was alerted about a fire broke out at 10:36 am on Saturday in a car park located on Bani Yas Street, Dubai. Instantly, the firefighting teams were rushed from Al Ras station to the location where the fire erupted and were able to contain it.

The source added that the fire broke out in 4 medium-sized trucks that were parked at the fire site.

The civil defence firefighters managed to extinguish the fire within 13 minutes, the source said.

The fire resulted in no human injuries, but caused material losses, the source said, noting the competent teams have proceeded with examining the scene to determine the cause of the fire.