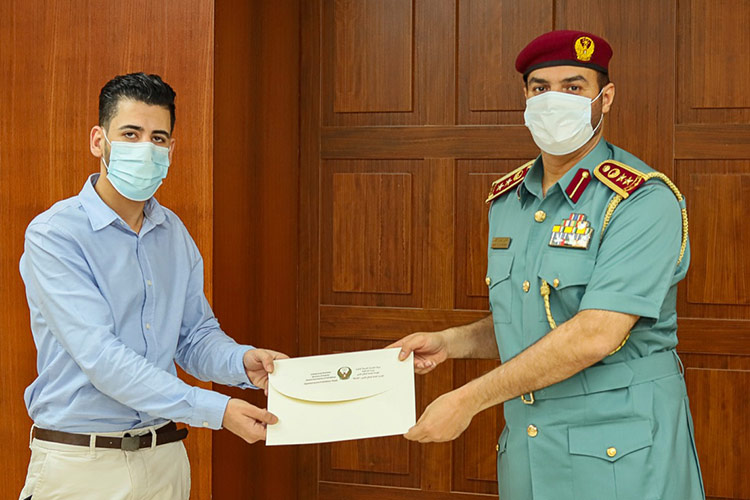 Al Naqbi granted the Al Saudi a certificate of appreciation for his courage and good behaviour, which contributed to saving the life of a 11-year-old girl who was held in one of the first floor apartments in which the fire broke out during the absence of her mother, who closed the door of the apartment before leaving the building.

Al Saudi reportedly broke the door and freed the girl, who was in good health, and then moved her out of the tower, after he heard her crying for help.

Colonel Al Naqbi indicated that the honour comes in the context of the civil defence’s keenness to encourage the public to feel social responsibility and urge them to do more to give and strive to help others.