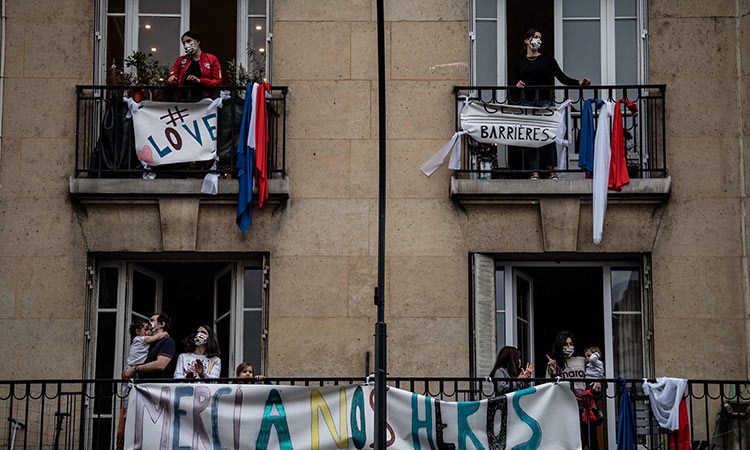 Inhabitants applaud to show their support to healthcare employees during the 49th day of a lockdown in France. AFP

The number of coronavirus cases worldwide topped four million as some of the hardest-hit countries readied on Sunday to lift lockdown restrictions, despite concerns about a second wave of infections.

But with the death toll already past 277,000, nations are keen to avoid second waves of infections that could overwhelm their healthcare systems, with a new cluster of cases in South Korea raising fears about the virus hitting back rapidly.

Amid the barrage of deaths, some European countries have cited signs of progress that they said justified cautious steps towards a sense of normality. 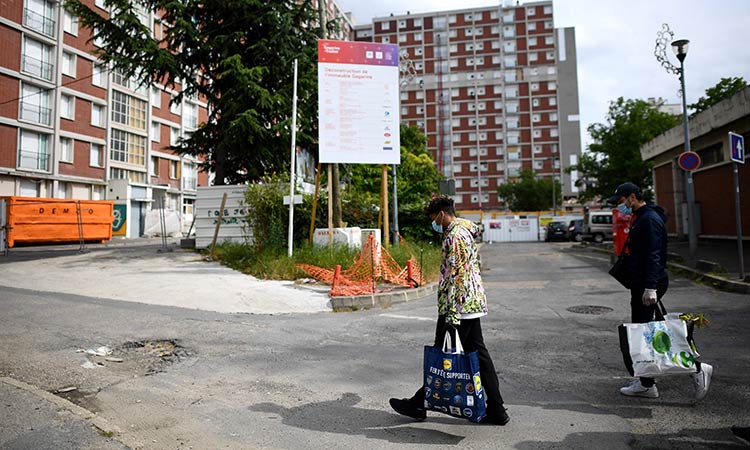 Professional handball player Wahid Badi (centre) distributes food to the elderly with his charity "Solidaritess" on the outskirts of Paris on the 49th day of a strict lockdown in France. AFP

Officials in France on Saturday said the day's death toll of 80 was the lowest since early April, while nursing home fatalities also fell sharply as the nation prepared to relax curbs on public movement imposed eight weeks ago.

The easing, to begin Monday, has brought mixed reactions.

"I've been scared to death" about the reopening, said Maya Flandin, a bookshop manager from Lyon. "It's a big responsibility to have to protect my staff and my customers."

French health officials have warned that "the epidemic remains active and is evolving", and that social distancing must be kept up even as restrictions are eased.

In Spain, about half the population will be allowed out on Monday for limited socialisation, and restaurants will be able to offer some outdoor service as the country begins a phased transition set to last through June.

Fears lingered, however, of a resurgence, and authorities excluded Madrid and Barcelona -- two COVID-19 hotspots -- from the first phase. 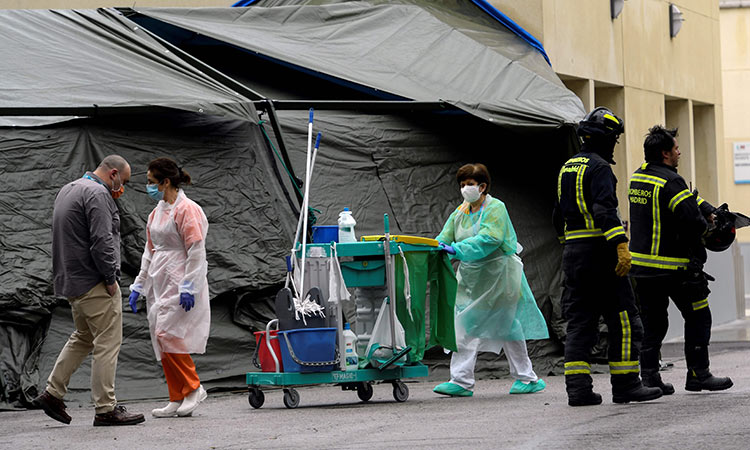 Belgium is also easing some restrictions on Monday, and in some parts of Germany, bars and restaurants reopened on Saturday with further easing set for Monday.

Overall, the situation in Europe was still far from normal.

Britain is reportedly planning to announce on Sunday that all overseas visitors will face a mandatory two-week quarantine, and the European Union warned against opening borders to travellers from outside the bloc. 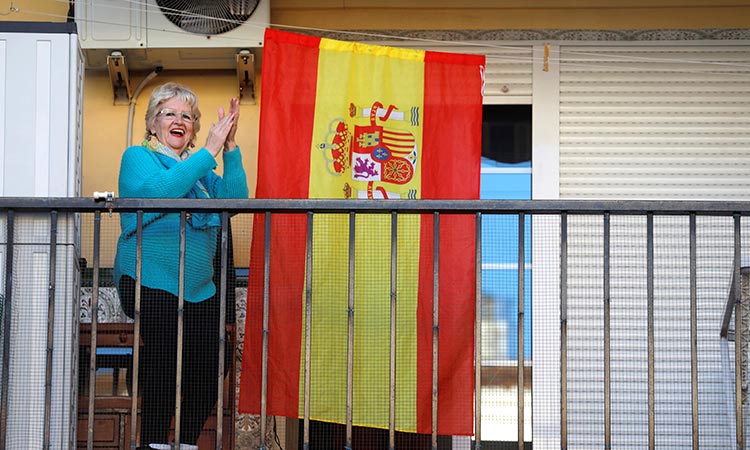 A woman applauds from her home in support of healthcare workers in Ronda, southern Spain. Reuters

Across Europe, commemorations marking 75 years since Nazi Germany's surrender were cancelled or scaled down.

And Poland's election on Sunday will be one for the history books as polling stations remain closed and turnout will clock in at zero due to a political crisis set off by the pandemic -- the presidential ballot is formally neither postponed nor cancelled because the government and opposition were unable to agree on a constitutional and safe solution.

South Korea's capital Seoul shut all bars and clubs on Saturday after a burst of cases were tracked to one of the city's busiest nightlife districts.

Even as the country eased virus restrictions, officials warned against carelessness after the new cluster of infections, highlighting the challenge of containing the spread of the deadly disease while pursuing an economic revival.

Global economic figures are pointing to the most acute downturn in nearly a century with businesses forced to shut and supply lines badly disrupted, and pressure is growing on leaders around the world to find a way out.