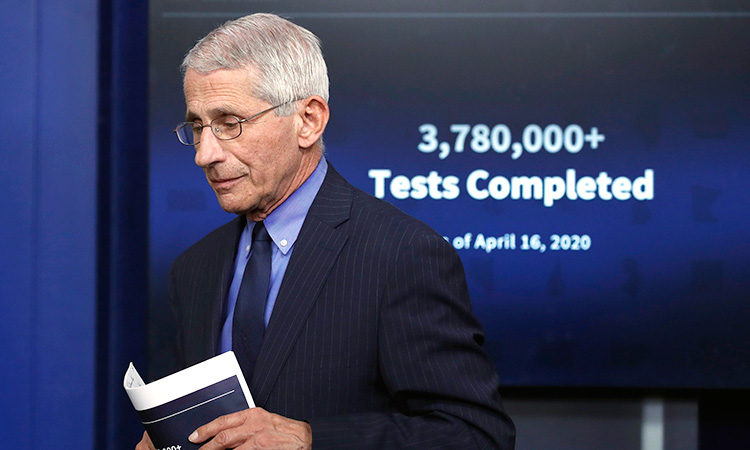 Dr Anthony Fauci walks from the podium in the James Brady Press Briefing Room of the White House. AP

Fauci, the director of the National Institute of Allergy and Infectious Diseases and a leading member of the task force, has become nationally known for his simple and direct explanations to the public about the coronavirus and COVID-19, the disease it causes. Also quarantining are Dr. Robert Redfield, director of the Centers for Disease Control and Prevention, and the commissioner of the Food and Drug Administration, Stephen Hahn.

Fauci's institute said that he has tested negative for COVID-19 and will continue to be tested regularly. It added that he is considered at "relatively low risk” based on the degree of his exposure, and that he would be "taking appropriate precautions" to mitigate the risk to personal contacts while still carrying out his duties. While he will stay at home and telework, Fauci will go to the White House if called and take every precaution, the institute said. 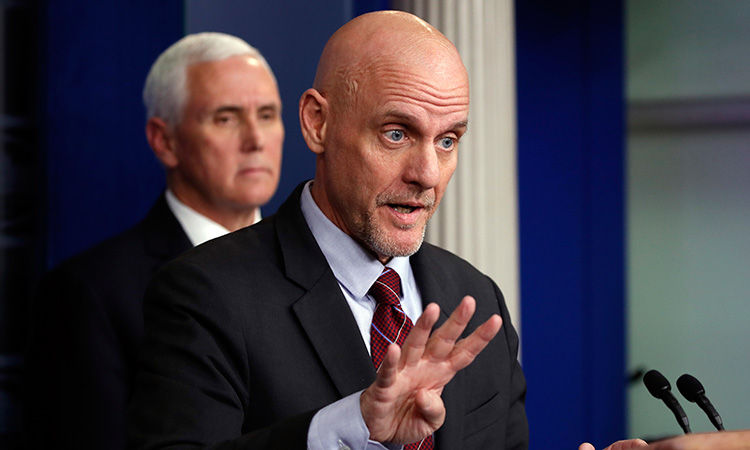 Stephen Hahn speaks about the coronavirus in the James Brady Press Briefing Room of the White House. AP

Redfield will be "teleworking for the next two weeks" after it was determined he had a "low risk exposure" to a person at the White House, the CDC said in a statement Saturday evening. The statement said he felt fine and has no symptoms.

Just a few hours earlier, the Food and Drug Administration confirmed that Hahn had come in contact with someone who tested positive and was in self-quarantine for the next two weeks. He tested negative for the virus.

All three men are scheduled to testify before a Senate committee on Tuesday. Sen. Lamar Alexander, R-Tenn., the chairman of the panel, said the White House will allow Redfield and Hahn to testify by videoconference, a one-time exception to the administration's policies on hearing testimony. The statement was issued before Fauci's quarantine was announced. 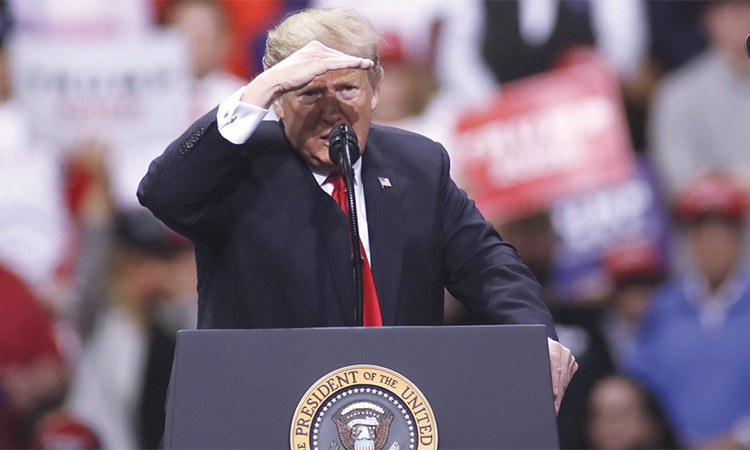 US President Donald Trump speaks at a rally. File photo

President Donald Trump, who publicly identified the affected Pence aide as spokeswoman Katie Miller, said he was "not worried” about the virus spreading in the White House. Nonetheless, officials said they were stepping up safety protocols for the complex.