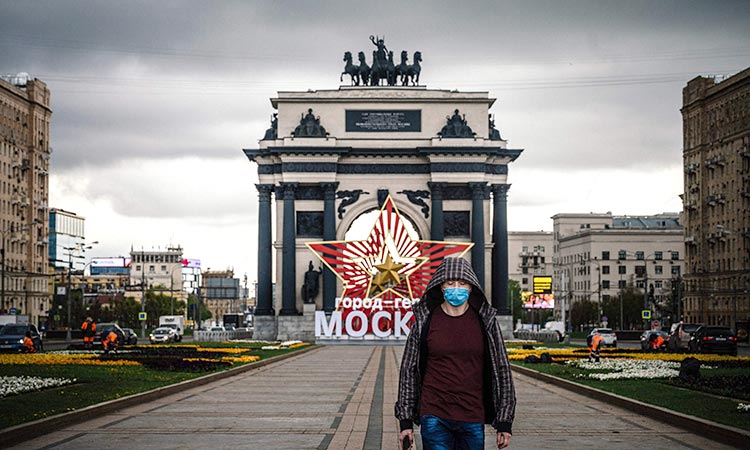 A man wearing a face mask walks in front of an installation dedicated to the victory in WWII in Moscow. AFP

Russia will hold only muted celebrations on Saturday for the 75th anniversary of the end of World War II after President Vladimir Putin postponed a Red Square parade due to the coronavirus pandemic.

The president will now give a 20-minute speech at a war memorial beside the Kremlin walls, an unprecedented move, instead of presiding over a traditional parade featuring thousands of troops and military equipment.

Russia has become Europe's hotspot in the coronavirus pandemic, with more than 10,000 new cases a day over the last six days, forcing the authorities to rein in their plans. 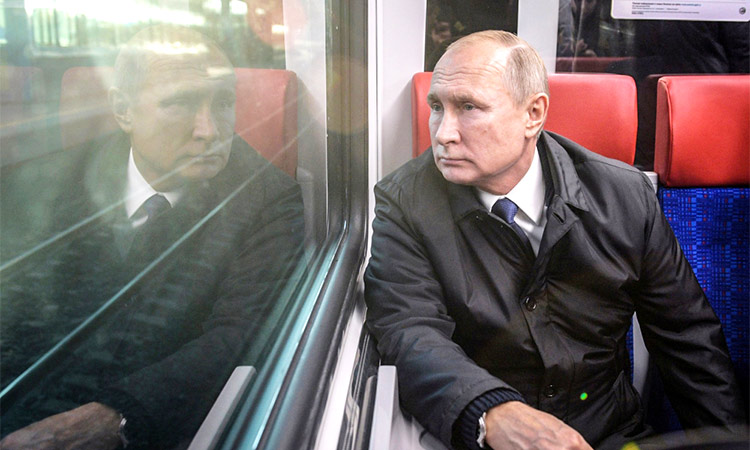 The Kremlin had planned a 90-minute parade featuring 15,000 troops, vintage vehicles and its latest missile systems in front of veterans and world leaders including French President Emmanuel Macron.

The event was designed to highlight Russia's vision of itself as inheritor of the achievements of the USSR and with its interpretation of history taking precedence over the West's because of the sacrifice of millions of Soviet citizens in the war.

The display of military hardware was also meant to show off Russia's role as global powerbroker in current conflicts such as Syria, even as the international community refuses to recognise Moscow's annexation of Crimea from Ukraine. 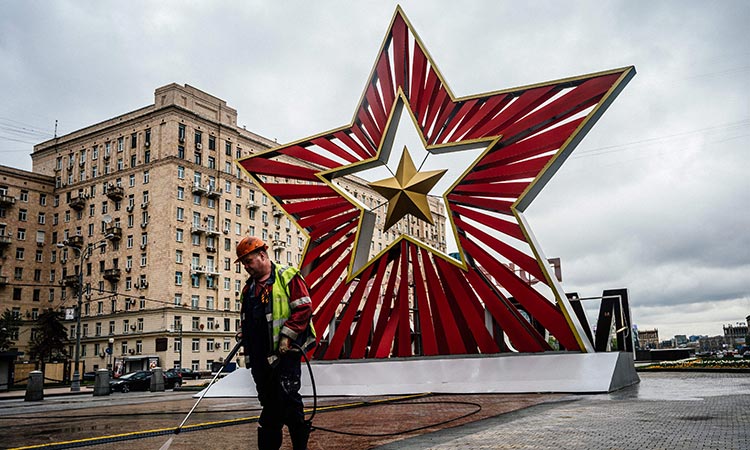 A municipal worker cleans an area near an installation dedicated to the 75th anniversary of WWII in Moscow. AFP

But as the virus raged in Europe, Putin finally postponed the parade in mid-April.

The "risks associated with the epidemic, whose peak has not passed yet, are extremely high," Putin said at the time.

"This does not give me the right to begin preparations for the parade."

He will give a televised address at 0700 GMT that is expected to touch on both the historical events and the current crisis. 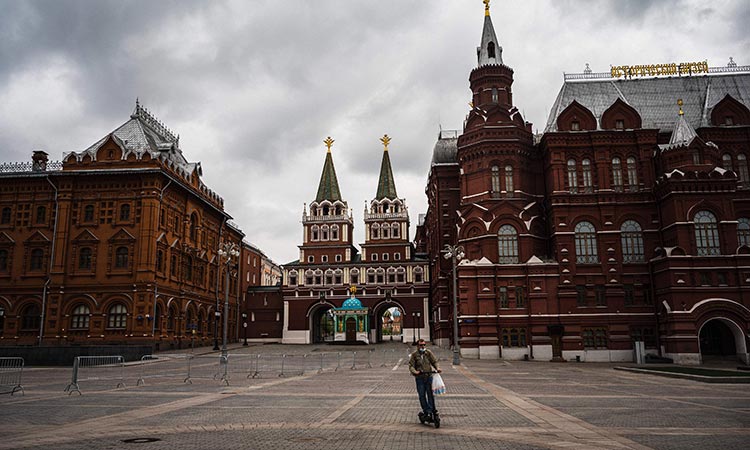 A man rides a scooter on an empty square near the State Historical Museum in Moscow. AFP

If the parades are cancelled, there will still be fireworks and aerial displays in many Russian cities.

The mayor of Moscow has meanwhile warned residents to stay home and only watch the displays on TV or from a balcony if they have one.

There will also be a minute's silence at 7:00 pm in each of the country's 11 time zones.