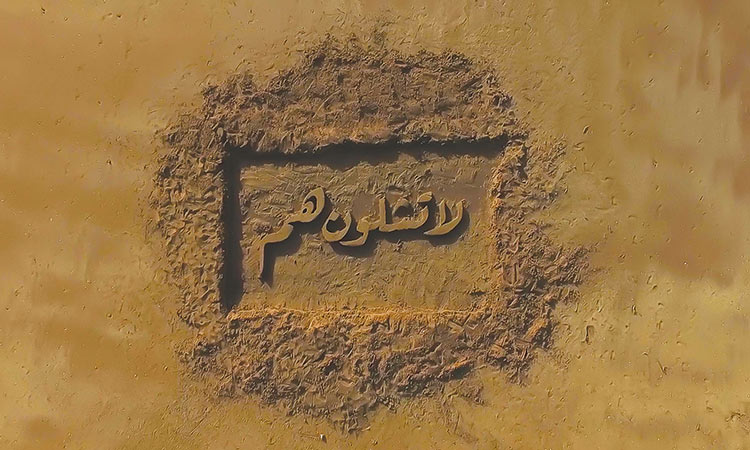 An aerial view shows the 'Don't Worry' engraved on the sand in Ras Al Khaimah.

A Jordanian resident and his six sons presented an aesthetic gesture in Ras Al Khaimah, by engraving on sand the Arabic phrase “La Teshlon Hamm” (don’t worry) on one of the emirate’s beaches, which they also documented with a special “video”.

The move promotes the historical phrase of His Highness Sheikh Mohamed Bin Zayed Al Nahyan, Crown Prince of Abu Dhabi and Deputy Supreme Commander of the UAE Armed Forces, which he recently said to assure the people in the country, including citizens and residents.

Omar Ibrahim Al Maghrabi, 55, owner of the initiative, said that it is an open message from all residents in the UAE of various nationalities, to the UAE, its leadership, people, present and future.

The total area of the rectangle portrait is 16.64 square metres, 2.6 metres wide and 6.4 metres long.

He said, “The phrase of His Highness Sheikh Mohamed Bin Zayed inspired me with the idea and initiative, in light of the comfort and tranquility that has been left in the hearts and souls, which led me to embody the idea on the ground.”

The phrase has been engraved on the sands of one of the beaches of Ras Al Khaimah, located behind the headquarters of the old University of the Union.

As the novel coronavirus (Covid-19) pandemic continues to affect an increasing number of people, it is also inspiring all segments of the UAE society to support the most vulnerable to the social and economic repercussions of the Covid-19 pandemic that brought nations around the world to a standstill.

Recently, various community groups have come forward to help the people affected by the pandemic while financial and in-kind donations continue to pour into the campaign from philanthropists in the society.

Sheikh Mohammed Bin Rashid said on Twitter, “The UAE has made great strides in controlling the COVID-19 pandemic. Today, we are ranked the second globally in the vaccine administration rates. Taking the vaccine is every individual's responsibility to protect their health, families and wider society.” 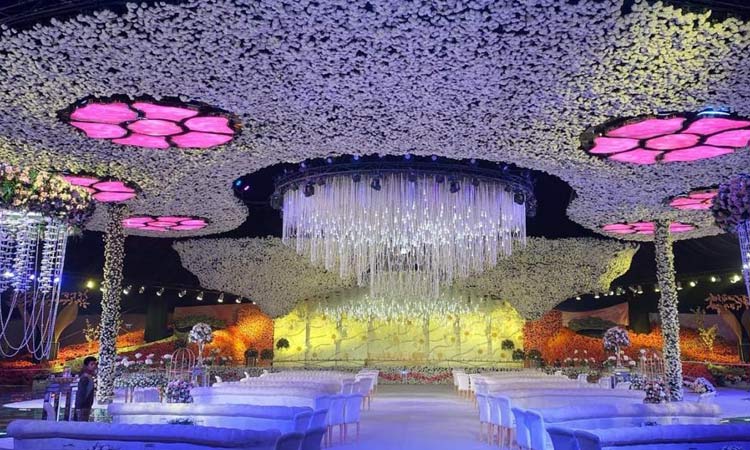 The most important of which is reducing the capacity from 50 to 30%, with adhering to the physical distancing and all preventive measures.