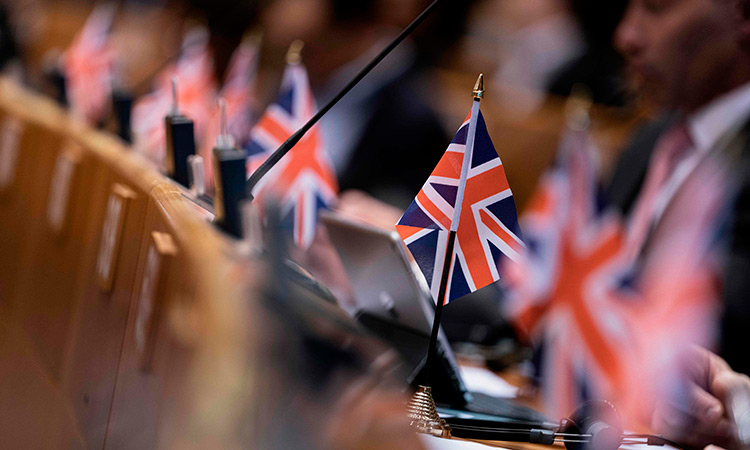 This photograph shows Union Jack flags during a plenary session at the European Parliament in Brussels. File/AFP

The United States and Britain launched formal negotiations on a free trade agreement on Tuesday, vowing to work quickly to seal a deal that could counter the massive drag of the coronavirus pandemic on trade flows and the two allies' economies.

"We will undertake negotiations at an accelerated pace and have committed the resources necessary to progress at a fast pace," they said. 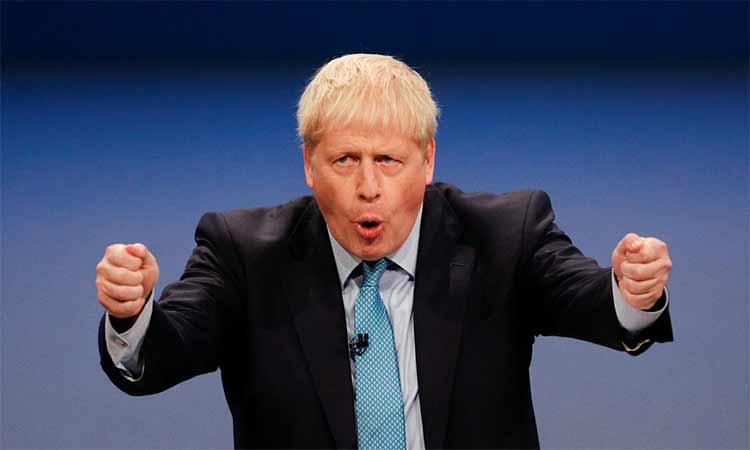 "A Free Trade Agreement would contribute to the long-term health of our economies, which is vitally important as we recover from the challenges posed by COVID-19," the disease caused by the novel coronavirus.

The first round of talks began as new US data showed a record drop in US exports and a contraction in the vast US service sector for the first time in over a decade.

It is Washington's first major new trade negotiation in 2020. London has also been working out trade terms with the European Union following its exit from the bloc in January.

London's goal was to expeditiously complete both negotiations and there could be a positive dynamic between them, even though they are being headed by different lead negotiators, one UK official told journalists in a background briefing.

British Ambassador Karen Pierce told reporters it was "a very good sign of confidence in economic recovery" that the two countries were moving ahead with the talks. 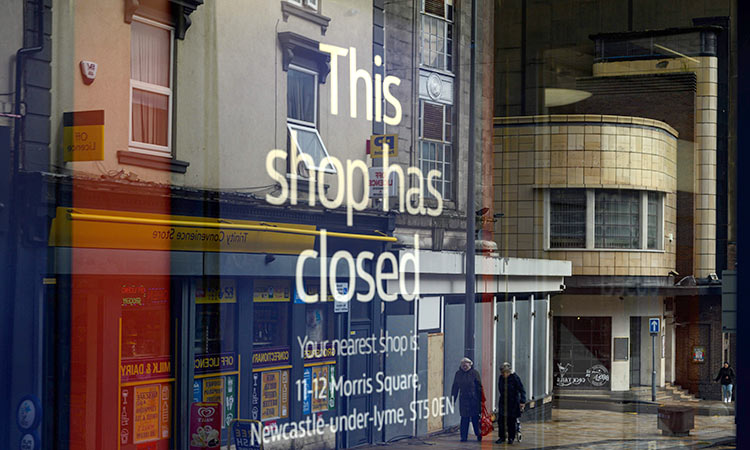 Women are reflected in the window of a closed-down bookmakers in the city centre of Stoke-on-Trent, England. File/AFP

Lighthizer, who has named the UK trade talks one of his top priorities for 2020, published objectives more than a year ago that sought full access for US agricultural products and reduced tariffs for US manufactured goods.

Stung by shortages of medical equipment and drugs during the pandemic, both countries are seeking to shift some supply chains away from China.

Lighthizer said in remarks released later that the pandemic "has shown that depending purely on cheap imports for strategic products can make us vulnerable in times of crisis" and that the United States needs a healthy manufacturing base and thriving farmers.

But they are at odds over tariffs, including steel and aluminum duties imposed by Washington in 2018.

Asked about President Donald Trump's threat to impose more tariffs on China over its handling of the outbreak, Pierce said, "In general terms, tariffs are not particularly conducive to free trade, and we the Brits believe very much in free trade. It’s in our history, it’s in our DNA. The dispute between the US and China is for them to resolve.”

Britain is also pushing the United States and the EU to resolve a dispute over aircraft subsidies that has resulted in tit-for-tat tariffs, including on Scotch whiskey.

Republican US Senator Chuck Grassley of Iowa, another big critic of tariffs, said he hopes a strong agreement with the UK lays the groundwork for an improved trade deal with the EU, which has so far resisted US demands for increased agriculture access.

"If we get a good deal with the UK on agriculture, it's going to embarrass Europe," Grassley told reporters on a conference call. 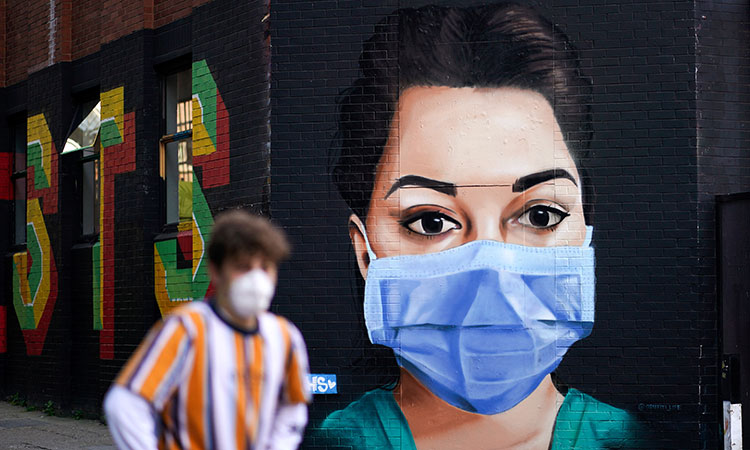 A man wearing a protective mask walks past a mural depicting a nurse in Shoreditch in London. File/Reuters

Agriculture is expected to be among the thorniest issues in the talks, given strong British opposition to US genetically modified crops and antibacterial treatments for poultry. Prime Minister Boris Johnson has vowed to drive a "hard bargain" and Truss has said that Britain would not diminish its food safety standards.

Britain also will not change its approach to drug pricing or Britain's National Health Service, the UK official said.

Trade in goods between the United States and United Kingdom was valued at $127.1 billion in 2018, with the two sides roughly in balance, while the services trade topped $134.8 billion. Britain is the seventh-largest US goods trading partner, after South Korea, according to the US Census Bureau.

Ted Bromund, a senior research fellow at the Heritage Foundation, a conservative think tank in Washington, said one area ripe for tariff reduction was automotive trade, Britain's largest export sector to the United States. US passenger car tariffs are 2.5%, with pickup truck tariffs at 25%, while Britain maintains a 10% car tariff.

Tuesday's opening plenary will be followed by virtual meetings from May 6 to 15. The UK official said while it was unusual to negotiate on all areas at once, the two sides were keen to move forward quickly.

Further rounds will take place approximately every six weeks and will be carried out remotely until it is safe to travel, the UK embassy said. There was no specific deadline for completing the talks, the official said.

Grassley said he thought the talks will be more difficult via videoconference.

"It seems to me it's not quite as good as sitting across the table from them," he said. 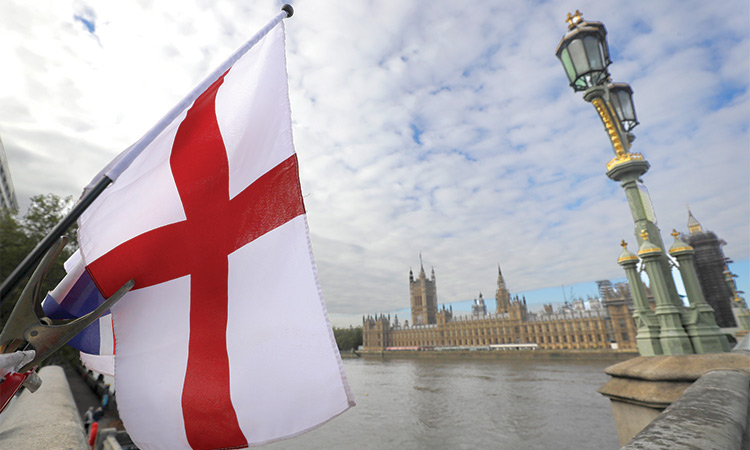 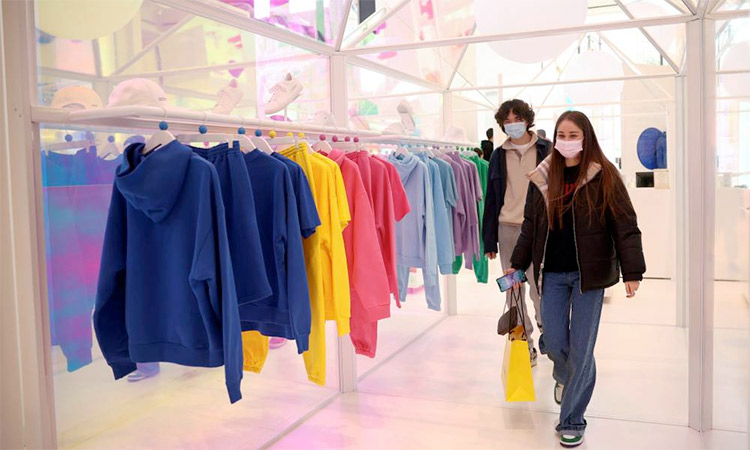