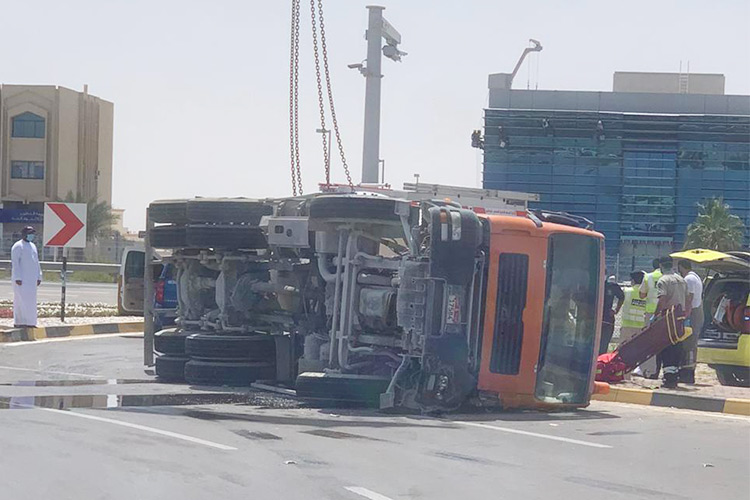 Police and rescue officials work at the site of the crash.

An Emirati woman and an 11-year-old child died in a car-truck accident in Abu Dhabi.

Two other people were seriously injured after a cement mixer overturned on a light vehicle in Al Bahia street in Abu Dhabi.

Lt. Col. Dr. Abdullah Al-Suwaidi, Deputy Director of the Traffic Zones Department in the Abu Dhabi Police, stated that the Command and Control Centre received a report stating that an accident took place and the light vehicle was crushed.

The police reached the site of the crash and secured the area.

The injured were taken to a neighbouring hospital for treatment.

The road was cleared for traffic movement.

Major Abdullah Khamis Al-Azizi, Head of the Investigation and Serious Accidents Department in the Traffic Department of External Areas, attributed the accident to excessive speed without observing the road conditions, which led to the falling of the mixer truck on the vehicle.

He called on the drivers of vehicles and road users to exercise caution, and adhere to the prescribed speed limits, and take into account the road conditions and not to be busy while driving the vehicle.