US coronavirus death toll climbs by 1,883 in 24 hours - GulfToday 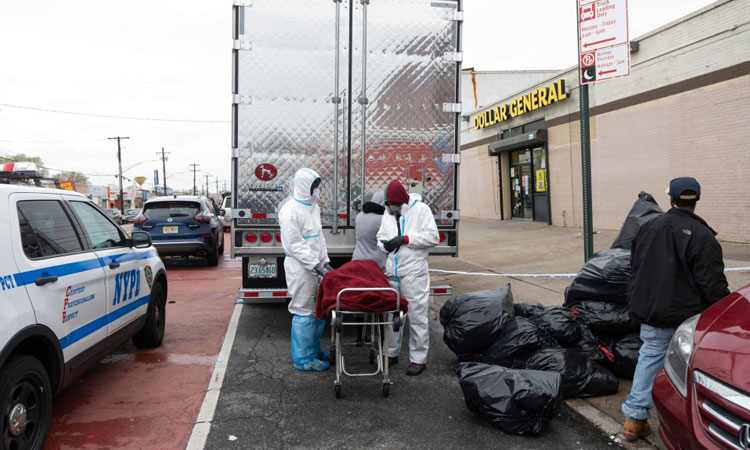 People in Hazmat suits transport a deceased body on a stretcher outside a funeral home in New York City on Friday. AFP

The coronavirus death toll in the United States climbed by 1,883 in the past 24 hours, a tally by Johns Hopkins University showed on Friday, bringing the total number of fatalities to nearly 65,000.

The Baltimore-based university had recorded more than 1.1 million cases in the country as of 8:30 pm Friday (0030 GMT Saturday), with 64,789 deaths, a rise of three percent from a day earlier.

Meanwhile, protesters marched in several cities across California on Friday demanding the easing of restrictions due to the coronavirus outbreak and denouncing Governor Gavin Newsom's decision to shut down some beaches. 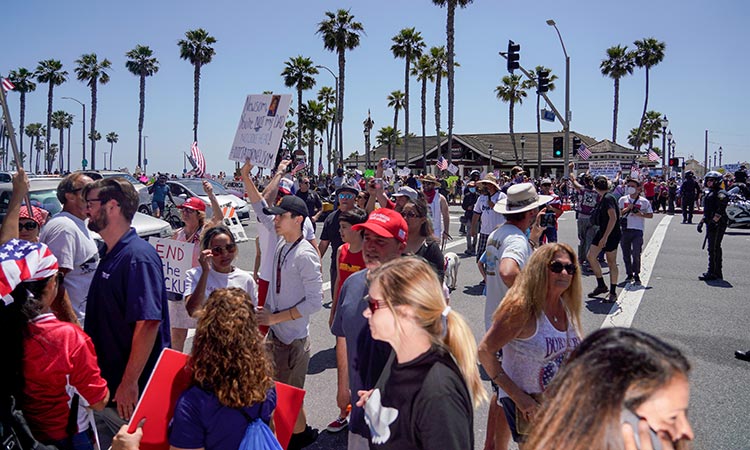 People gather near Huntington Beach Pier during a protest in Orange County, California, on Friday. Reuters

The protests were taking place in at least 11 cities, including the capital Sacramento as well as San Francisco, Los Angeles and San Diego.

Some of the demonstrators waved American flags and carried signs that read "Freedom is Essential," "Open Our Churches" or "Gruesome Newsom," while voicing anger at stay-at-home rules put in place to slow the spread of the virus.

Most of the protesters did not wear any face coverings or follow social distancing guidelines.

In Huntington Beach, about 35 miles (55 kilometres) south of Los Angeles, some 700 people rallied downtown to denounce Newsom's order to shut local beaches from Friday in order to avoid a repeat of last weekend when crowds flocked to the shoreline. 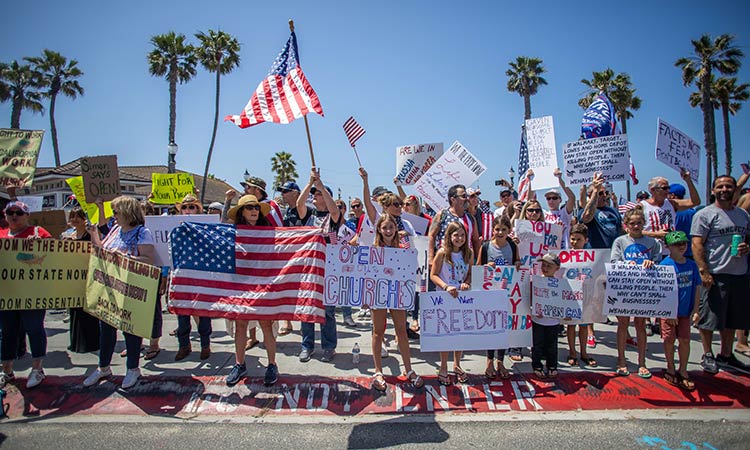 Protestors gather in a demonstration in Huntington Beach, California, on Friday. Apu Gomes/AFP

"It was the straw that broke the camel's back," protestor Monica Beilhard said, referring to the beach shutdown.

"It was uncalled for, unnecessary and people out here are making that known," she added. "And we're also very much saying enough is enough, we have the right to work... and it's time for the governor to allow the healthy to be able to get back to business."

Europe remains the hardest hit continent with 2,637,546 cases including 195,975 fatalities, while the United States has 2,510,323 infections including 125,539 deaths. The rate of infections worldwide continues to rise, with one million new cases recorded in just six days.