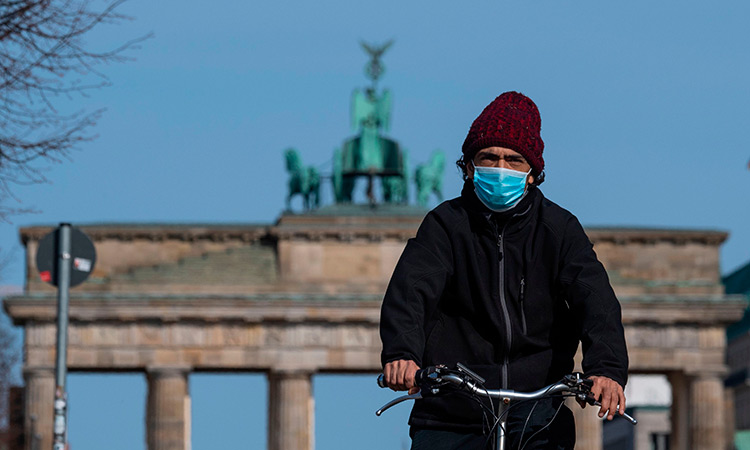 A man wearing a face cover cycles in front of the Brandenburg Gate in Berlin. AFP

First signs that transmission of the novel coronavirus has again picked up were visible in German official data, just as the country attempts a cautious easing of its lockdown measures.

Ministers and virologists have hammered home the importance of squeezing the number below 1.0.

And the country has seen days of intense media and political debate after Chancellor Angela Merkel warned Germany's federal states against loosening their lockdowns too quickly. 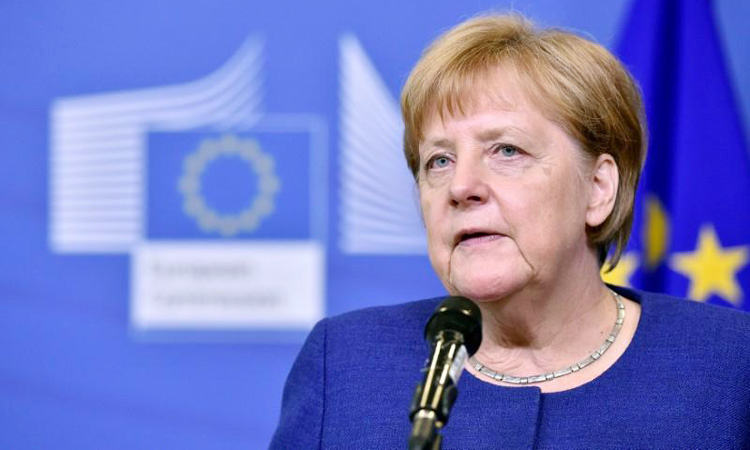 Since mid-April, the infection rate had sunk as low as 0.7 before inching back up again.

Meanwhile the mortality rate from the disease has also been rising day by day.

By Tuesday, it had reached 3.8 per cent according to RKI figures, which remains well below some neighbouring countries such as France.

Rising infection and mortality rates could pose a puzzle for authorities, as a population chafing at lockdown measures is just beginning to enjoy some refound freedoms and an initial united front in politics and media crumbles. 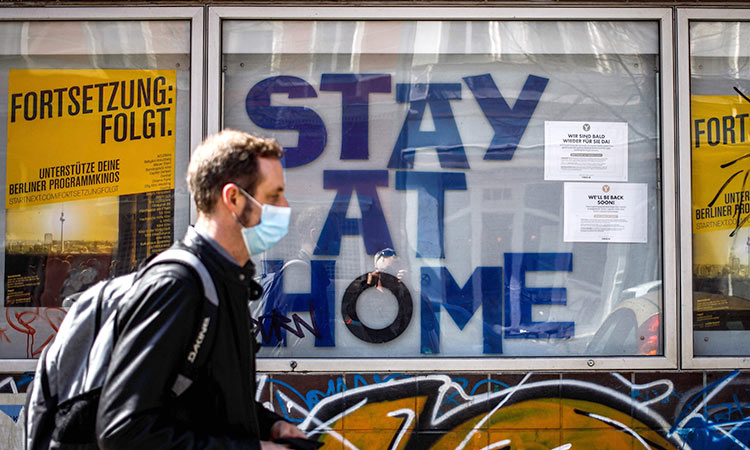 A man wearing a protective face mask walks past a cinema with the words "Stay at Home" on display in Berlin. AFP

Health Minister Jens Spahn earlier in April declared the pandemic "under control" in Germany, as Merkel and state premiers agreed smaller shops could open from last week and some pupils return to school from next Monday.

Now the less encouraging data will flow into the chancellor's deliberations with regional leaders on Thursday, ahead of a new round of lockdown decisions on May 6.

Until now, the May 6 gathering had been expected to bring further easing of restrictions.

Merkel's pleas not to rush a step-by-step unwinding of lockdown for fear of again worsening the virus' spread were dismissed or even blasted as authoritarian by some voices in media and the opposition.

"Even if we assume that one person infects 1.1 others, we would reach the limits of what our health system and intensive care beds can manage in October," she warned earlier this month. 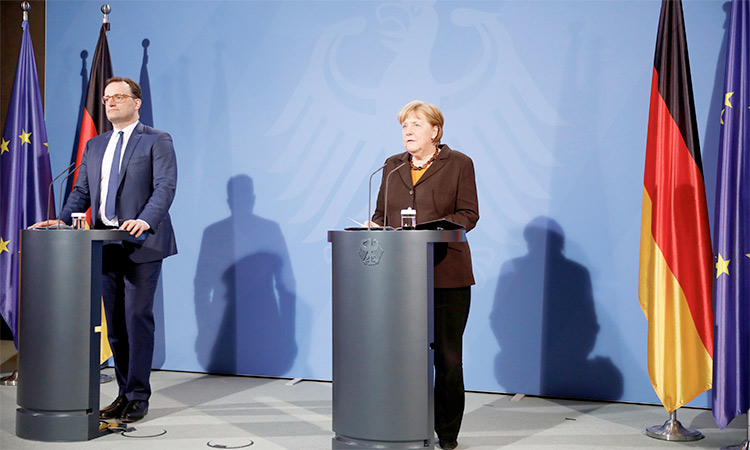 It was shortly after 6 pm on Monday, March 22, when Angela Merkel called a break after hours of deadlocked discussion with her deputy and Germany’s 16 state premiers on how to halt a third wave of the COVID-19 pandemic. 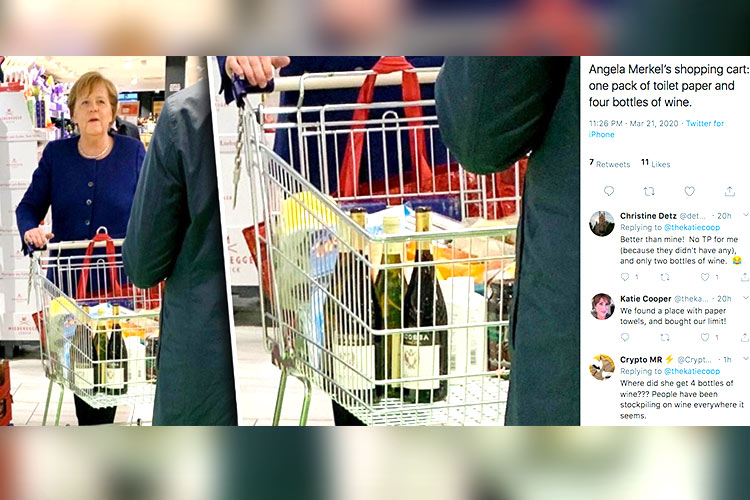 She filled her shopping cart with cherries, soap, wine and toilet paper, among other things and she paid by card at the checkout.