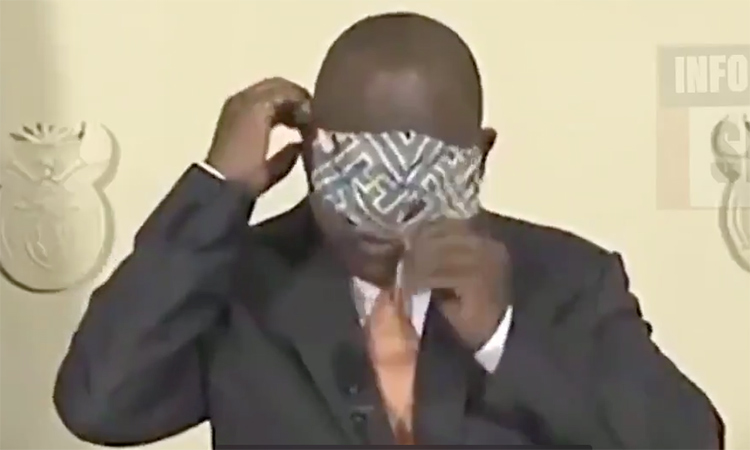 In this still from a video shows South Africa's President Cyril Ramaphosa pokes fun with his face mask.

South Africa's President Cyril Ramaphosa on Friday poked fun at himself for clumsily fumbling with his face mask during televised speech, a move that attracted widespread laughter on social media.

Ramaphosa to be sworn in as president of South Africa

The president awkwardly pulled a colourful fabric mask over his eyes after announcing an easing of lockdown restrictions on Thursday night, prompting instant reactions on Twitter by amused viewers.

The hashtags #facemaskchallenge and #CyrilMaskChallenge were trending on Friday as South Africans humoured their president by posting captioned images of Ramaphosa and pictures of themselves in impromptu face coverings.

"For those who were laughing at me yesterday, let me tell you something," Ramaphosa told reporters during a hospital tour on Friday.

"I am going to open a TV channel where I will teach people how to put on a mask," he chuckled. "You can enrol."

Ramaphosa's mask incident lightened the mood in a country entering the fifth week of a strict nationwide lockdown and where the number of coronavirus cases — 3,953 to date — is the highest in Africa. 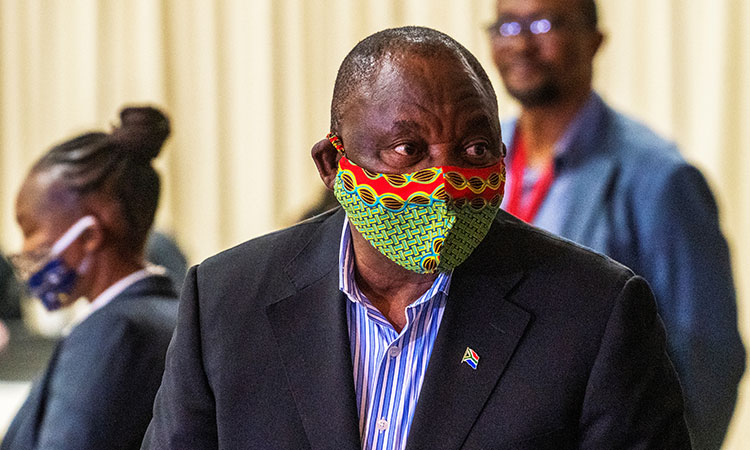 Another Twitter user noted the "sign language lady" locked bewildered and ran out of signs during the mask struggle.

"I don't think Mr President will mind," she tweeted. "We have more than enough sulk moments. Let's laugh a little."

Ramaphosa has called on all South Africans to wear face masks as the lockdown is set to be gradually phased out from May 1. 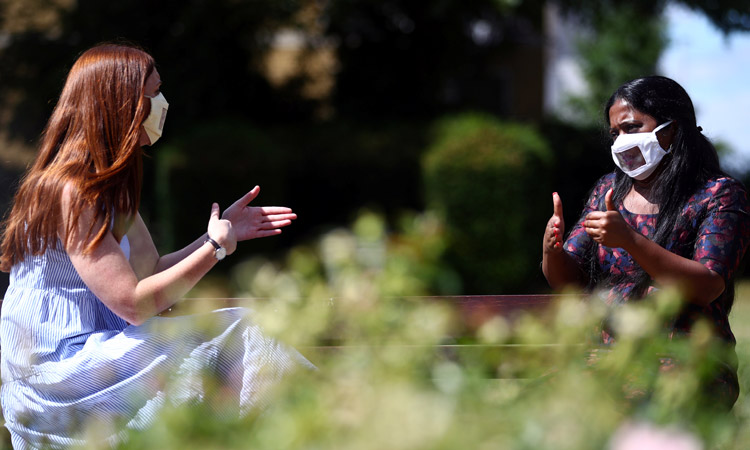