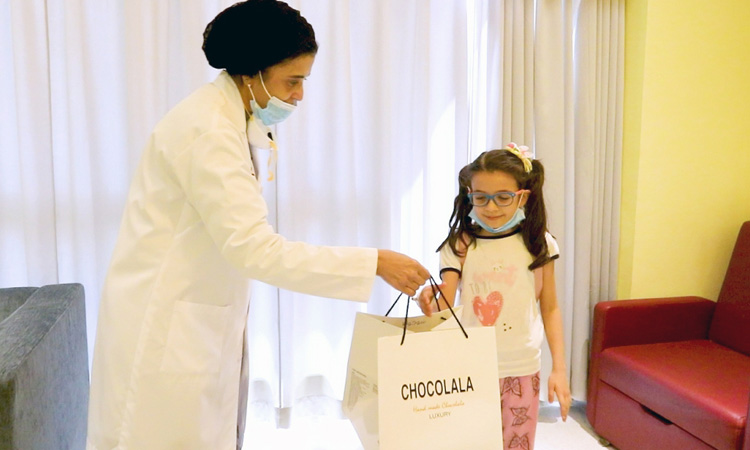 Seven-year-old Leen had no idea what she was fighting with for over a week. The little girl was hospitalised on April 14 after she suffered high-grade fever, severe cough, and breathlessness. Her parents informed the doctor that the child showed signs of weakness about three days ago.

The doctor who attended to the child in Burjeel Hospital, Abu Dhabi, swiftly took her nasal and throat swabs and sent it for a COVID test. As suspected, she tested positive for COVID-19.

After undergoing treatment for over a week, Leen has now completely recovered. She is one of the youngest in the UAE to win the battle against the deadly COVID-19.

Discharged from the hospital, Leen, who had by now won the hearts of all the staff in the hospital, was given a standing ovation. 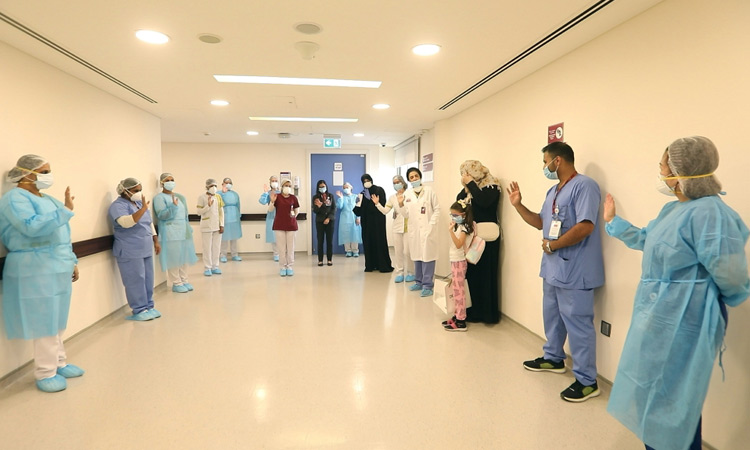 Burjeel Hospital's staff members give a standing ovation to Leen.

Professor Dr Nashwa Bahaa El-Din, Pediatrician at VPS Healthcare’s Burjeel Hospital, said she is extremely happy that the child has recovered in a short time.

"I was very worried about her. Leen is just seven. She didn’t know what she was suffering from. I tried to explain to her that COVID-19 is just a viral infection, an enemy to be fought. I am not sure whether she had fully grasped what I told her. But she was very cooperative and obeyed all our instructions. The child faced breathlessness at the time of admission but started to show signs of recovery very soon. Thankfully, she has now fully recovered.”

The news of the test result had come as a shocker to Leen’s family. "We were shattered. I am not sure how did she contract the virus. None of us in the family had any symptoms,” said Btoul Diyad, the child’s mother. They were only relieved once the doctor explained to her about treatment and medication.

Being a child, it was not practical to treat Leen in the absence of her parents. The mother was hence with her for all these days.

"I stayed with my child wearing a PPE (personal protective equipment). Nobody else was allowed inside the room except nurses and doctors. It was a tough time. My husband looked after our children at home. He was very worried about Leen. Both of them were always in touch over the phone,” added Btoul.

Meanwhile, the results of the other family members had come negative bringing much relief for all. The hospital authorities used to take samples of Btoul on every fourth day for a COVID-19 test as there was a chance for her to get infected. But all her results were negative.

Confining to a room was not easy for Leen as well. She felt sad, yet was very cooperative and obedient. According to her mother, she engaged herself completely to indoor activities. "She had no option of going out to play. Restricted to the room, she spent her time mostly painting, watching TV, and reciting Quran,” said Btoul.

On leaving to her home after a week, Leen said that she is happy and requested her friends to stay at home to avoid falling sick. Dr. Nashwa presented her with a box of chocolates. She left the hospital with a broad smile on her face, clinging to the left hand of her mother while all the staff at the hospital gave her a standing ovation. She waved at them and on exiting the main entrance, turned around, and gave Dr. Nashwa a flying kiss.

Btoul thanked the doctors and nurses at Burjeel Hospital for their care. "I am extremely thankful to Dr Nashwa and the team at Burjeel. They had taken good care of us,” she added.

Healthcare providers have been putting stress on the need of awareness campaigns as part of the efforts to counter the spread of COVID-19, besides adopting several measures in line with the programmes and plans of the government to address the global pandemic in order to maintain the safety of citizens and residents. 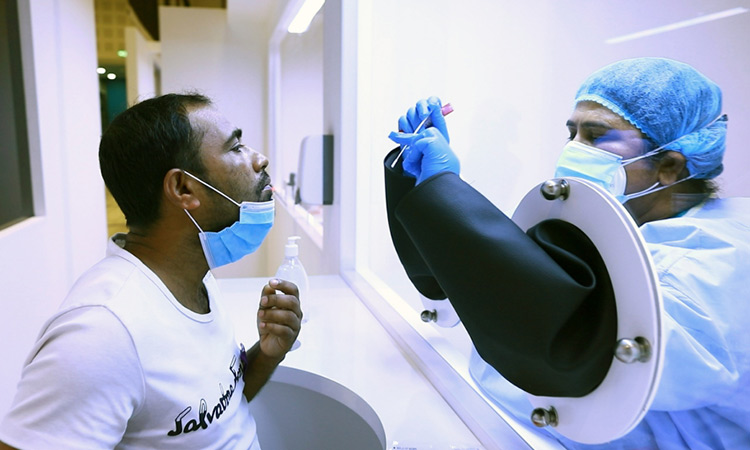 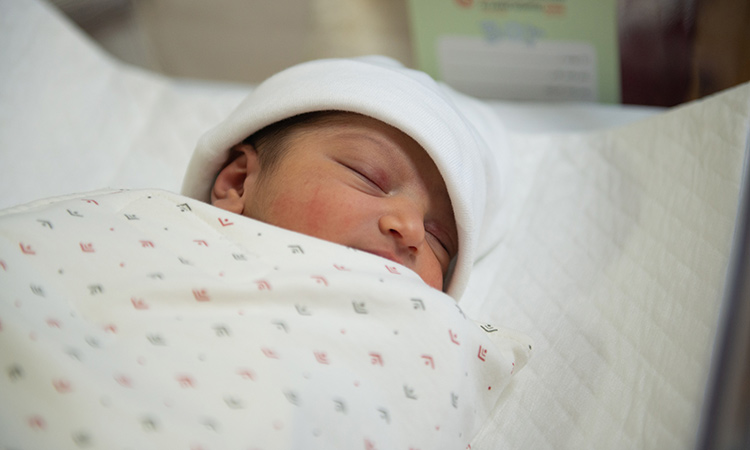 The mother was admitted to Al Zahra Hospital Dubai on May 2, with a positive COVID-19 diagnosis and 37 weeks pregnant. The mother is expected to be discharged after the 3rd negative test result for COVID-19. The baby has also been tested for the virus and the results are awaited.