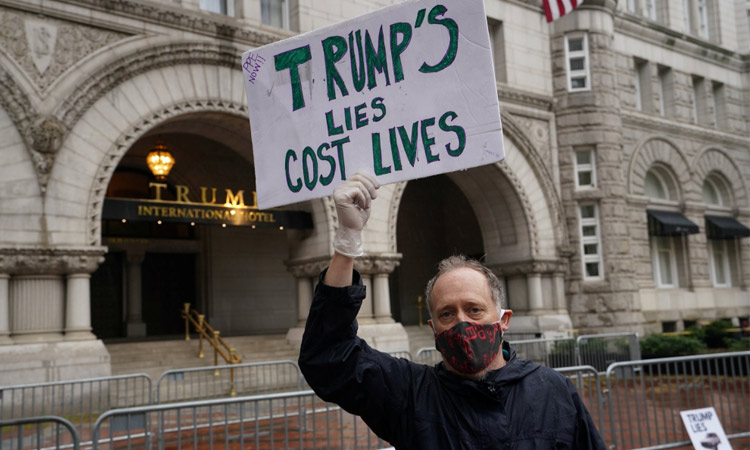 A man protests with a sign reading 'Trump's Lies Cost Lives' during a demonstration in Washington on Thursday. Reuters

Doctors and health experts urged people not to drink or inject disinfectant on Friday after U.S. President Donald Trump suggested scientists should investigate inserting the cleaning agent into the body as a way to cure COVID-19.

"This is one of the most dangerous and idiotic suggestions made so far in how one might actually treat COVID-19," said Paul Hunter, a professor of medicine at Britain's University of East Anglia. He said infecting disinfectants would be likely to kill anyone who tried it.

"It is hugely irresponsible because, sadly, there are people around the world who might believe this sort of nonsense and try it out for themselves," he said.

Trump said at his daily media briefing on Thursday that scientists should explore whether inserting light or disinfectant into the bodies of people infected with the new coronavirus might help them clear the disease. 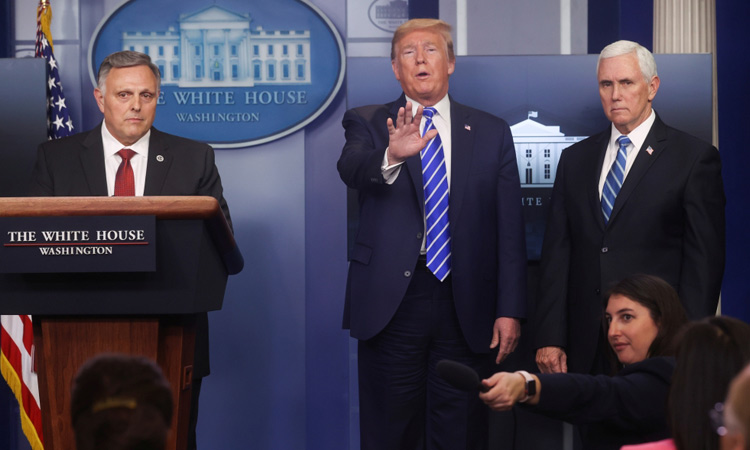 "Is there a way we can do something like that by injection, inside, or almost a cleaning?," he said. "It would be interesting to check that."

While ultraviolet (UV) light is known to kill viruses contained in droplets in the air, doctors say there is no way it could be introduced into the human body to target cells infected with COVID-19.

"Neither sitting in the sun, nor heating will kill a virus replicating in an individual patient's internal organs," said Penny Ward, a professor in pharmaceutical medicine at Kings College London and chair of the Education and Standards Committee of the Faculty of Pharmaceutical Medicine.

Reckitt Benckiser, which manufacturers household disinfectants Dettol and Lysol, issued a statement also warning people not to ingest or inject its products.

Parastou Donyai, director of pharmacy practice and a professor of social and cognitive pharmacy at the University of Reading, said Trump's comments were shocking and unscientific. 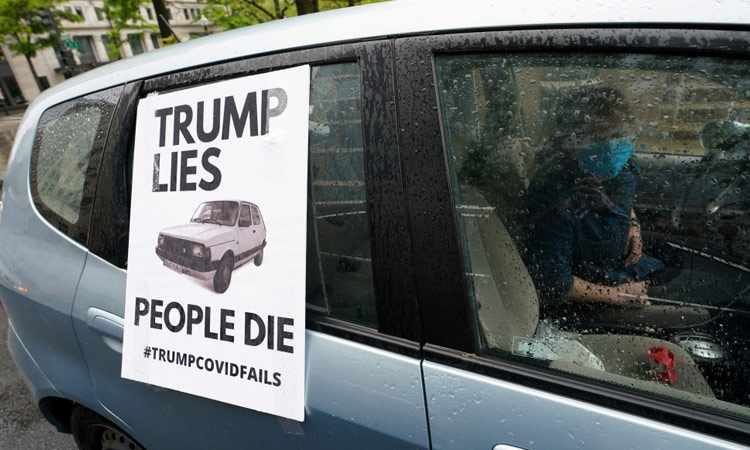 Donyai said people worried about the new coronavirus and the COVID-19 disease it causes should seek help from a qualified doctor or pharmacist, and "not take unfounded and off-the-cuff comments as actual advice."

Robert Reich, a professor of public policy at the University of California at Berkeley and a former US labour secretary, added on Twitter: "Trump's briefings are actively endangering the public's health. Please don't drink disinfectant."

Reading's Donyai said previous comments by Trump had already been linked to people self-administering medicines or other products in ways that make them poisonous.

"We have already seen people mistakenly poisoning themselves by taking chloroquine when their hopes were raised by unscientific comments," she said.