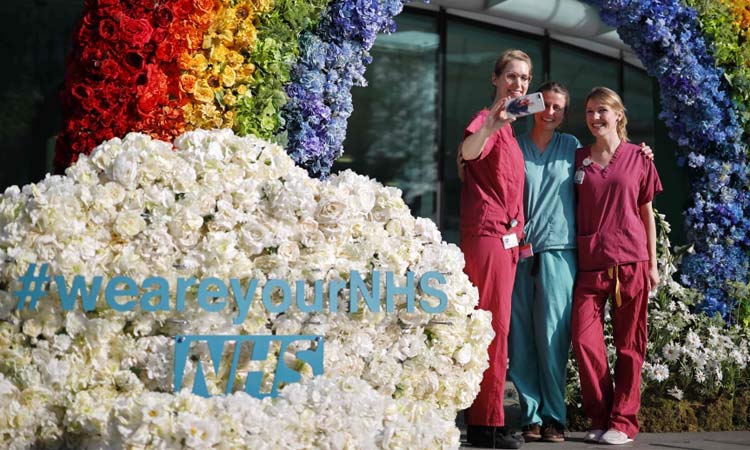 Doctors from University College Hospital pose for a photograph at a floral rainbow tribute to NHS staff providing essential services during the COVID-19 pandemic in London on Thursday. AFP

Britain’s Health Minister Matt Hancock promised on Thursday to expand coronavirus testing to all those considered key workers after the government faced criticism for failing to roll out mass checks.

Previously only healthcare employees and those working in nursing homes have been able to get tests.

The government classifies as key workers people working in jobs such as teachers, government employees and delivery drivers.

“We can make it easier and faster and simpler for an essential worker in England who needs a test to get a test,” Hancock told reporters. “This all applies to essential worker households too. It is all part of getting Britain back on her feet.”

However the health secretary refused to give further details of the UK’s “exit strategy” after chief medical officer Chris Whitty suggested social distancing measures may have to remain in place until 2021.

The government has come under increasing pressure to set out plans to lift the lockdown after Nicola Sturgeon set out how restrictions could be lifted in Scotland. Hancock said only that “we are absolutely determined to avoid a second peak.”

Meanwhile the UK’s hospital death toll exceeded 18,700 on Thursday’s count while the number of tests carried out – 23,560 – still remained well under the 100,000 target for the end of the month.

However, the country’s chief scientific adviser, Patrick Vallance, said that the death rate in Britain for the new coronavirus will only start to decline quickly in another couple of weeks.

“Although the number of patents in intensive care units is coming down slowly, the deaths remain at a plateau, coming down slightly, not coming down fast,” he said. “I would expect that to continue for another couple of weeks and we will then see a faster decline,” he added during a news conference. 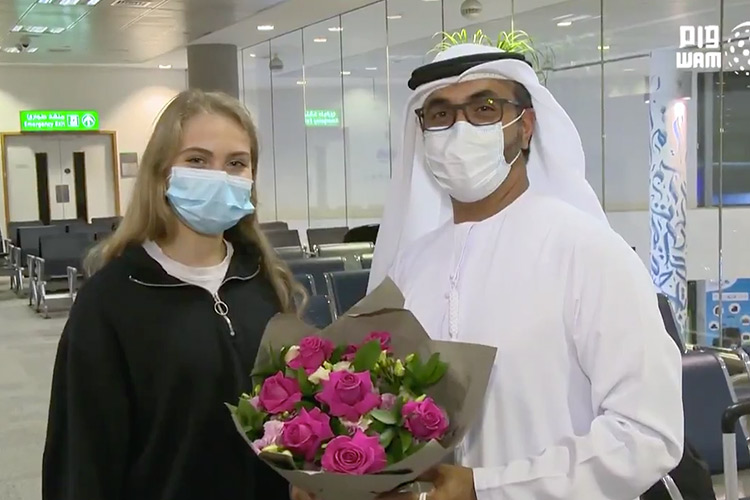 'I am very thankful for the Government of UAE for bringing me back home to be with my family,' said Eilidh Ashton.