Skies of some areas to be cloudy further - GulfToday

Skies of some areas to be cloudy further 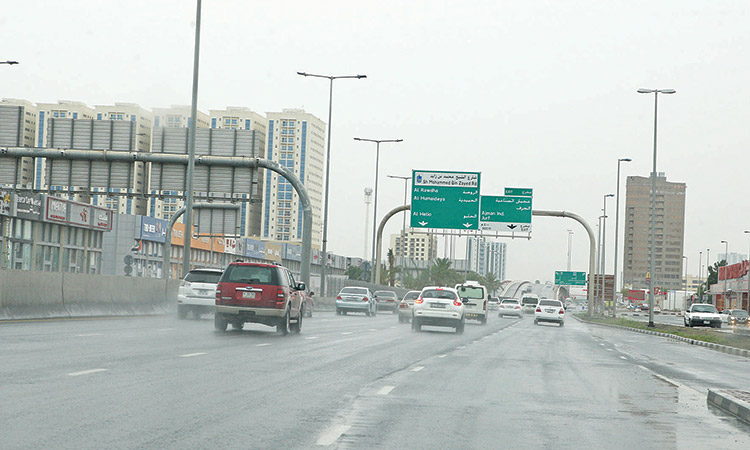 Light rain lightens the mood of the residents.

Different areas of the country witnessed on Thursday light to moderate rains and active winds, whose speed reached 50km/h, stirring dust, and resulting in low horizontal visibility due to being affected by a surface air depression accompanied by a low air extension in the upper atmosphere.

Friday’s weather is expected to be partly cloudy, to clear in general, and humidity increases at night and Saturday morning, with the possibility of fog or light fog in some northern regions.

Winds on Saturday are likely to be north to northwest, light to moderate, with a speed from 16 to 26 up to 36 km/h.

The sea is expected to be light to moderate in the Arabian Gulf, and in the Sea of Oman.

Saturday’s weather is expected to be clear to partly cloudy, with a gradual rise in temperature.

Sunday’s weather is predicted to be clear to partly cloudy, sometimes cloudy in some western regions at night, especially on the islands and the sea. Some light rain may fall, and moderate winds will blow southeasterly to southeasterly, occasionally active, dust stirring with a speed from 18 to 28, reaching 38km/h.

The waves are expected to be light to moderate in the Arabian Gulf, and in the Sea of Oman.

The weather of Monday will be dusty and partially cloudy, sometimes cloudy on some western and coastal regions, with the possibility of some rains.

Southeasterly winds will become northwesterly with moderate speed, from 20 to 30 up to 40km/h, sometimes stirring dust.

The waves could be moderate, sometimes turbulent in the Arabian Gulf, and moderate in the Sea of Oman.

The weather on Sunday is expected to be fair to partly cloudy, becoming cloudy at times over some western areas by night especially over the islands and sea. There may be some light rain, according to the National Centre for Meteorology (NCM).

Rainfall in various areas may continue until Wednesday

Light to heavy Rain of different intensity fell on scattered areas of the country on Monday, as result of impact of a surface air depression from the southwest, coinciding with an upper low air extension from the northwest. It dragged clouds that towered over southwest separate parts of the country interspersed with some rainy cumulus clouds, according to the National Centre of Meteorology (NCM).