Coronavirus ‘disaster in the making’ in war-torn Syria - GulfToday 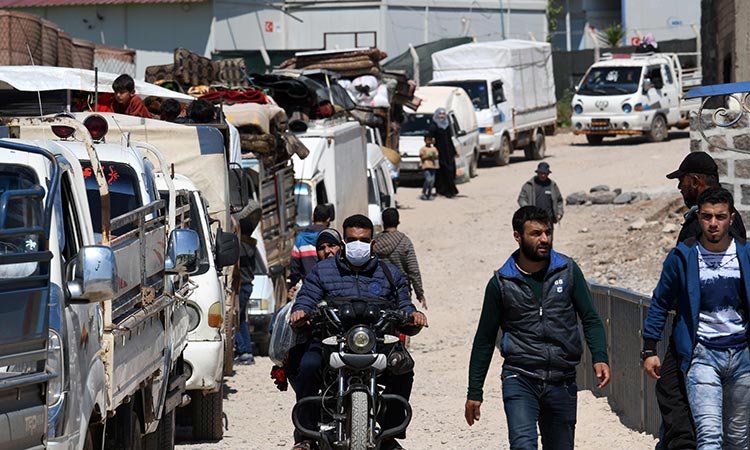 As Europe and the United States struggle to contain the coronavirus pandemic, experts warn that disaster looms in war-torn Syria, where hospitals are unable to meet existing needs and hygiene conditions are dire.

In Syria, the Damascus government has closed borders, forbidden movement between provinces and shut schools and restaurants in an effort to stem the spread of the virus. 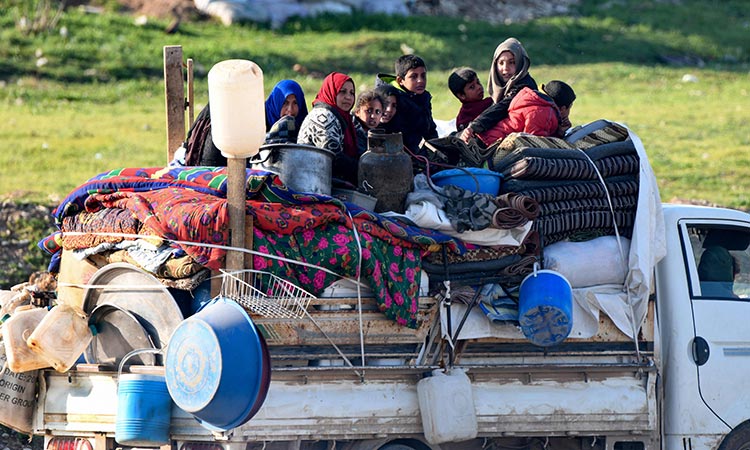 Displaced Syrians join a convoy driving toward the Deir Al Ballut checkpoint to return to their homes. Rami Al Sayed/AFP

Official numbers are low with two deaths and 19 confirmed cases, but only 100 patients are being tested daily, with half of the testing carried out in the capital Damascus.

And while the government has regained control of most of the country after almost a decade of civil war, some areas are still held by pro-Ankara rebels and Kurds.

"Medical staff believe that there are many people who are dying in Syria with the symptoms of the virus," said Zaki Mehchy, senior consulting fellow at London-based think tank Chatham House.

"But the security agencies ask them or order them not to mention it, especially to the media," he added.

Aid groups are sounding the alarm on the potentially devastating consequences of a severe outbreak in Syria, where nine years of war have hit hospitals and left them ill-equipped to deal with the pandemic. 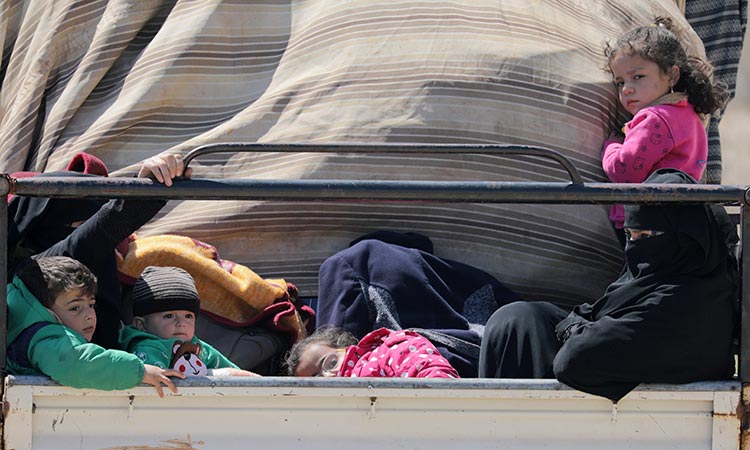 Displaced Syrians ride on a back of a truck as they move back home as coronavirus outbreak in Dayr Ballut. Reuters

"There is a disaster in the making," said Emile Hokayem, Middle East analyst at the International Institute for Strategic Studies in London (IISS).

According to the World Health Organization (WHO), less than two-thirds of hospitals were up and running at the end of 2019 and 70 percent of healthcare workers have fled since the war began in 2011.

The International Committee of the Red Cross (ICRC) warned that physical distancing is impossible in displacement camps in Idlib, the last rebel-held province, which was already enduring a humanitarian crisis before the pandemic started.

"A lack of food, clean water and exposure to cold weather have already left hundreds of thousands of people in poor health, making them even more vulnerable," said Misty Buswell from aid group International Rescue Committee (IRC), adding that the devastation in Idlib could be "unimaginable".

The IRC said that almost all of the 105 intensive care beds and 30 adult ventilators in Idlib were already in use. 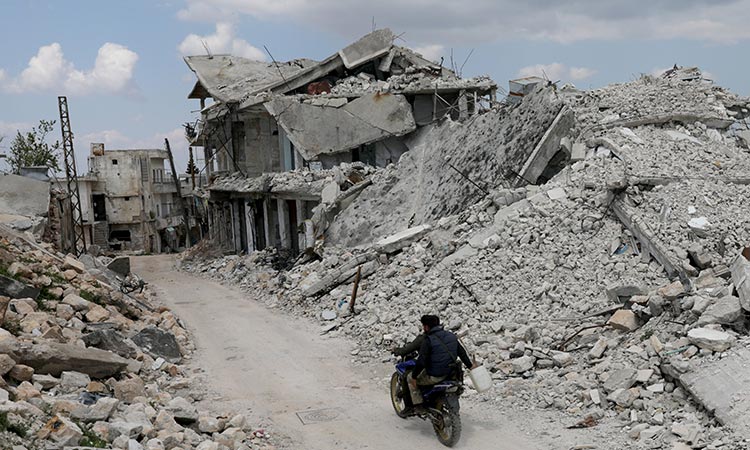 Men ride on a motorbike during the coronavirus outbreak in Jabal Al Zawiya, Syria, on Sunday. Khalil Ashawi/Reuters

WHO said testing would start in Idlib at the end of March, but little help is to be expected from Damascus, according to Mazen Gharibah, associate researcher at the London School of Economics.

"One cannot simply assume that the regime — which was systematically targeting the hospitals three weeks ago — is going to provide the same hospitals with medical equipment next week," he said.

Activists have repeatedly accused the government of targeting hospitals in rebel-held areas, a charge denied by Damascus. 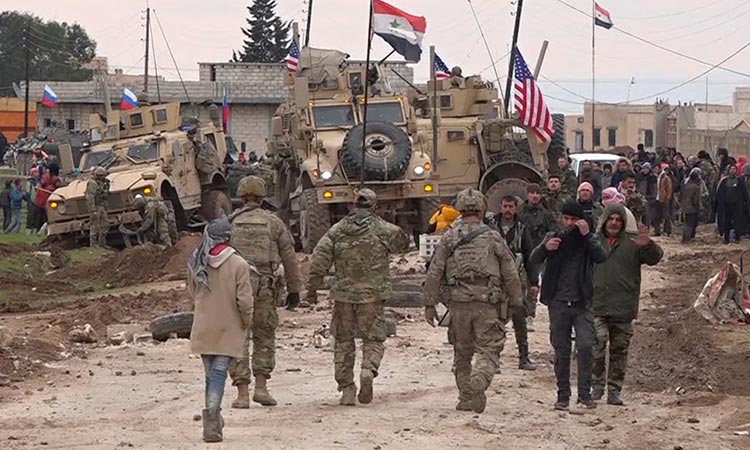 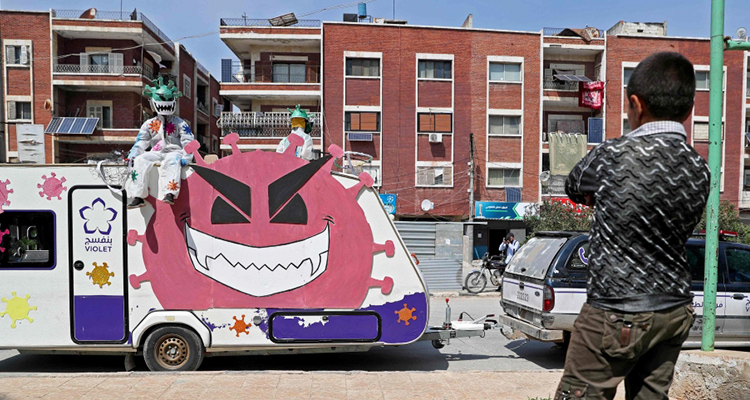 A white caravan splashed with images of the coronavirus roams the streets of Idlib city in northwest Syria where a volunteer tell passers-by of the virtues of social distancing and hygiene to avoid infection.