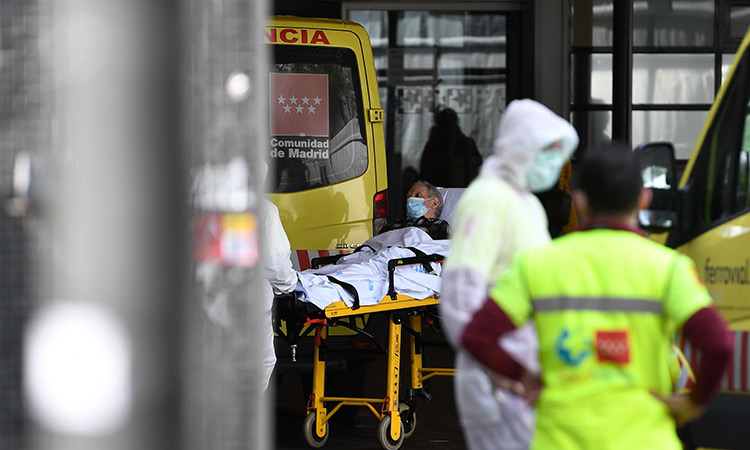 Ambulance workers push a wheelchair with a patient at a nursing home in Leganes Madrid, Madrid, Spain. File/Reuters

The worldwide number of deaths from the novel coronavirus pandemic rose to 109,307 on Sunday, according to a tally compiled by AFP at 1100 GMT from official sources.

Coronavirus vaccine could be ready by September says Oxford professor

Many countries are only testing the most serious cases.

The United States, which recorded its first death in late February, has registered the most deaths in the world with 20,608 and the most infections with 530,006.