US marks grim milestone as over 2,000 die in a day - GulfToday 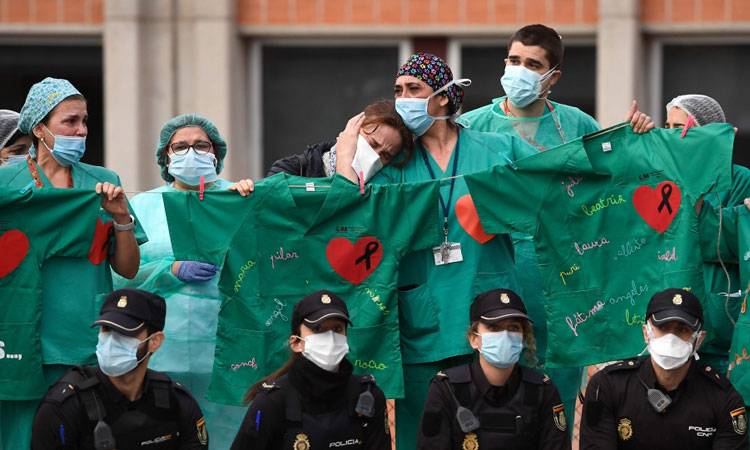 Healthcare workers comfort the wife of Esteban, a male nurse that died of the coronavirus in Leganes, near Madrid, on Saturday. AFP

The United States became the first country to report more than 2,000 coronavirus deaths in a single day, marking a grim milestone as billions around the world celebrated the Easter holiday weekend under lockdown from home. 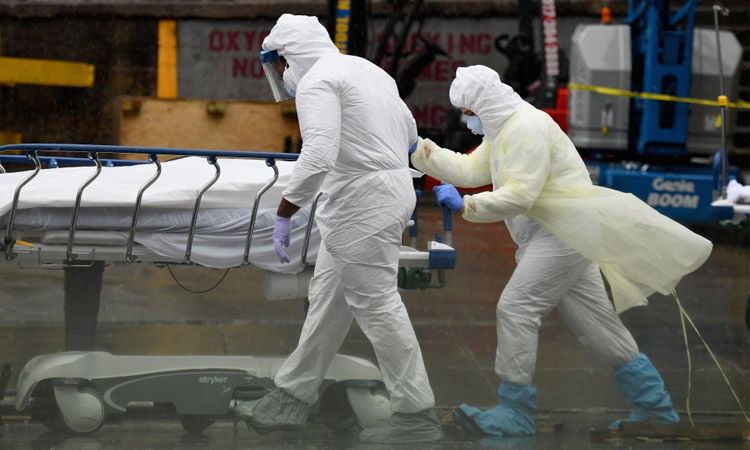 Britain’s COVID-19 death toll neared 10,000 on Saturday after health officials reported another 917 hospital deaths, while one senior minister said Prime Minister Boris Johnson will need time off as he recovers from being seriously ill with the virus. Britain has now reported 9,875 deaths from the coronavirus pandemic, the fifth highest national number globally. 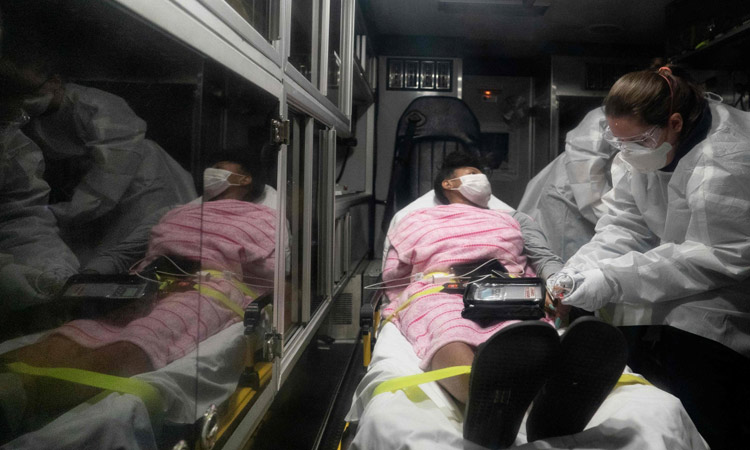 “Don’t do silly things,” said Domenico Arcuri, Italy’s special commissioner for the virus emergency. “Don’t go out, continue to behave responsibly as you have done until today, use your head and your sense of responsibility.”

Italian authorities set up roadblocks around Milan to discourage people from going on holiday trips. British police kept a close watch on gatherings in parks and at the seaside on what was set to be the hottest day of the year. France deployed some 160,000 police, including officers on horseback who patrolled beaches and parks.

“It’s useless to pack your bags for a vacation,” the Paris police headquarters tweeted.

The outbreak’s center of gravity has long since shifted from China to Europe and the United States, which now has by far the largest number of confirmed cases, with more than half a million, and a death toll higher than Italy’s count of nearly 19,500, according to the tally kept by Johns Hopkins University. 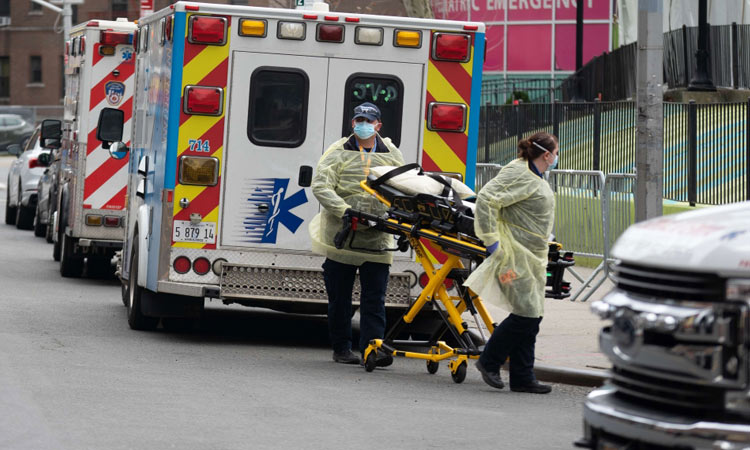 About half the deaths in the US are in the New York metropolitan area, where hospitalisations are nevertheless slowing and other indicators suggest lockdowns and social distancing are "flattening the curve” of infections and staving off the doomsday scenarios of just a week or two ago.

New York state on Saturday reported 783 more deaths, for a total over 8,600. Gov. Andrew Cuomo said the daily number of deaths is stabilising "but stabilising at a horrific rate.”

"What do we do now? We stay the course," said Cuomo, who like other leaders has warned that relaxing restrictions too soon could enable the virus to come back with a vengeance. 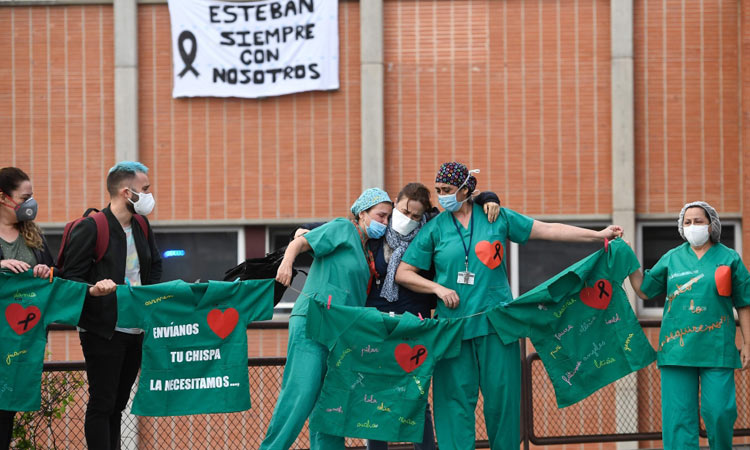 Healthcare workers comfort the wife of Esteban, a male nurse that died of coronavirus in Spain. AFP

With authorities warning that the crisis in New York is far from over, Mayor Bill de Blasio announced that the city's 1.1 million-student school system will remain closed for the rest of the academic year. But Cuomo said the decision is up to him, and no such determination has been made.

Nearly 300 inmates at the Cook County Jail have tested positive for the virus, and two have died. In Wisconsin, health officials expect to see an increase in coronavirus cases after thousands of people went to the polls during Wisconsin’s presidential primary Tuesday.
Michigan's governor extended her state’s stay-at-home order with new provisions: People with multiple homes may no longer travel between them.