Over 100 Pakistanis died of coronavirus in New York - GulfToday 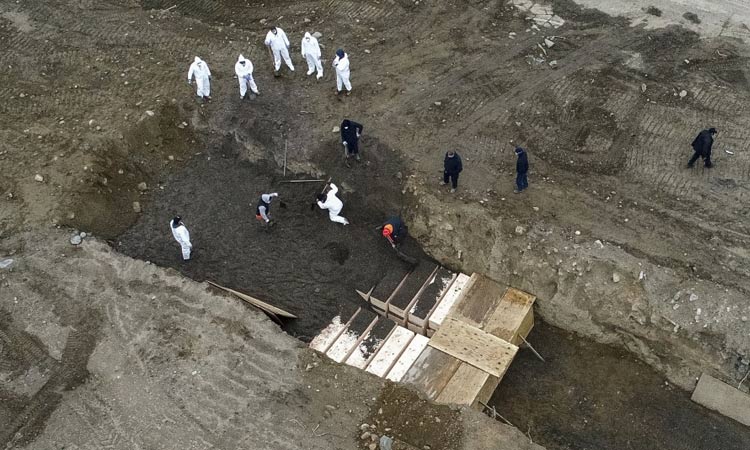 A drone picture shows bodies being buried in a mass grave on Hart Island in New York. Reuters

More than 100 Pakistanis have died of the coronavirus in the New York region, officials said.

The week ending on Friday has been the deadliest so far as the death toll across the United States almost doubled during this period.

Total confirmed cases of the deadly respiratory disease across the United States have also reached almost half a million.

“Information collected from hospitals, funeral homes and families indicate that more than 100 Pakistanis have died of this virus in the New York-New Jersey region,” said Pakistani's Consul General Ayesha Ali. 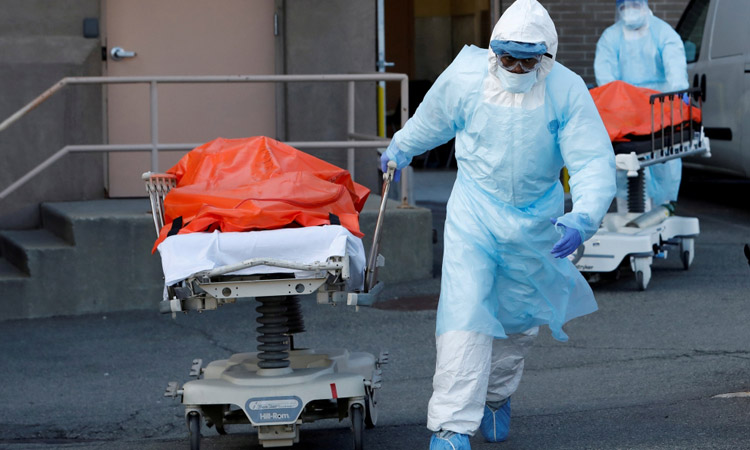 Healthcare workers wheel the bodies of deceased people during the outbreak of the coronavirus in New York Cit. Reuters

Statistics released in New York show that the disease has had a devastating impact on ethnic minorities. The highest number of deaths - 34 per cent happened in the Hispanic community, followed by African-Americans, 28 per cent.

The Whites are third on the list with 27 per cent deaths. Seven per cent of fatalities happened in the Asian-American community, which also includes Indians and Pakistanis.

“We fear the death toll will increase as more information filters in,” said Consul General Ali, adding that the consulate was working with the community to help those affected. “We have a very strong community here. They are doing a lot on their own,” she said.

The community has also arranged free distribution of food for those in the vulnerable group — aged 50 and above — who cannot risk going out for grocery. Statistics show that more than 90 per cent of deaths have happened in this group. 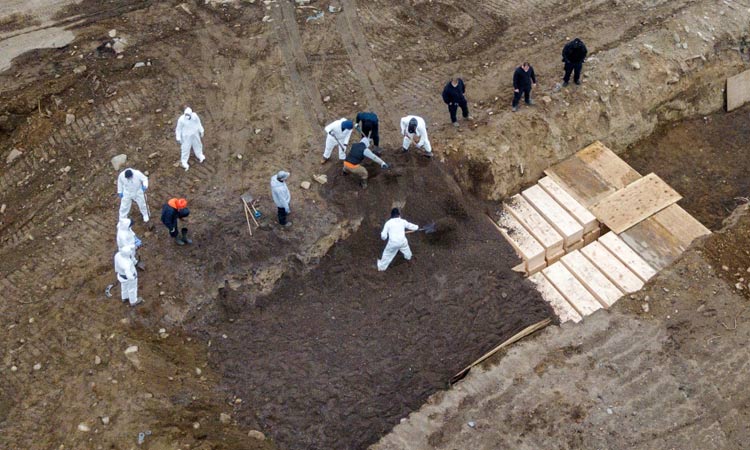 Dr Sarfraz Memon, a Pakistani-American physician who recently received the US National Institutes of Health’s 2019 Clinical Center CEO Award for patient care, said that living in congested cities like New York and using public transport further increases the risk of getting infected with viruses and bacteria.
He noted that people in large cities had the habit of eating out and “our desi restaurants often suffer from extreme uncleanliness, which adversely impacts those who eat there.”

Dr Memon pointed out that “our community tends to be sceptical of science” and often ignores preventive measures, such as social distancing. “We also find recommendations from health officials harsh and unnecessary,” he added.

Dr Memon said that scientists and researchers across the globe were working tirelessly to find a cure to this disease but it will still take “12 to 18 months to find a safe and dependable SAR-Co2 vaccine.”

During this interim period, “our community needs to focus on preventive measures and health instructions. This is the only way to avoid getting sick,” he added.