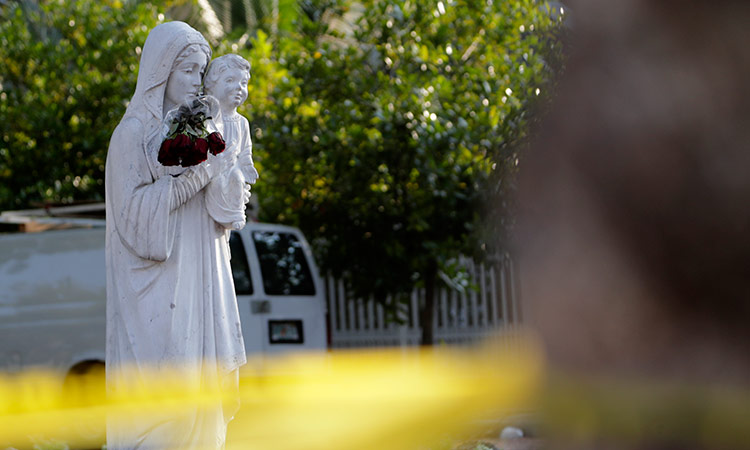 A religious statue sits beyond yellow tape during the coronavirus pandemic in Miami on Thursday. AP

Church doors will be shut and the Vatican sealed off when Pope Francis leads 1.3 billion Catholics in Easter Sunday celebrations held under a worldwide coronavirus lockdown.

Even such hallowed traditions as the pope's messages to the faithful on Saint Peter's Square are being replaced by live streamed prayers that Francis reluctantly records from the seclusion of his private library. 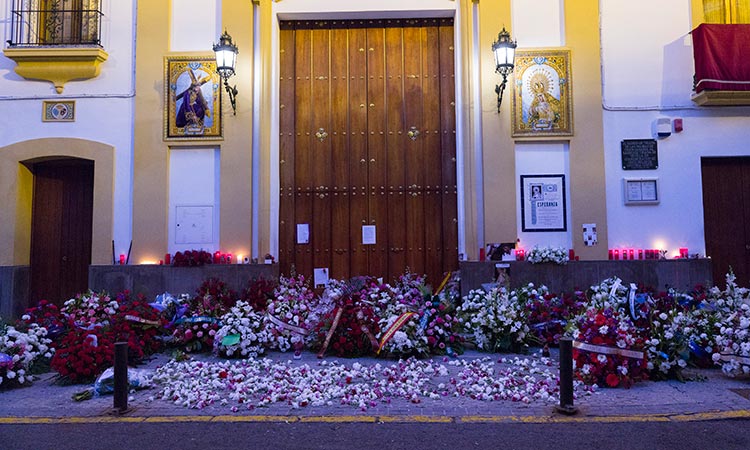 This photo shows flowers at the entrance of “Esperanza de Triana” brotherhood in Seville, Spain, on Thursday. AP

The Vatican has been closed to visitors for a month and the 83-year-old pontiff -- beloved for breaking stuffy customs and mingling with the people -- has complained of feeling "caged".

"We have to respond to our confinement with all our creativity," Francis said in an interview published by several Catholic newspapers this week.

"We can either get depressed and alienated... or we can get creative."

The pope's virtual prayers are just the starkest example of religious improvisation in the age of social distancing and confinement.

Others abound worldwide -- from the Archbishop of Panama blessing his tiny Central American nation from the air in a helicopter to the faithful in Spain blasting religious music from their balconies during Holy Week.

The scale of the unfolding tragedy has seen a New York City cathedral replace rows of wooden seats with hospital beds in case of overcrowding in surrounding emergency wards. 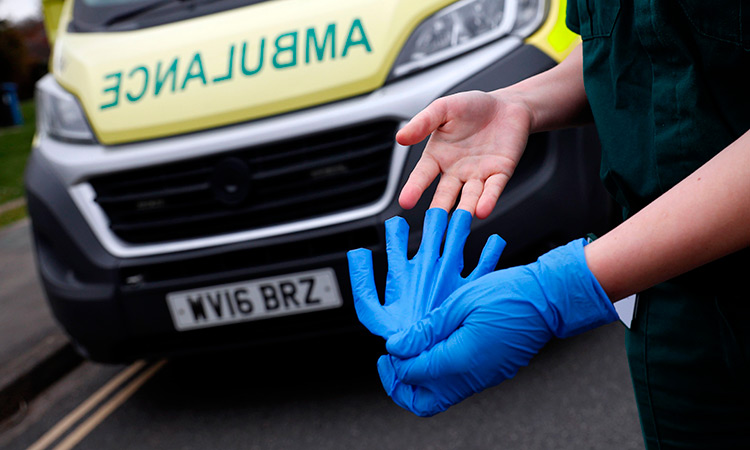