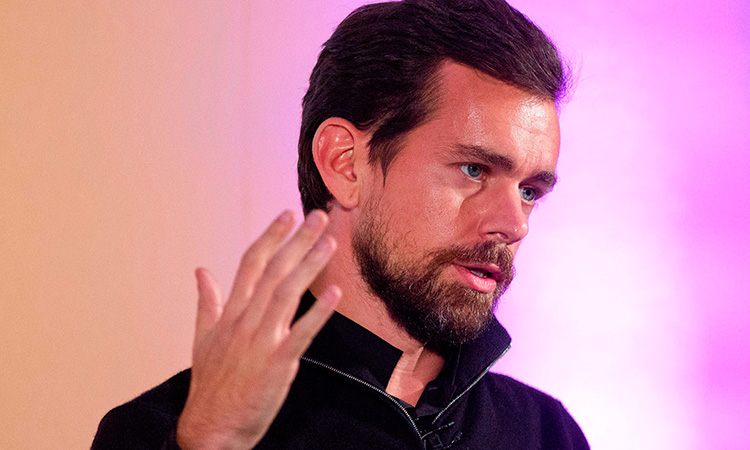 Jack Dorsey, CEO of Square, Chairman of Twitter and founder of both, holds an event in London. File

In a series of tweets, he said it's important to show his work so others can learn.

Dorsey said he would put 28 percent of his wealth, in the form of shares in his mobile payments company Square, into a limited liability company that he had created, called Start Small. Start Small would make grants to beneficiaries, he said, with the expenditures to be recorded in a publicly accessible Google document.

"I'm moving $1B of my Square equity (28 per cent of my wealth) to #startsmall LLC to fund global COVID-19 relief. After we disarm this pandemic, the focus will shift to girl's health and education, and UBI. It will operate transparently," Dorsey said. 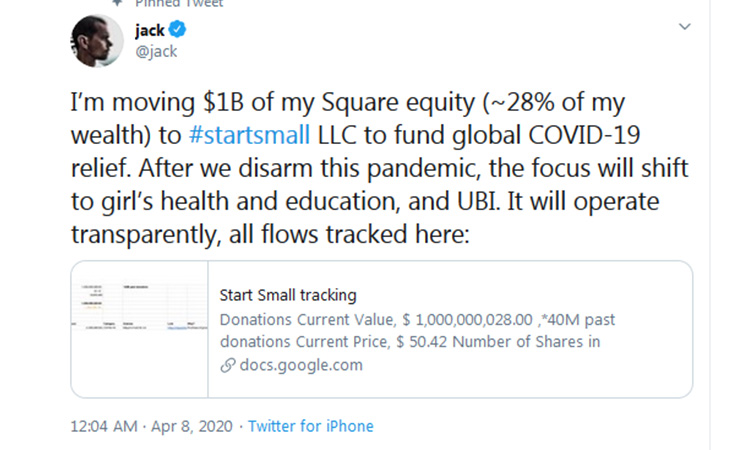 Dorsey also tweeted a link to a public Google Doc where people can track which organisations the fund's money will go to.

He said the needs are increasingly urgent, and he wants to see the impact in his lifetime.

"I hope this inspires others to do something similar. Life is too short, so let's do everything we can today to help people now," he noted.

Jack said he has funded $40 million in grants to many organisations with proven impact and efficiency in the past, mostly anonymously.

Dorsey, 43, joins a growing list of celebrities, world leaders and technologists who are earmarking some portion of their wealth to fighting the spread of the coronavirus and its effects.

Oprah Winfrey has donated more than $10 million of her personal wealth to Covid-19 relief efforts, while other Hollywood personalities — including Justin Timberlake, Dolly Parton and Rihanna — have also made contributions. 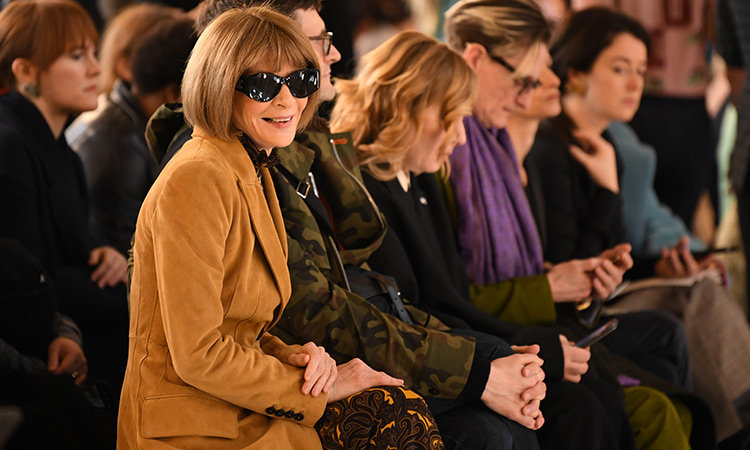 Anna Wintour has shared the emotional response she experienced after finding out Ralph Lauren donated $10m to fighting coronavirus.