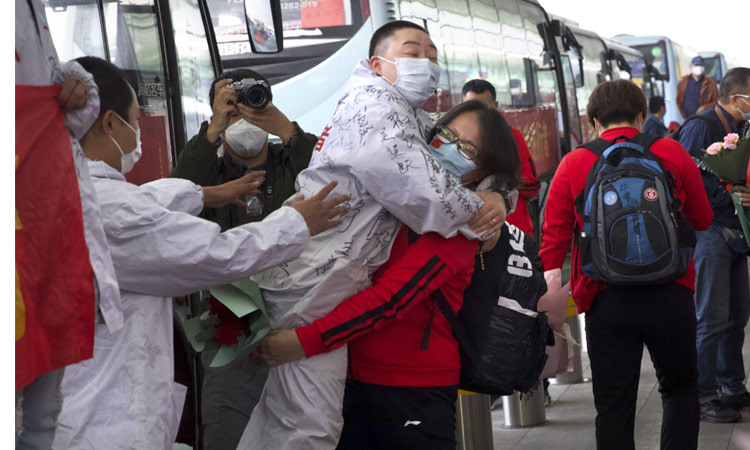 A medical worker from (in red) embraces a colleague from Wuhan as she prepares to return home at Wuhan Tianhe International Airport on Wednesday. AFP

Voicing joy and excitement from behind face masks, tens of thousands of people fled Wuhan on Wednesday after a 76-day travel ban was lifted on the Chinese city where the coronavirus first emerged.

Previously quiet train and bus stations bustled as an exodus began from the city of 11 million, with some passengers wearing hazmat suits.

Hao Mei, a single parent from the nearby city of Enshi, said her two children had been home alone since she got stuck in Wuhan, where she works in a school kitchen.

"You have no idea! I was already up around 4 am. I felt so good. My kids are so excited. Mum is finally coming home," the 39-year-old told AFP as she waited to board a train. 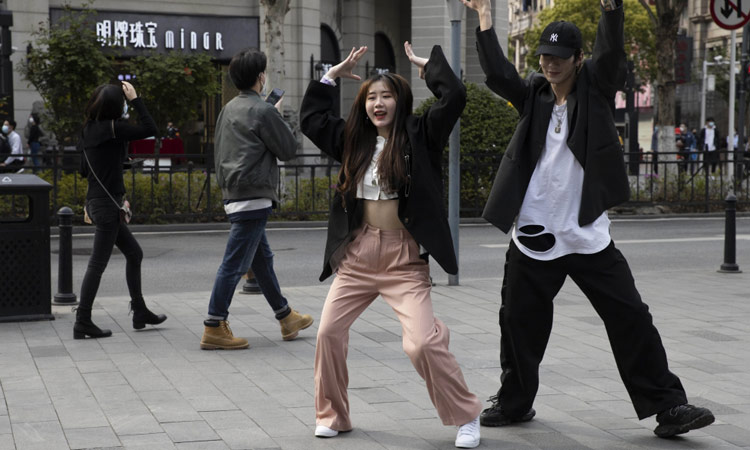 Chinese youths record a dance routine on the streets of Wuhan in Hubei province. AP

Up to 55,000 people are expected to leave on Wednesday just by train, according to government estimates.

Steady streams of cars hit the road Wednesday morning, with barricades on the city's outskirts dismantled after the ban on outbound travel was lifted at midnight. 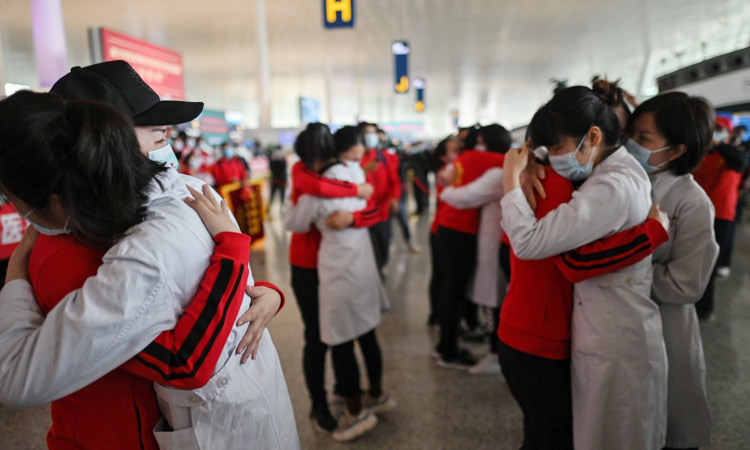 Ferries, trams and taxis resumed operations and the airport also opened again for domestic flights, with queueing passengers in protective wear wheeling cases and staff spraying disinfectant on the floor.

State news agency Xinhua said there would be around 200 flights on Wednesday.

Wuhan led the world with an unprecedented quarantine lockdown on January 23 in a bid to stop the spread of the then-mysterious respiratory virus.

Chinese disease control officials said in January that the virus likely leapt from wildlife to humans at a Wuhan  market that sold wild animals for food.

But while the pandemic continues to worsen in many other parts of the world, with the global death toll surpassing 80,000, quarantine measures have appeared to pay off in China. 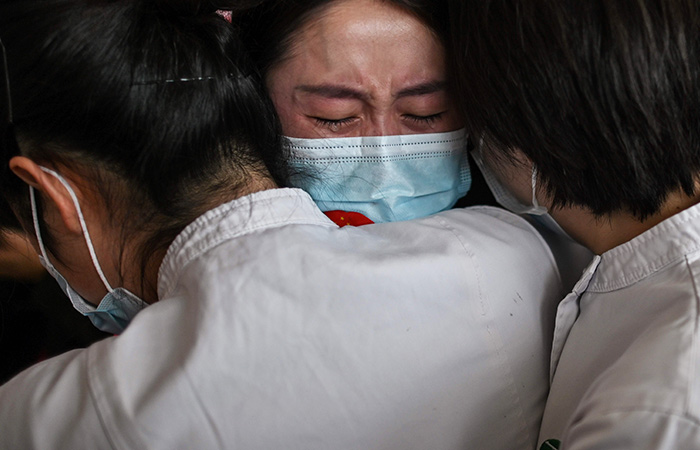 The officially reported number of new deaths has plummeted in recent weeks.

At the city's Hankou station, a robot whizzed through crowds of passengers, spraying their feet with disinfectant and playing a recorded message reminding them to wear face masks. 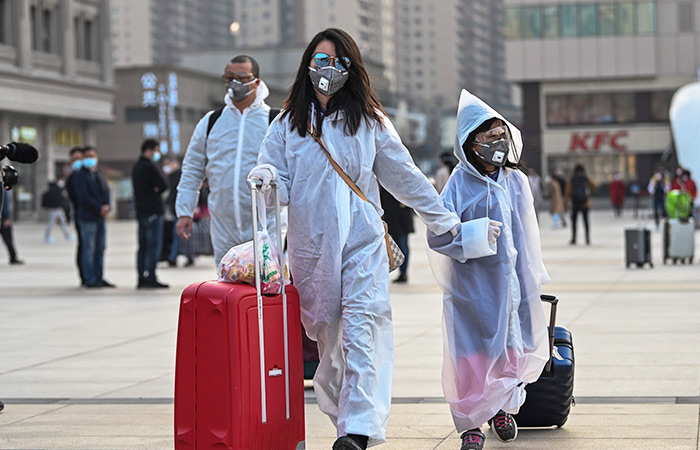 Passengers had to submit to temperature checks and show a green "health code" on their phone, meaning they are considered healthy and can travel.

Part of the "health code" approval is based on their neighbourhood being virus-free.

Many travellers from Wuhan will also face two-week quarantines at their destination.

Eastern Zhejiang province said all arrivals from Wuhan in the next two weeks must take a virus test.

Various restrictions on movement within the sprawling metropolis will also remain in place to guard against a second wave of infections. 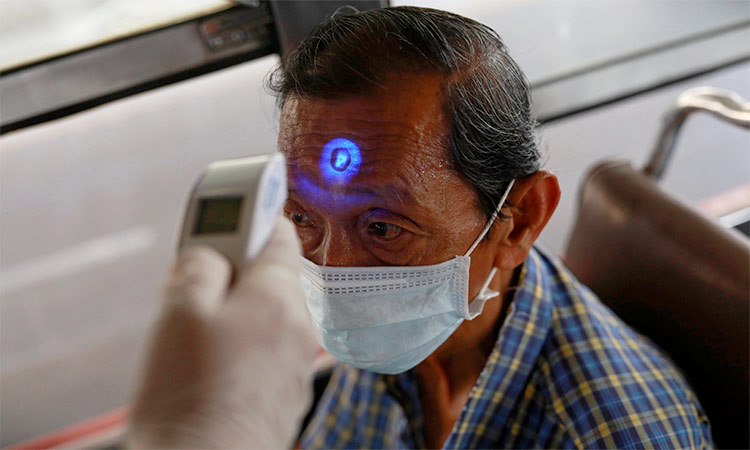 A corollary to the scientific truism that “nature abhors a vacuum” is that nature tends to fill the void with any garbage near at hand. For example, consider the surge of interest in the claim that the coronavirus reached the outside world through a release 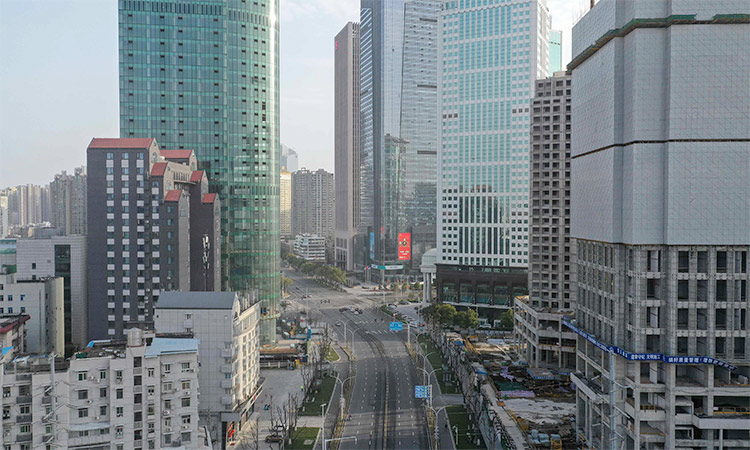 For those concerned with the origins of the virus causing the COVID-19 pandemic, a few words from Nobel laureate David Baltimore seemed to settle the debate, decisively in favour of the theory that the virus was man-made before it escaped from