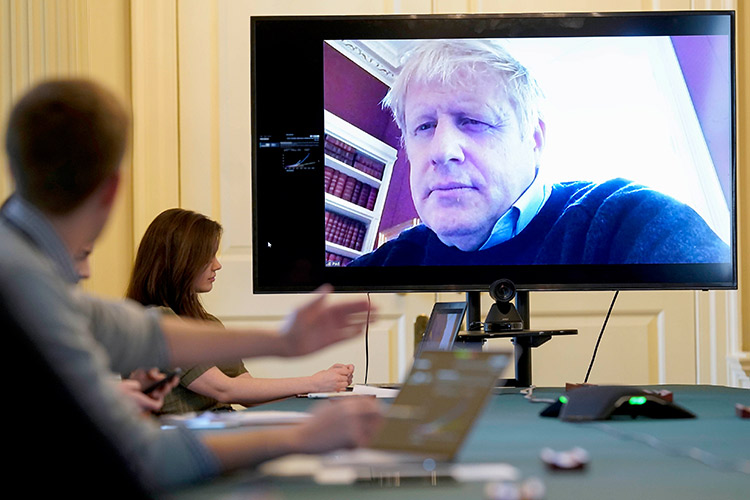 British Prime Minister Boris Johnson was in intensive care on Tuesday after receiving oxygen support for serious COVID-19 complications, leaving his foreign minister to lead the government's response to the accelerating outbreak.

Johnson's personal battle with the virus has shaken the British government just as the United Kingdom enters what scientists say is likely to be one of the most deadly weeks of the pandemic, which has killed 5,373 people in Britain and 70,000 worldwide.

His condition rapidly deteriorated over the next 24 hours, and he was moved to an intensive care unit, where the most serious cases are treated. Although he had received oxygen, his office said on Monday he was still conscious and was moved to intensive care in case he needed to be put on a ventilator.

Downing Street said in a statement on Sunday: "On the advice of his doctor, the Prime Minister has tonight been admitted to hospital for tests.

"This is a precautionary step, as the Prime Minister continues to have persistent symptoms of coronavirus 10 days after testing positive for the virus."

It is understood Johnson's admission to hospital was not an emergency and was considered sensible because of his ongoing symptoms.

Johnson is the most high-profile world leader to contract the virus. His pregnant partner, Carrie Symonds, said she has been ill with symptoms for a week but was now recovering. 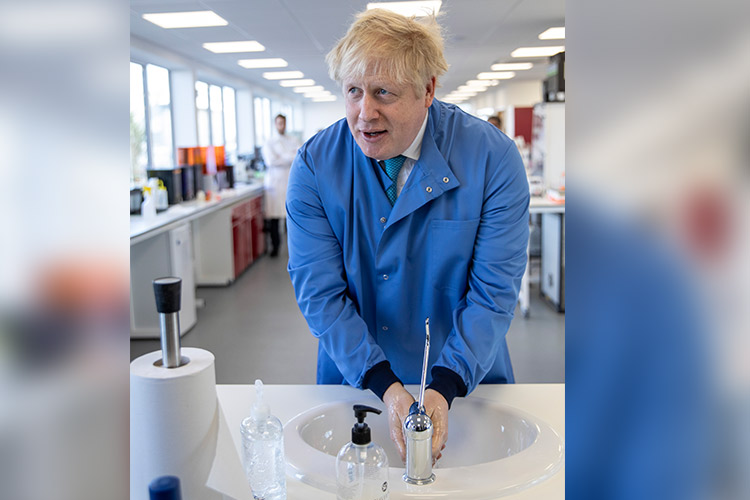 "He's not on a ventilator no," Cabinet Office Minister Michael Gove told LBC radio on Tuesday. "The prime minister has received some oxygen support and he is kept under, of course, close supervision."

"The prime minister is in intensive care, being looked after by his medical team, receiving the very, very best care from the team at St Thomas'," Gove said.

Johnson is the first leader of a major power to be hospitalised for the new coronavirus.

While Britain has no formal succession plan should a prime minister become incapacitated, Johnson had asked Foreign Secretary Dominic Raab to deputise for him "where necessary," Downing Street said..

Earlier on Monday, Johnson had said he was in good spirits and Raab had told a news conference that the prime minister was still running the government, although Raab also said he had not spoken to him directly since Saturday.

Raab takes the helm at a pivotal time. The official death toll in the United Kingdom currently stands at 5,373, and last week the health minister said the deadliest peak for deaths was projected to be Easter Sunday, April 12.

The United Kingdom is in a state of virtual lockdown, a situation due to be reviewed early next week, and some ministers have suggested it might need to be extended because some people were flouting the strict rules.

The pound edged lower against the dollar and the euro in Asia on Tuesday, trading at $1.2234 following a 0.3% decline on Monday.