Animals rescued from pet markets in Pakistan amidst lockdown - GulfToday

Animals rescued from pet markets in Pakistan amidst lockdown 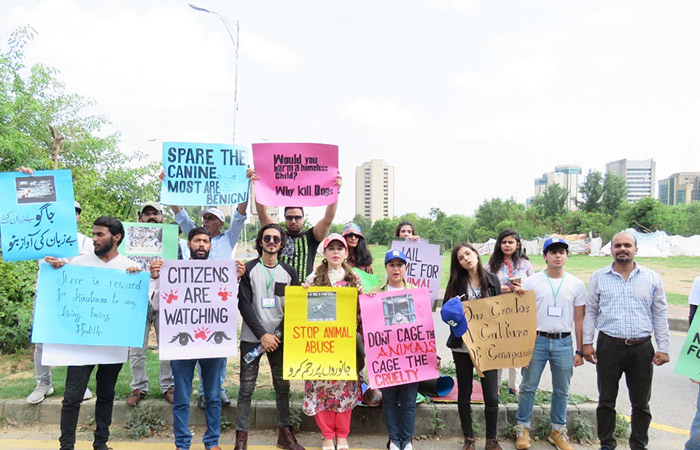 Hundreds of dogs, cats, birds and other animals have been found dead inside pet markets in Pakistan’s largest cities, due to the hurried lockdown that was imposed to avoid the spread of COVID-19.

Although Pakistan’s bustling metropolis has gone quite from human noise, howls and cries for help have been echoing inside locked pet shops.

The cries of the animals are heard across Lahore, Rawalpindi and Karachi.

Coming to the rescue Anila Umair, the founder of Critters Ark Welfare Organization and Animal Shelter in Islamabad received a call from a friend that the sounds of animals and birds screaming and whining could be heard from pet shops in the bird market on College Road in Rawalpindi.

She quickly informed the district commissioner of Rawalpindi of the situation of animals in the pet markets. The next day, police and army personnel reached the market to get the shops opened and cleaned. The animals were provided foods.

The shop owners have been instructed to keep the shops open for two hours every day.

Tollin’ton Market in Lahore, Empress Market in Karachi, and College Road in Rawalpindi have a number of pet shops selling various species of dogs, cats, birds, snakes and exotic breeds. Abandoned pets too often make their way to these markets.

As a member of the World Organization on Animal Health and CITES (the Convention on International Trade in Endangered Species of Wild Fauna and Flora) Pakistan needs to work on its animal rights legislation.