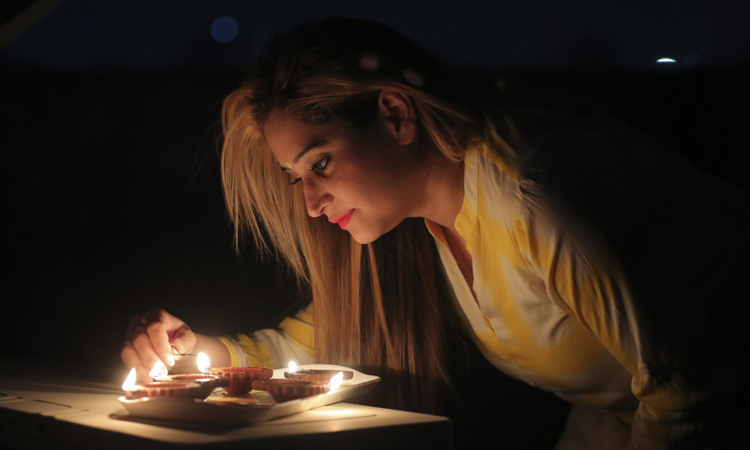 An Indian woman lights earthen lamps to mark the country's fight against the COVID-19 pandemic in Hyderabad on Sunday night. AP

Data reviewed by Reuters shows that northern India's power demand fell almost twice as steeply as in the south in response to Modi's lights-off plan, indicating the north — a traditional stronghold for Modi's Bharatiya Janata Party — was more enthusiastic in its support. 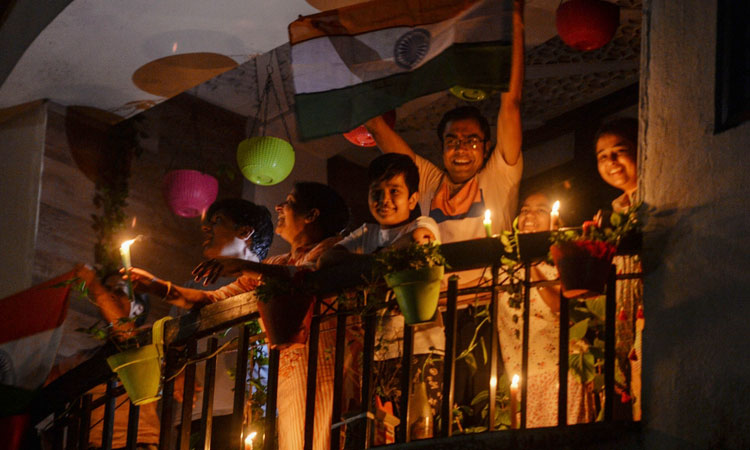 Residents light candles and turn on their mobile phone lights in their balcony to observe a nine-minute vigil in Siliguri. AFP

Modi had appealed to Indians to display solidarity amid the coronavirus crisis by turning off their lights for nine minutes at 2100 on Sunday and light candles, lamps and flashlights instead.

India's overall power demand plunged as much as 26.6% during the period to 85,799 megawatts, preliminary data released by the national grid operator showed.

"The drop in national demand by 32,000 megawatts shows a huge response of the nation to the call of the Prime Minister," federal Power Minister R.K. Singh said in a tweet. 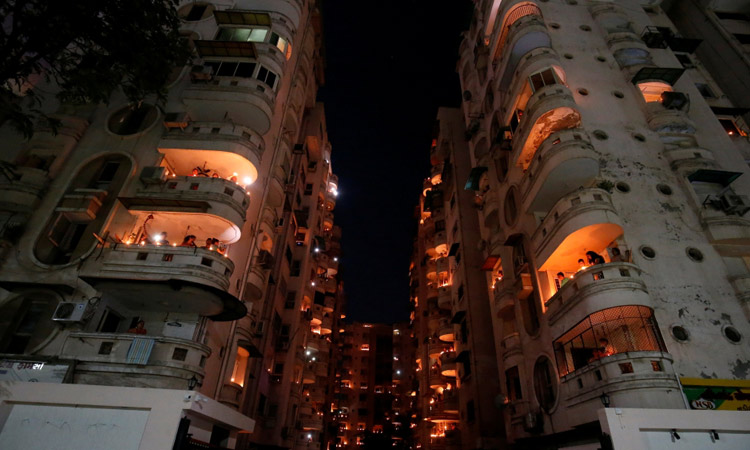 People stand on their balconies and light candles and oil lamps  in Ahmedabad. Reuters

But a deeper analysis showed that power demand fell as much as 30.6% in India's northern region, compared with a 17.1% fall in the southern region, data released by POSOCO showed.

Modi swept to power in May for a second term with a huge mandate in the federal elections held in 2019, but his party won very few seats in four of five southern states.

To be sure, the data shows a significant number of people in south India also responded to Modi's "lights off" call. 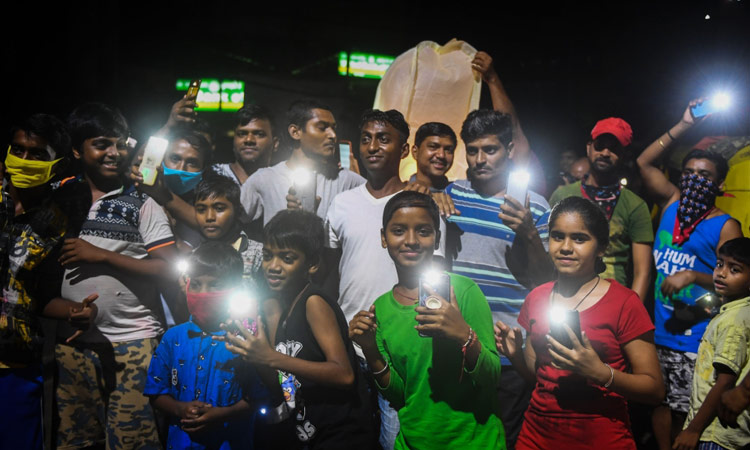 Residents turn on their mobile phone lights outside their homes to observe a nine-minute vigil in Kolkata. AFP

Safriz Ahamed, who lives in the southern town of Cumbum, said many in his mainly Muslim neighbourhood who lit lamps on Sunday had just weeks ago protested against the Modi government's Citizenship Amendment Act, which critics say is unfair to Muslims.

"It's not always a political statement, or blind hate," he said. "People wanted to show solidarity with a national cause yesterday, as we're all facing a tough time amid the lockdown."