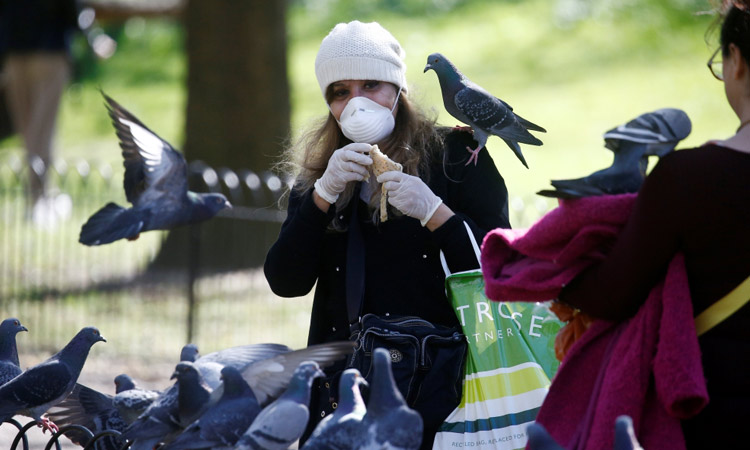 A lady wearing a mask feeds pigeons in St James' Park, as the spread of the coronavirus disease continues, in London, Britain, on Sunday. Reuters

Italy and Spain, the two countries hardest hit by the new coronavirus, on Sunday reported encouraging signs in their fight against the deadly pandemic sweeping the globe.

Italy reported its lowest daily death toll in two weeks, in a possible sign the tide may be turning in the deadliest disaster the country has faced since World War II.

“This is good news but we should not let our guard down,” civil protection service chief Angelo Borrelli told reporters. 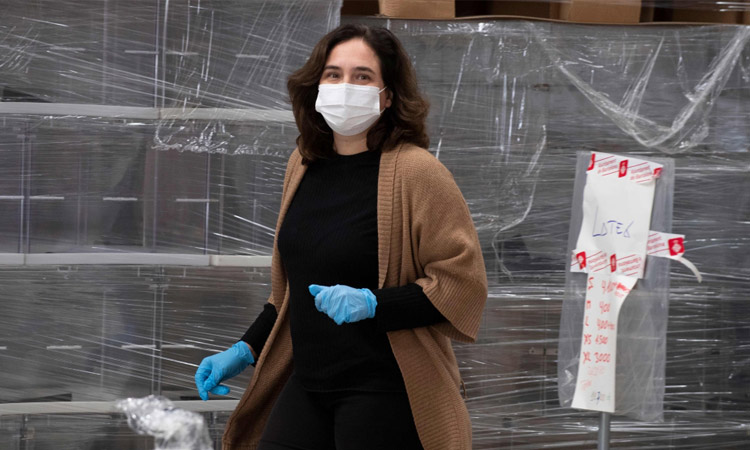 Barcelona mayor Ada Colau wearing a face mask arrives to give a press conference about the distribution of medical material to public services. AFP

In Spain, officials said the number of fatalities had fallen for the third straight day.

Pope Francis, head of the world’s 1.2 billion Catholics, appealed for people to show courage in the face of the pandemic.

Metro and tram services suspended in Dubai from April 5

The elderly pontiff, who himself has been tested twice for the virus, delivered his Palm Sunday mass by livestream. Saint Peter’s Square was deserted of the usual crowds and the basilica was almost empty.

And as Christians prepare for Easter — the holiest event on their religious calendar, churches are closed and masses are being transmitted on television and 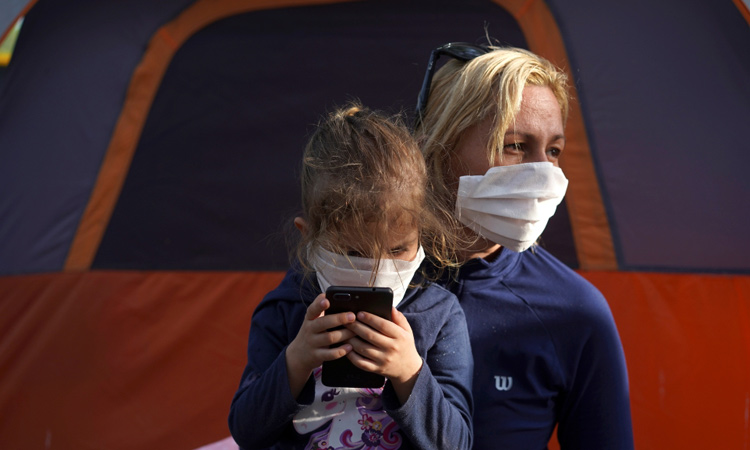 A woman and her daughter wearing face mask, arrive at a supermarket in Italy.

The rapid march of the virus has claimed over 65,000 lives in just three months and left about half the planet confined to their homes, drastically altering life

for billions of people and plunging the global economy into recession.

With over 1.2 million people confirmed to be infected, the virus is also putting massive pressure on healthcare services, with both rich and poor nations 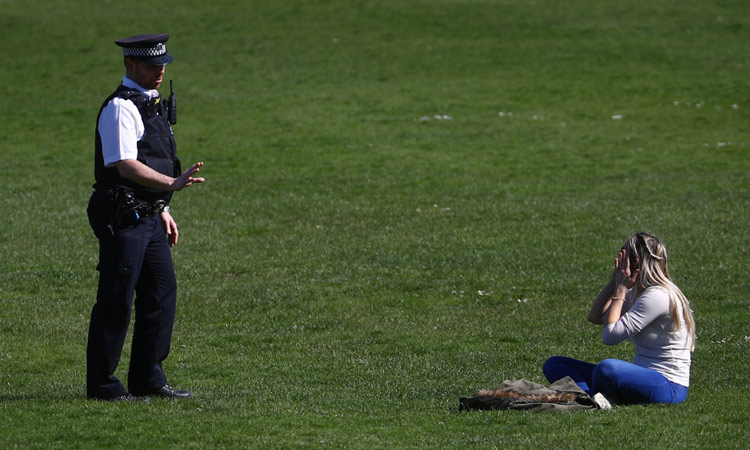 A Police officer speaks to a person in Greenwich park in London. Reuters

Warmer weekend weather has stoked fears that Britons could congregate in parks and open spaces, potentially increasing transmission, as the country goes into a third week of lockdown.

A major south London park was closed on Sunday after concern about high numbers of sunbathers on Saturday.

Hancock, who himself tested positive for COVID-19, told Sky News television sunbathing was “against the rules” and anyone doing so put lives at risk.
One of those rapped over the knuckles was Scotland’s chief medical officer, who was forced to apologise for ignoring her own advice about non-essential travel.

In Italy, officials reported 525 new deaths over the past 24 hours, the lowest since March 19, although the country’s overall death toll remains the highest in the world at 15,887. 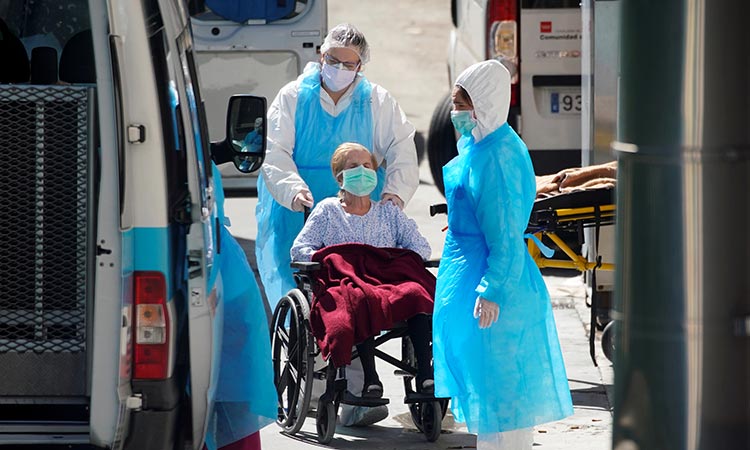 Officials also reported the first decline in the number of non-critical COVID-19 patients receiving hospital care in Italy, which has been under a strict lockdown for almost a month.

There were signs of hope too for Spain, which registered 674 deaths on Sunday, its third straight day of declining numbers. The government has nevertheless announced it is extending a near-total lockdown until April 25.

Swedish authorities have advised the public to practice social distancing, but schools, bars and restaurants are still open.

Several Western countries including the US have encouraged the use of masks in public despite earlier saying that only carers needed to cover their faces — a U-turn that has angered and confused some citizens. 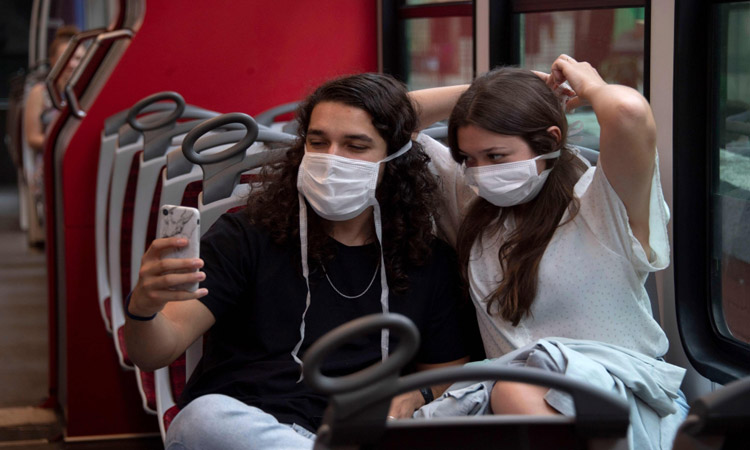