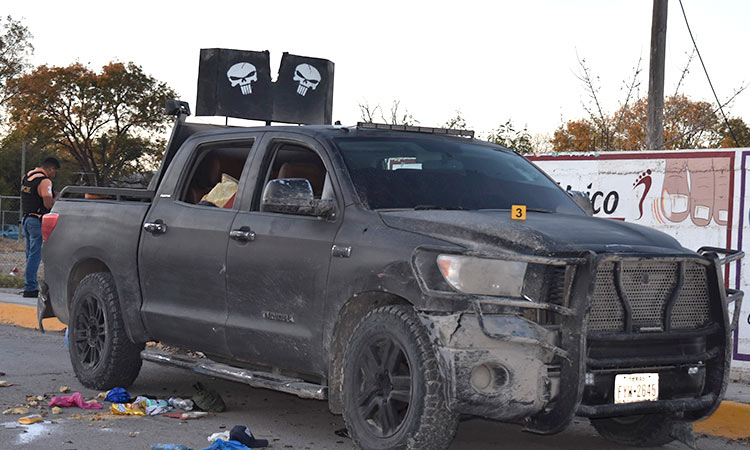 A damaged pick up is on a street of Villa Union, Mexico, after a gun battle between security forces and gunmen. File/AP

A total of 18 corpses, two grenades, vehicles and guns were found at the scene of the clash in the hamlet of Chuchuichupa the township of Madera.

Two other men were found armed and wounded on the dirt road where the confrontation occurred late Friday. One died later at a hospital, and the other is in custody.

In an area about 60 miles (100 kilometres) to the north of Friday's clash, nine US-Mexican dual citizens were ambushed and slain Nov. 4 by suspected drug gang assassins along a remote road. It was not clear if any of the same groups were involved in the two sets of killings.