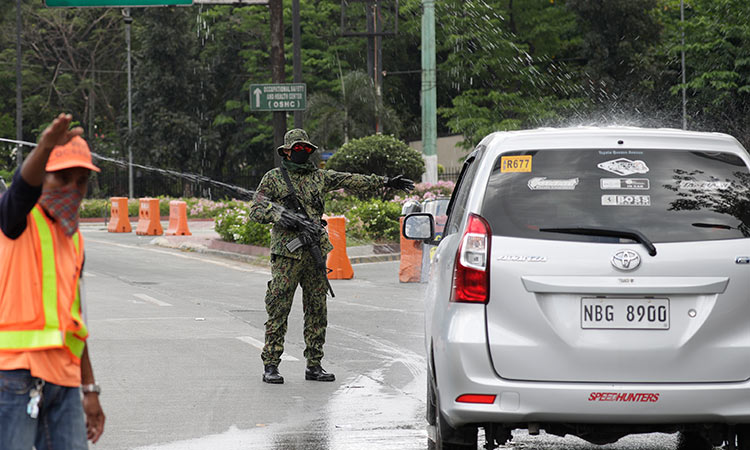 A car is sprayed with disinfectants along a road to help curb the spread of coronavirus in Manila. AP

Philippine President Rodrigo Duterte has told security forces they should shoot dead anyone causing "trouble" in areas locked down due to the coronavirus pandemic.

Hours before Duterte gave the order in a speech late Wednesday, nearly two dozen people from a slum community in the capital Manila were arrested for holding a protest that accused the government of failing to provide food aid to the poor. 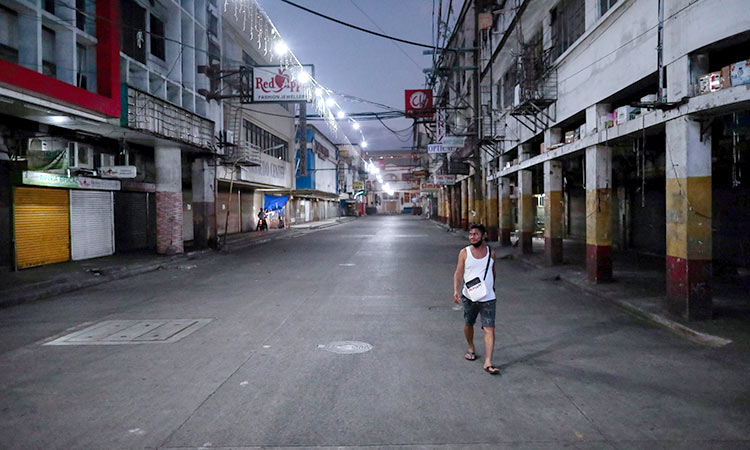 A man wearing a protective mask on his neck walks past closed shops in an empty street in Manila. File Photo/Reuters

"My orders are to the police and military, also village officials, that if there is trouble or the situation arises that people fight and your lives are on the line, shoot them dead," Duterte said.

"Instead of causing trouble, I'll send you to the grave," he said, adding that the outbreak is getting worse more than two weeks into the lockdown.

The Philippines has so far detected 2,311 cases and reported 96 deaths, but the country has only begun ramping up testing and so the number of confirmed infections is expected to keep rising.

Duterte, who came to power in a landslide 2016 election victory, is known internationally for his foul-mouthed tirades and deadly crackdown on drugs, which is overwhelmingly supported by Filipinos.

But critics allege that Duterte's drug war targets the poor and leaves the rich and powerful untouched, while reinforcing a culture of impunity. 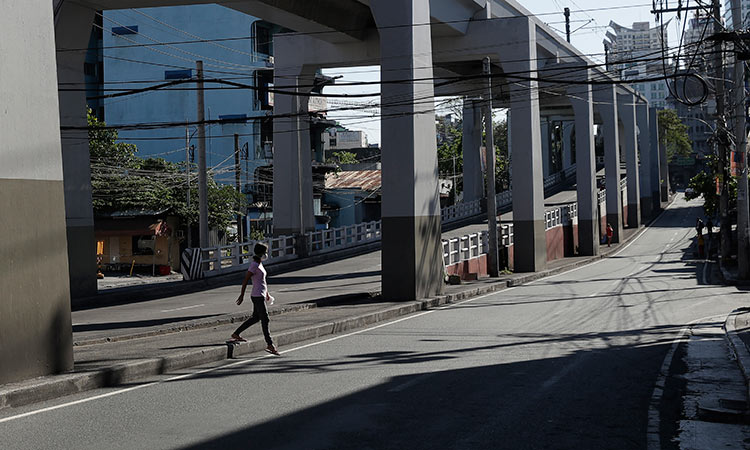 A woman wearing a protective mask crosses a usually busy street during quarantine in Manila. AP

The president's latest comments drew immediate rebuke from rights groups who urged the government to provide much-needed relief supplies instead of issuing threats of violence.

"It is deeply alarming that President Duterte has extended a policy of shoot-to-kill... Deadly, unchecked force should never be referred to as a method to respond to an emergency such as the COVID-19 pandemic," Amnesty International Philippines said in a statement.

As frequently happens after Duterte makes an announcement that sparks concern, officials said the president used hyperbole to make a point.

"Probably the president just overemphasized on implementing the law in this time of crisis," he added.

The quarantine, which affects Manila's 12 million people, has shuttered most businesses and brought nearly all social, religious and business activity to a halt. 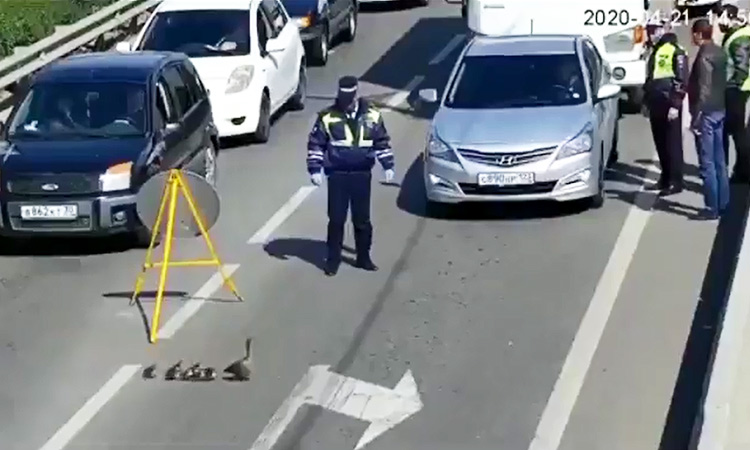 With millions of people stuck at home sharing light-hearted content online to alleviate the tedium of the lockdown, video of a duck family crossing the street went viral on social media. 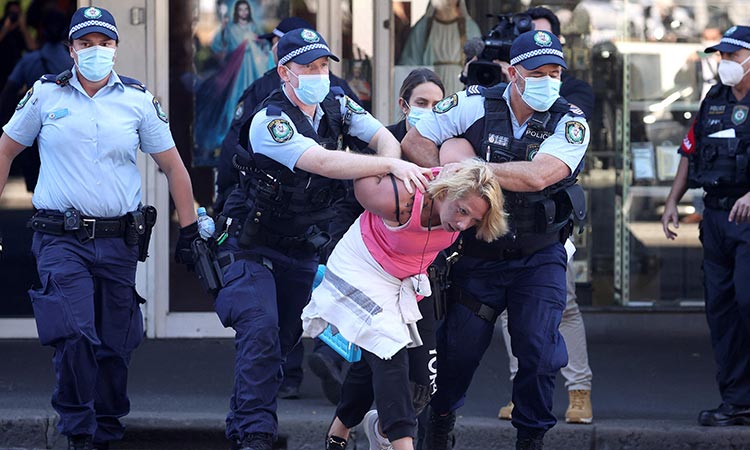 Officials reported a total of 886 infections, the highest ever single-day rise in Covid-19 cases, in New South Wales and Victoria states, with the vast bulk in Sydney.