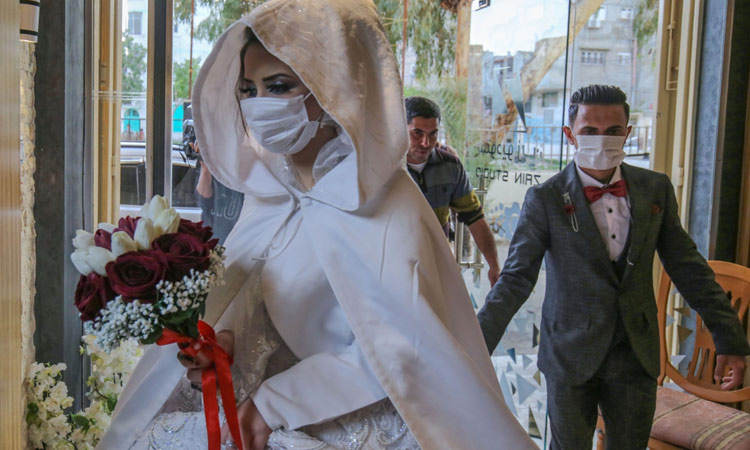 The Palestinians reported their first death from the coronavirus on Wednesday, a woman in her 60s who lived in the Israeli-occupied West Bank.

"The woman had experienced symptoms and was later hospitalised" before succumbing to the illness, said Ibrahim Melhem, a spokesman for the Palestinian Authority, which has limited self-rule in the West Bank.

The woman was from Bidu, a Palestinian village north of Jerusalem and southwest of Ramallah, Melhem added.

There are 62 confirmed coronavirus cases among Palestinians in the West Bank, and two in the Gaza Strip.

Tens of thousands of Palestinian workers are expected to return to the occupied West Bank from Israel following orders from the Palestinian Authority. 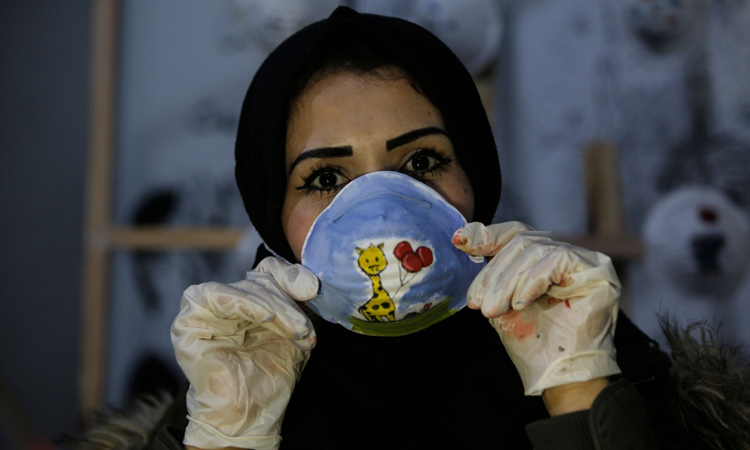 Samah Said puts on a painted N95 protective mask for a project raising awareness about the COVID-19. AFP

Prime Minister Mohammad Shtayyeh on Wednesday ordered the workers to return and go into 14-day quarantine, the latest in a series of measures to contain the coronavirus outbreak.

He says those disregarding the orders will face unspecified legal consequences.

Israel has reported more than 2,000 cases and five deaths. The Palestinian Authority, which governs parts of the West Bank, has reported 58 cases. 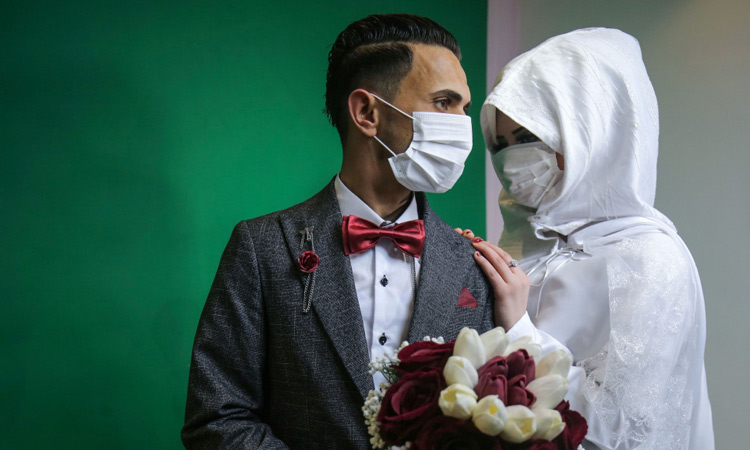 Israel had allowed 65,000 Palestinian workers to remain in the country during the crisis, but many are expected to return as Israel tightens its own restrictions. Most work in construction, agriculture and manufacturing.

Working in Israel pays much better than in the West Bank, where decades of Israeli military rule has hindered economic development.