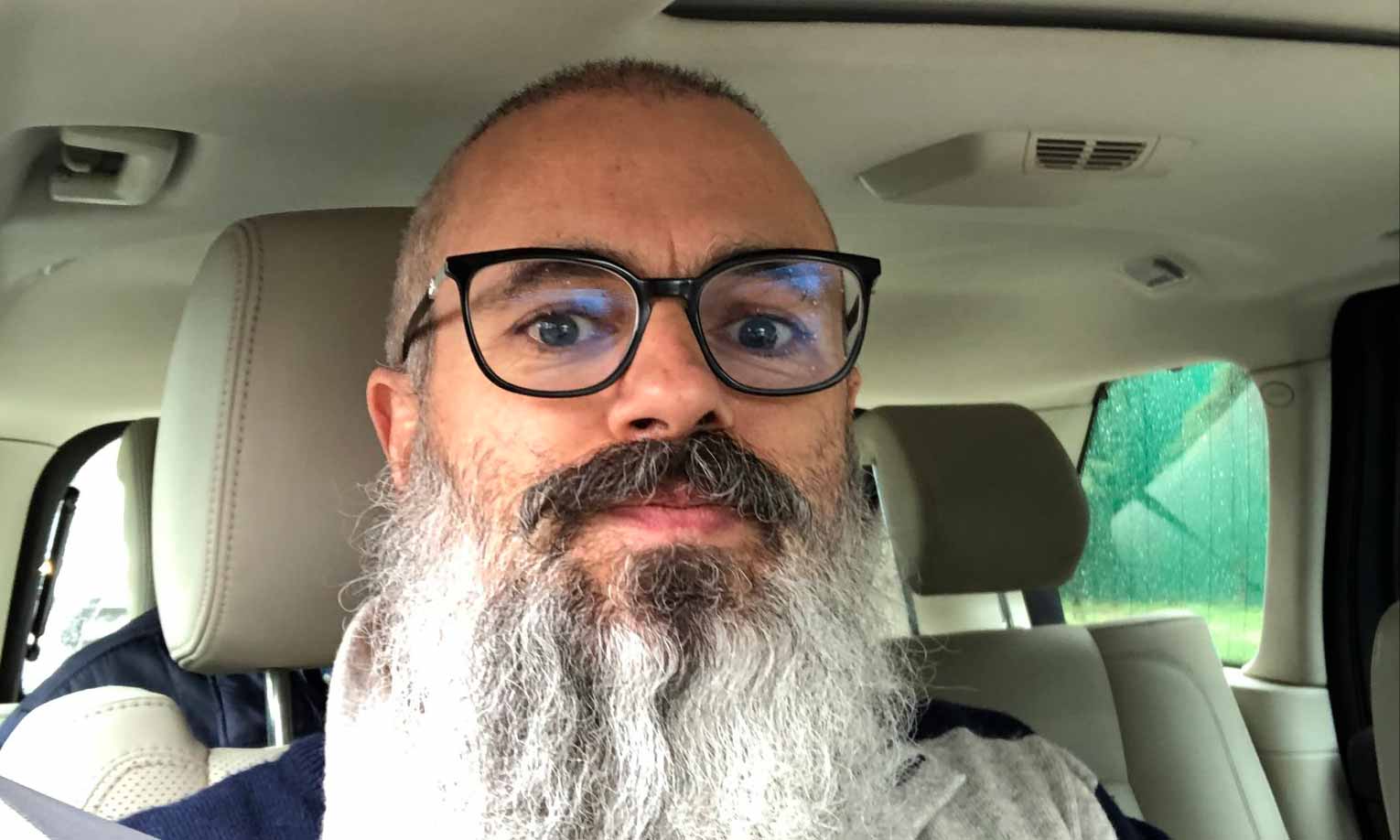 The Jammu and Kashmir government has revoked the Public Safety Act (PSA) of former chief minister Omar Abdullah and ended his detention on Tuesday after nearly eight months ahead of the revocation of Article 370 on August 5, 2019.

Omar was detained along with hundreds of politicians in August, when the centre decided to end special status to the former state of Jammu and Kashmir and divided it into two union territories. 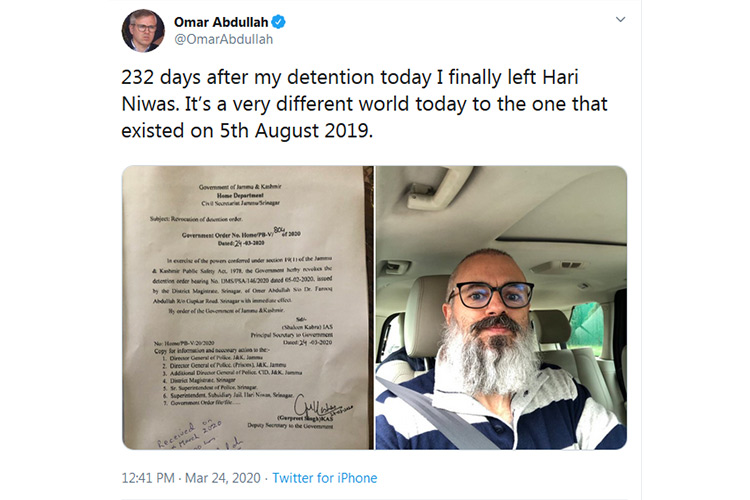 "232 days after my detention today I finally left Hari Niwas. It's a very different world today to the one that existed on 5th August 2019," he wrote.

He was seen emerging from the Hari Niwas guest house near his official home in Srinagar, sporting a white beard and surrounded by people in masks on account of the coronavirus pandemic.

One of his first comments to the media was on coronavirus, which has infected close to 500 in India. 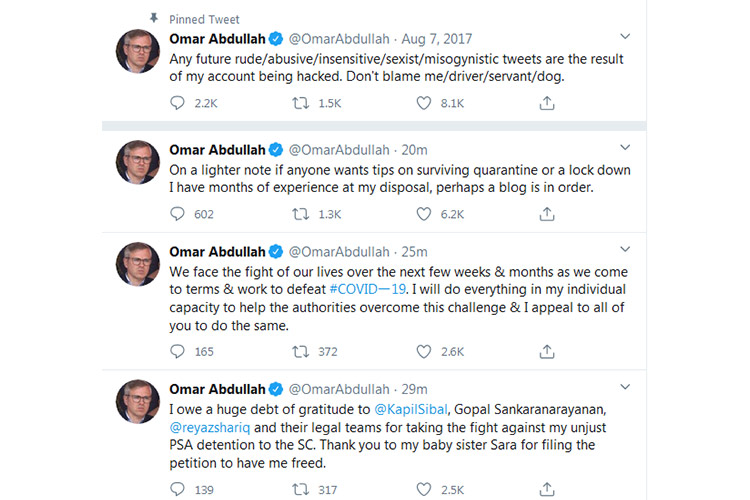 He also appealed for the release of his political rival Mehbooba Mufti, another former Chief Minister, and other leaders detained on the same day.

"Today, I realise that we are fighting a war of life and death. All our people who have been detained should be released at this time," the National Conference leader told.

Safiya Abdullah, sister of Omar Abdullah said, the family is very relieved that he is released. She said the case for his release was pending in the apex court and the grounds for his continued detention were very weak. "The news came all of a sudden, we are really happy that he is being released," she added.