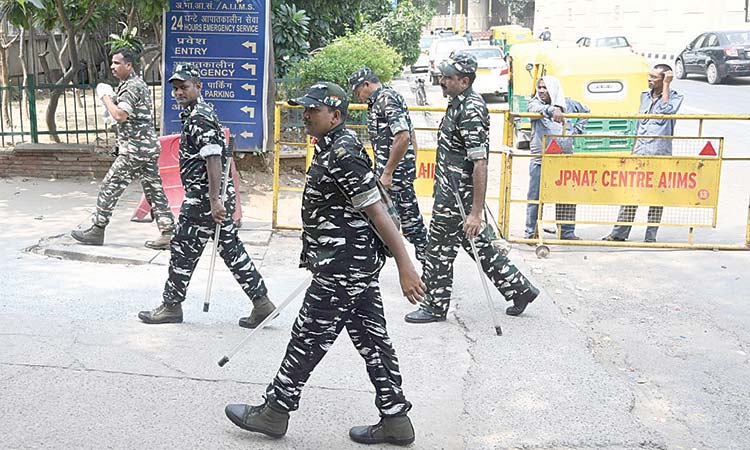 Hundreds of Maoist rebels gunned down 17 Indian security forces in one of the deadliest ambushes in recent years by the militants, a police spokesman said.

More than 300 armed rebels took part in the attack on a police commando patrol in the jungles of Sukma district of Chhattisgarh state in central India, police superintendent Shalab Sinha told AFP.

Large numbers of reinforcements were sent to the district on Sunday.

"We have recovered 17 bodies and another 15 police are being treated for injuries," he said.

"We believe the ambush was carried out by between 300 and 350 attackers."

Other officials said four Maoists were killed in the battle on Saturday.

The toll was the worst for Indian security forces battling the extreme left-wing guerillas since April, 2017 when 25 police commandos were killed in an attack in the same district.

Sixteen commandos were also killed in a bomb attack in the western state of Maharashtra before India's election last year that was blamed on the Maoists.

The militants, who say they are fighting for rural people and the poor, have been fighting government forces across Jharkhand, West Bengal, Orissa, Bihar, Chhattisgarh, Maharashtra, Andhra Pradesh and other states since the 1960s.

Thousands have been killed in the fighting.