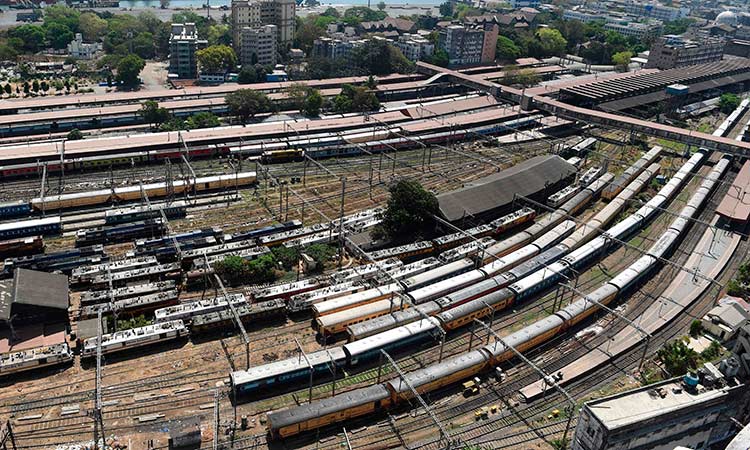 Millions of Indians went into lockdown on Sunday as the country brought most of its vast railway network to a halt in a bid to slow the spread of the deadly coronavirus.

Most domestic flights were grounded and shops shut their doors for the 14-hour curfew that is designed to test the country's ability to fight the pandemic.

Normally bustling streets in the capital New Delhi and financial hub of Mumbai were mostly deserted as the shutdown began at 7:00 am (0130 GMT).

While the lockdown was not mandatory, Prime Minister Narendra Modi urged the population of 1.3 billion to help prepare for the challenges ahead. 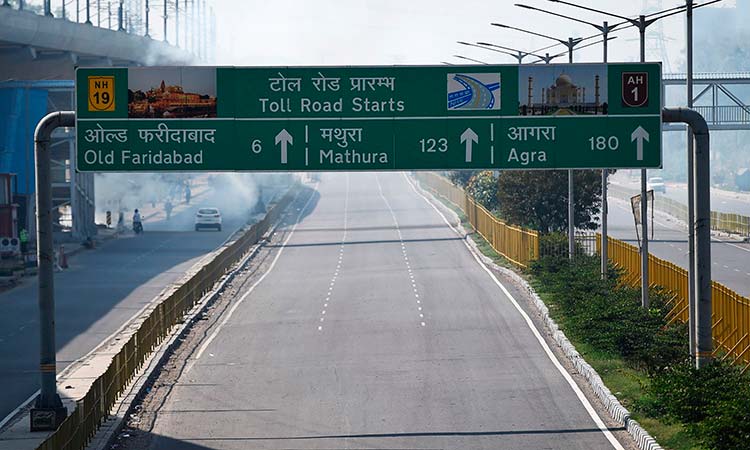 A view of a deserted road is seen during a one-day nationwide Janata curfew imposed Haryana, India. AFP

"Let us all be a part of this curfew, which will add tremendous strength to the fight against COVID-19 menace," Modi tweeted. 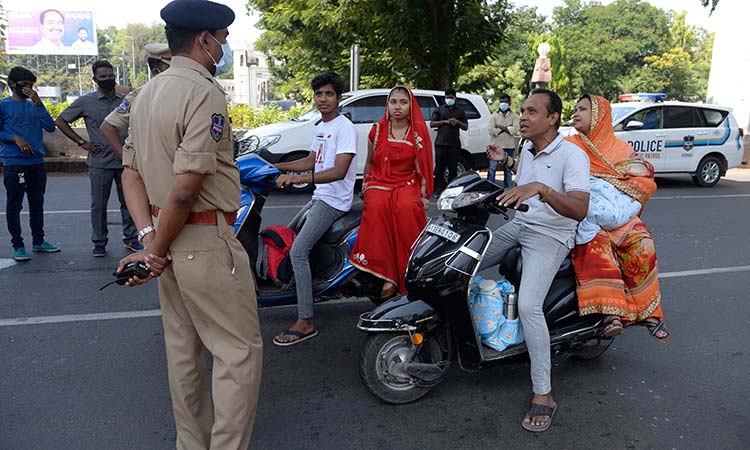 Police personnel enquire people as they travel during a one-day nationwide Janata (civil) curfew imposed as a preventive measure against the COVID-19 coronavirus, in Hyderabad on Sunday. Noah Seelam/AFP

"If this helps stop the spread, then the government can think of extending it for two to three more days," Singh said.

The curfew -- which some see as a rehearsal for a longer lockdown -- comes as the number of confirmed COVID-19 cases in India surges past 320, with five deaths reported so far.

But experts say a lack of testing could be hiding the true scale of the health crisis in the country.

Testing for the virus has been expanded to private laboratories and will now include asymptomatic people who have had contact with confirmed cases.

In a sign of growing anxiety, Indian Railways, one of the world's biggest networks, cancelled all services except suburban and goods trains until March 31. 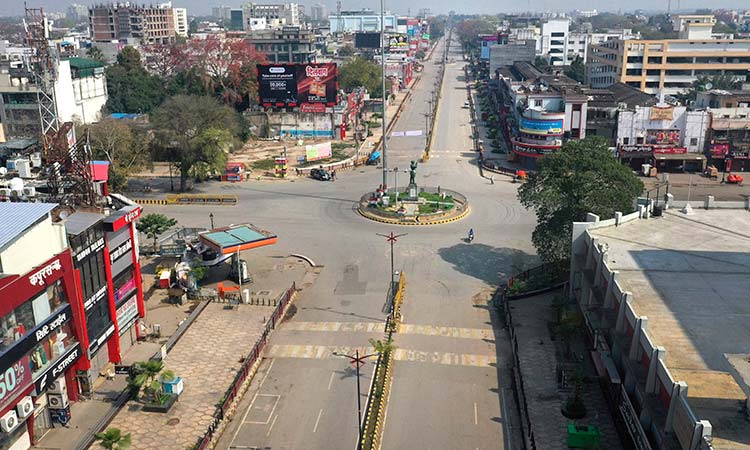 This photo shows a view of a deserted square in Prayagraj, India, on Sunday. Rajesh Kumar Singh/AP

The move will affect more than 20 million passengers a day and comes after several people tested positive for the virus after trips.

Modi also urged Indians to thank medical workers and other emergency personnel by clapping or banging pots and pans for five minutes at 5:00 pm.

Residents in numerous cities held a practice session Saturday, generating a deafening cacophony as they stood on their balconies banging cookware.

This "is most likely a dry run for a more prolonged curfew when rather than if the situation deteriorates," Milan Vaishnav, a senior fellow at the Carnegie Endowment for International Peace think-tank, told AFP.

India has an overburdened public health system that suffers from a lack of doctors and hospitals and experts said the country would not escape the highly infectious disease.

"We are in for a very long fight," warned virologist Shahid Jameel of biomedical research charity Wellcome Trust/DBT India Alliance.