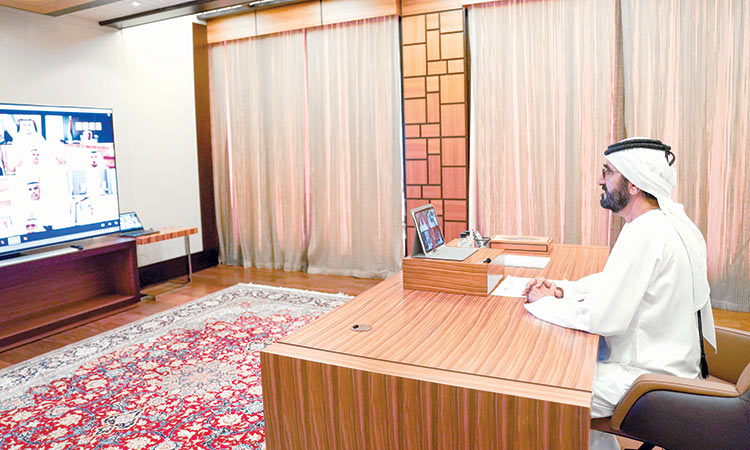 The UAE cabinet chaired by Vice President and Prime Minister of the UAE and Ruler of Dubai His Highness Sheikh Mohammed Bin Rashid Al Maktoum, held a virtual meeting where it approved an additional Dhs16 billion to address the effects of the coronavirus outbreak, bringing to Dh126 billion the total stimulus package in the country, in a move that is aimed at easing the coronavirus impact in the country.

At least 13,444 deaths have been recorded since the virus first emerged in December.

There have been more than 308,130 infections reported in 170 countries and territories.

During the virtual meeting, Sheikh Mohammed said that the UAE government is ready to deal with all future circumstances, adding that the country will be part of the global efforts to contain COVID-19 pandemic.

Emirates said it has cut its passenger flight destinations from 145 locations to 13 countries.

“Our message for everyone is that we are completely ready to deal with all circumstances,” said Sheikh Mohammed. “Over the past 10 years, we have invested in smart learning, electronic and smart services to enhance our readiness for emergencies and disasters. “Today we are reaping the fruits of our strenuous efforts as evidenced by the continuation of our educational process and basic government services. We are being proactive in dealing with global health conditions.”

Considering present scenario, the 25th edition of the $35 million Dubai World Cup has been called off due to coronavirus.

Organisers said in a statement released on Sunday: “To safeguard the health of all participants, the higher organising committee of the Dubai World Cup 2020 has decided to postpone 25th edition of the global tournament to next year.”

In the US, the lockdown affecting large segments of the American public to try to curb the spread of the coronavirus is likely to last 10 to 12 weeks, or until early June, Treasury Secretary Steven Mnuchin said on Sunday.

Americans are adapting to the biggest change in daily life since World War Two with schools closed, sports cancelled and economic upheaval as job losses mount with the shuttering of businesses across many industries.

Italy’s world-topping toll from the coronavirus pandemic approached 5,500 on Sunday after the Mediterranean country reported another 651 deaths.

The latest daily toll was smaller than Saturday’s record 793 fatalities but still the second-highest registered during Italy’s month-long crisis.

In India, hundreds of millions were ordered into partial or full lockdowns as the nation stepped up its measures to combat the coronavirus.

Delhi, with a population of almost 20 million, will seal its land borders from early Monday, shut shops and private sector offices until March 31.

Other states imposed partial or full lockdowns, with many closing borders, restricting movement and halting most public transport.

Some, like West Bengal with a population of more than 90 million, locked down major cities but not rural areas.

Indian Railways, one of the world’s biggest networks, Sunday cancelled all services except suburban and goods trains until March 31.

Iraq imposed a total nationwide lockdown until March 28 to fight the novel coronavirus, as the number of cases grew and the death toll climbed to 20.

Authorities in Gaza confirmed the first two cases of novel coronavirus, identifying them as Palestinians who had travelled to Pakistan and were being held in quarantine since their return.

German Chancellor Angela Merkel will quarantine herself at home after being treated by a doctor who has since tested positive for the novel coronavirus, a government spokesman said Sunday.

Britain may need to impose curfews and travel restrictions to halt the spread of the coronavirus if people do not heed the government’s advice on social distancing, Prime Minister Boris Johnson warned.

The confirmed death toll in UK from the coronavirus has risen by 56 in the space of a day to 233.

The number of coronavirus cases in Pakistan has increased to 645 with several new cases in Sindh, Punjab, Balochistan and Khyber-Pakhtunkhwa (K-P), while the death toll stood at three, according to health autorities. 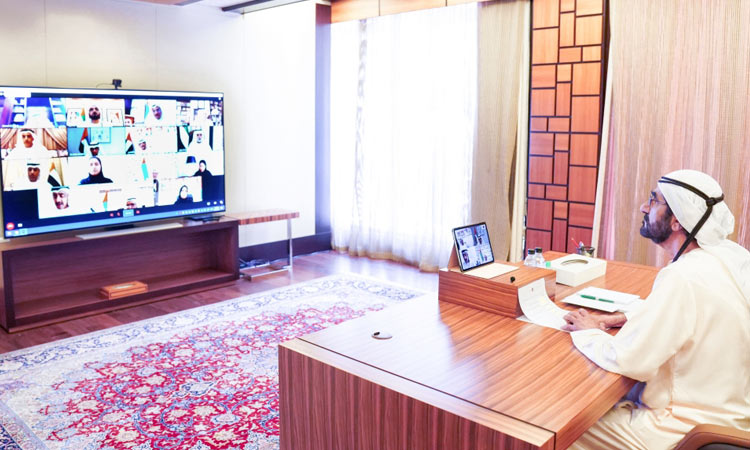 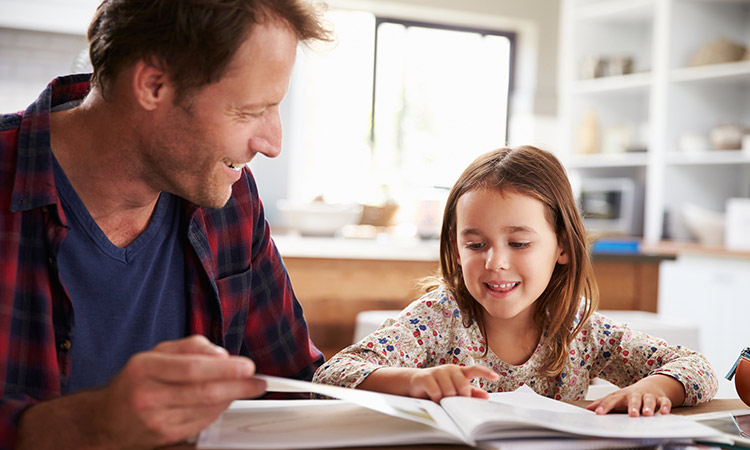 The UAE government has already initiated sterilisation procedures throughout the country with clear instructions for the general public to stay at home. The sterilisation drive has brought normal life in the nation to a complete standstill as roads and streets wore a deserted look. 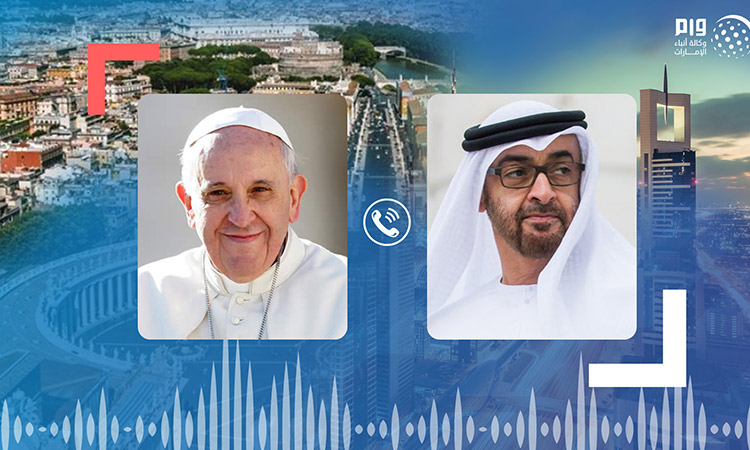 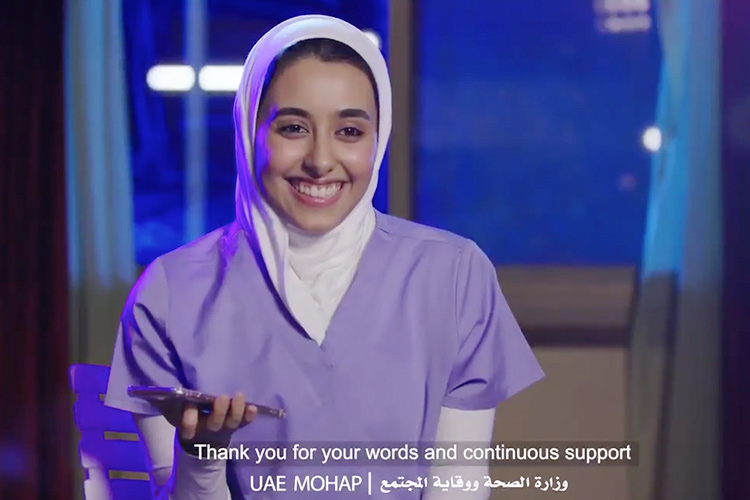 Sheikh Mohammed Bin Rashid Al Maktoum has praised a young Emirati girl who took up the responsibilities to become a nurse. 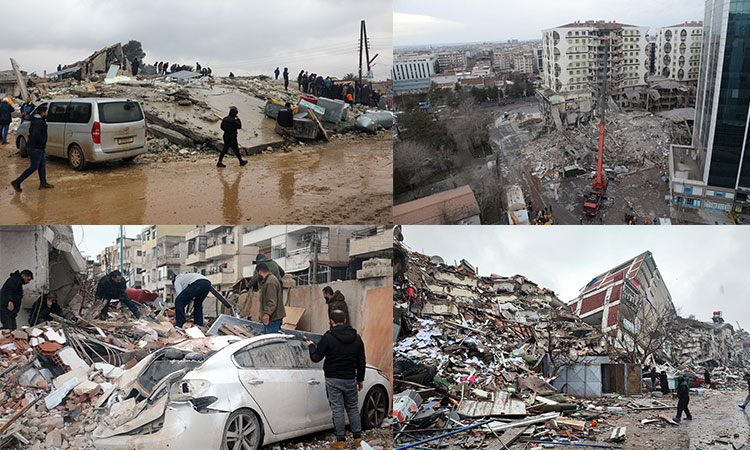