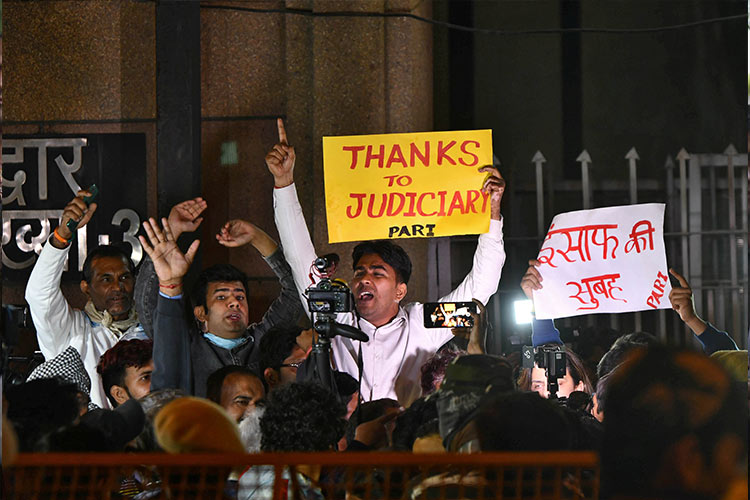 People shout slogans as they hold placards outside the Tihar Jail in New Delhi. Reuters

Four men sentenced to death for the gruesome gang rape and murder of a woman on a New Delhi bus in 2012 were hanged on Friday, concluding a case that exposed the scope of sexual violence in India and prompted horrified Indians to demand swift justice.

The four stood trial relatively quickly in India's slow-moving justice system, their convictions and sentences handed down less than a year after the crime. India's top court upheld the verdicts in 2017, finding the men's crimes had created a "tsunami of shock” among Indians.

"The four convicts were hanged together at 5.30 a.m.,” said Sandeep Goel, head of the Tihar Jail in New Delhi.

The victim, a 23-year-old physiotherapy student, was heading home with a male friend from a movie theater when six men tricked into getting on a private bus. With no one else in sight, they beat her friend and repeatedly raped the woman. They penetrated her with a metal rod, causing fatal internal injuries. They dumped both victims on the roadside, and the woman died two weeks later. 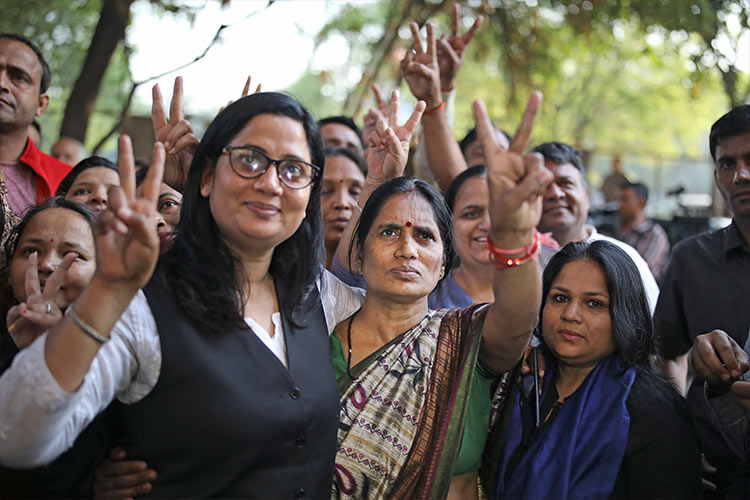 Asha Devi, centre, mother of the victim of the 2012 gang rape, displays a victory sign in New Delhi. Reuters

Asha Devi, the mother of the victim, thanked the judiciary and government after the convicts were hanged.

"Today, we got justice and this day is dedicated to the daughters of the country,” she told reporters. "I could not protect her but I was able to fight for her.”

Devi said she hoped that courts in India will end delays in rape cases and punish convicts within a year's time.

The case drew international attention at the time and prompted Indian lawmakers to stiffen penalties for rape, part of a wave of changes as India confronted its appalling treatment of women.

Facing public protests and political pressure after the attack, the government reformed some of India's antiquated laws on sexual violence and created fast-track courts for handling rape trials that formerly could last more than a decade.

India’s Prime Minister Narendra Modi said Friday that justice had prevailed and it was of utmost importance to ensure the dignity and safety of women.

"Together, we have to build a nation where the focus is on women empowerment, where there is emphasis on equality and opportunity,” he said on his Twitter account. 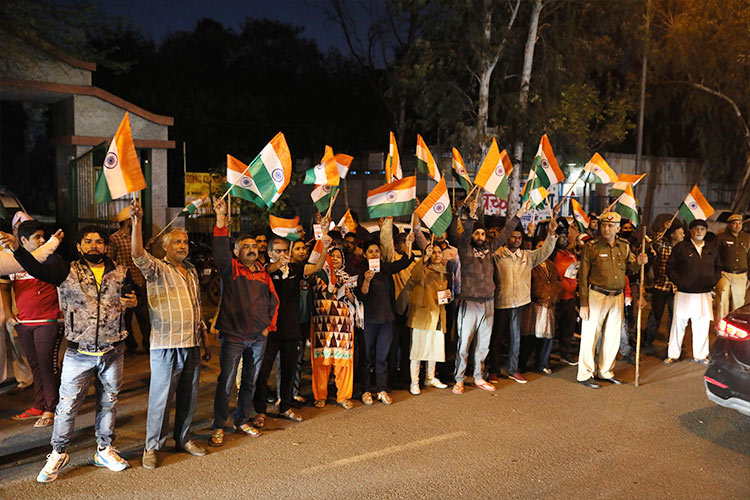 Hundreds of police were deployed outside the jail to control a crowd that waited to celebrate the executions. Dozens of people held placards hailing the hangings. The crowd chanted slogans like "Justice for women” and cheered by clapping and blowing whistles.

Another suspect had hanged himself in prison before his trial began, though his family insists he was killed. The sixth assailant was a minor at the time of the attack and served three years in juvenile detention. 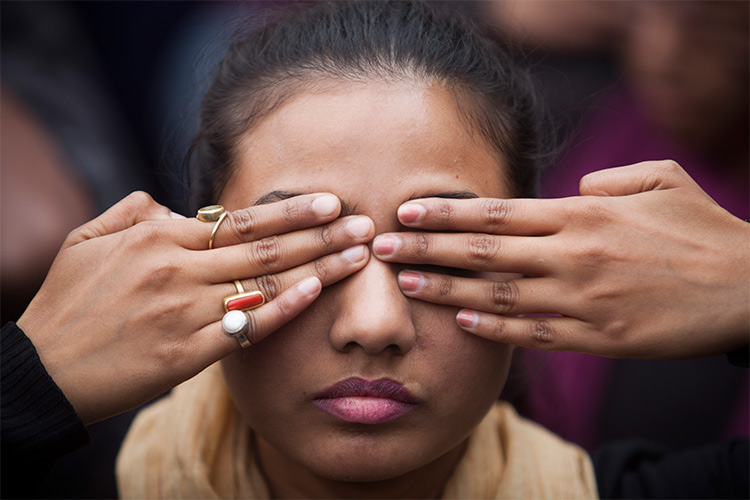 An Indian girl participates in a street play to create awareness on violence against women in New Delhi. File/ AP

"There is no evidence that the punishment acted as a particular deterrent to the crime and will eradicate violence against women,” the group said in a statement.

The executions were carried out as two recent attacks renew attention to the problem of sexual violence in India.

The real figure is believed to be far higher since stigma surrounding sexual violence keeps victims from reporting their attacks to police.