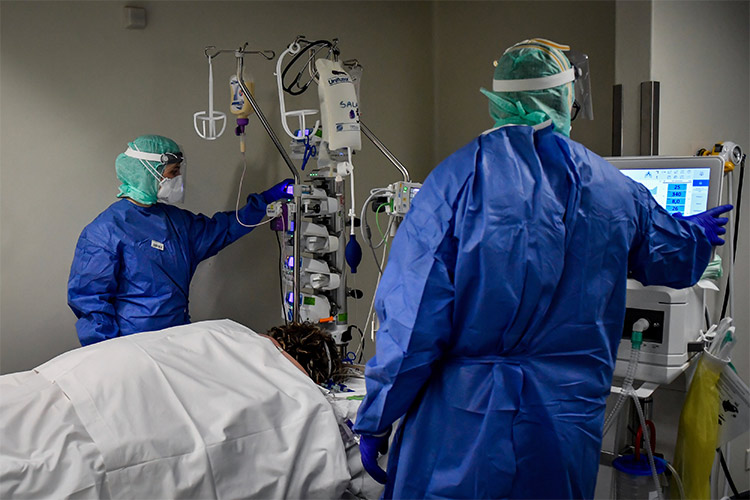 Medical personnel at work in the intensive care unit of the hospital of Brescia, Italy.

Hundreds of millions of people worldwide kicked off the weekend under a coronavirus lockdown, as the global death toll accelerated sharply and the World Health Organization warned the young they were "not invincible".

Bill Gates warned about a pandemic just like the coronavirus

The virus death toll surged past 11,000 worldwide, with 4,000 alone in worst-hit Italy where the daily number of fatalities has shot up relentlessly over the past week. 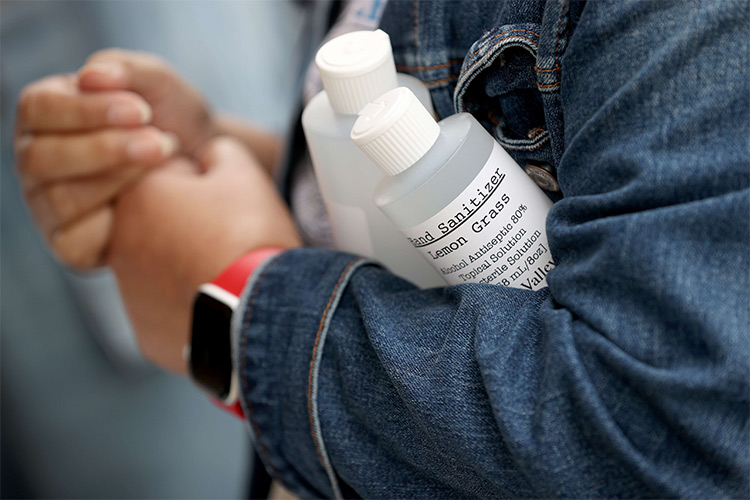 Customers purchase bottles of hand sanitizer as a precautionary.

The pandemic has completely upended lives across the planet, sharply restricting the movement of huge populations, shutting down schools and businesses, and forcing millions to work from home -- while many have lost their livelihoods entirely.

While President Donald Trump insisted the United States was "winning" the war against the virus, individual states dramatically ramped up restrictions, with New York and Illinois joining California in ordering residents to stay home.

Wuhan, China, where the outbreak began, offered a ray of hope with no new infections reported for a second day in a row and only 39 cases reported nationwide — all of them brought from the outside, the government said.

The US warned Americans to avoid all international travel and told citizens abroad to return and ordered all 40 million residents of California to stay at home indefinitely in a bid to battle the coronavirus pandemic in the nation's most populous state.

Over 1,63,000 cases have been reported outside mainland China.

At least 160 countries/regions have reported cases.

Across Europe, governments continued to rigorously enforce lockdown measures as the continent's most celebrated boulevards and squares remained silent and empty even as warmer spring weather arrived.

Italy reported its worst single day, adding another 627 fatalities and taking its reported total to 4,032 despite efforts to stem the spread.

The nation of 60 million now accounts for 36 percent of the world's coronavirus deaths and its death rate of 8.6 percent among confirmed infections is significantly higher than in most other countries.

France, Italy, Spain and other European countries have told people to stay at home, threatening fines in some cases, while Bavaria became the first region in Germany to order a lockdown.

Britain, falling in line with its neighbours in the European Union, also announced tougher restrictions, telling pubs, restaurants and theatres to close and promising to help cover the wages of affected workers. 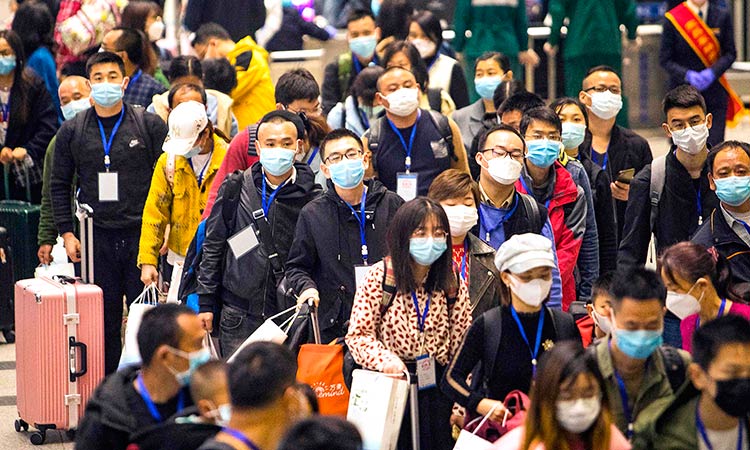 Global emergency efforts ratcheted up as death toll soars towards 15,000

Italy's world-worst toll from the pandemic approached 5,500 with another 651 deaths reported on Sunday, a day after it surpassed China with the highest number of fatalities.