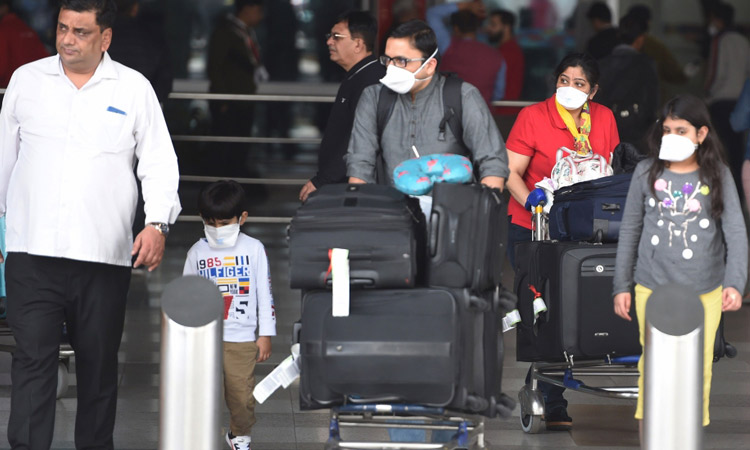 Passengers wearing face masks amid concerns over the spread of the COVID-19, walk out from the arrivals of the Indira Gandhi International Airport in New Delhi on Wednesday. AFP

New cases in India, Pakistan and Sri Lanka are all accelerating, with the total across the region nearing 700. Six people have died. 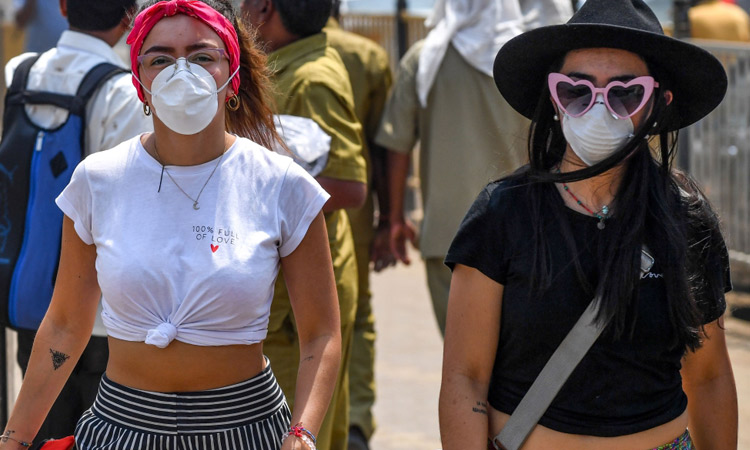 Foreigners wearing face masks walk near a hospital with a special ward for the virus in Mumbai. AFP

Authorities worry that these countries could be especially at risk should the virus begin to spread locally, due to poor health facilities and infrastructure.

India, the world's second most populous country after China, said it would ban all international commercial passenger flights from landing from Sunday for a week. The country has already suspended visas for the vast majority of foreigners seeking to enter.

Indian airline IndiGo said it would cut the salaries of most of its staff, while rivals SpiceJet and Vistara suspended international flights. 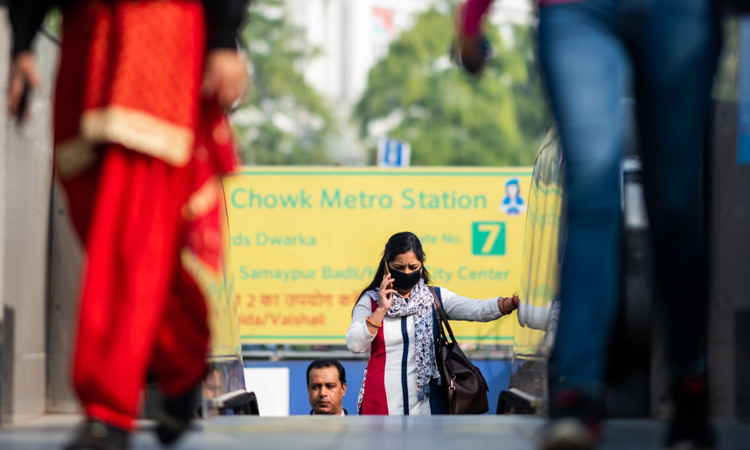 A commuter wearing a face mask uses an escalator with others as she leaves a metro station in New Delhi. AFP

In Indian-ruled Kashmir, claimed in whole but ruled in part by both India and Pakistan, dozens of people told Reuters they had been prevented from leaving their neighborhoods by police and paramilitary units.

Srinagar's senior superintendent of police, Haseeb Mughal, told Reuters that road blockades across the valley had been imposed to prevent the spread of the virus. 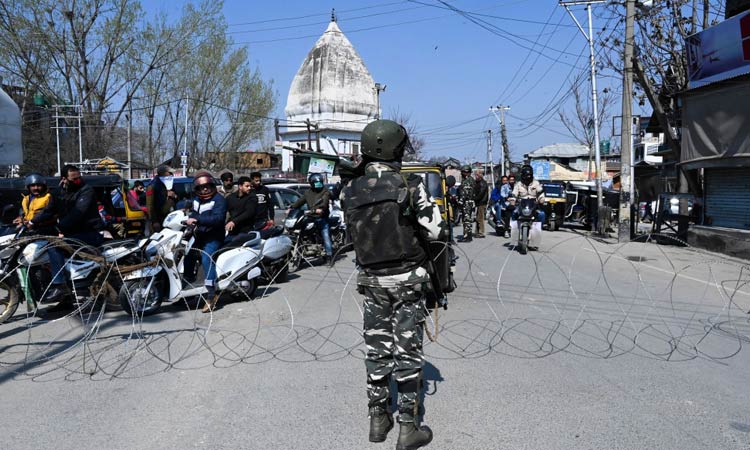 An Indian soldier stands guard at a roadblock following restrictions imposed as a preventive measure against the COVID-19 in Srinagar. AFP

"I had to take my mother to hospital in Srinagar but the police closed the road," said Mohammed Ayub, from the nearby town of Budgam.

"I am waiting here for the last two hours. I can't even go home now as the road is blocked due to a traffic jam."

In India, several areas introduced curbs on gatherings as coronavirus cases rose to 166. 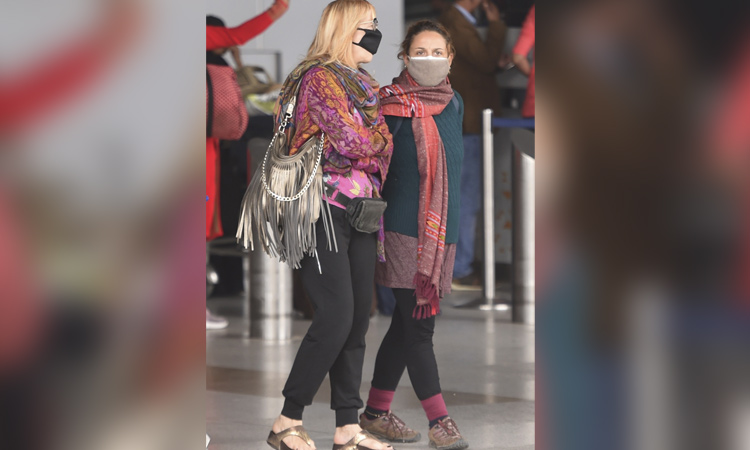 Similar restrictions were introduced in Noida, a satellite city of New Delhi.

The financial hub of Mumbai expanded its partial shutdown of offices to government buildings on Thursday, with at least half the staff ordered to work from home.

Online retailers say they are struggling to keep up with demand as consumers stockpile supplies.